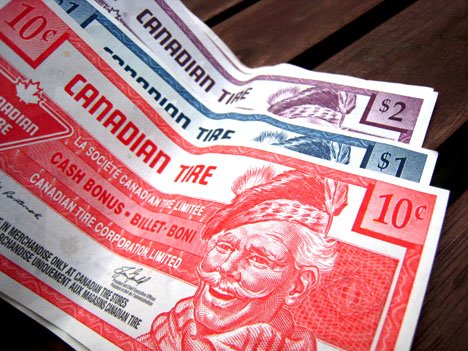 The Union Station reno plan has been made official. The six year revitalization (read: expansion) will take six years, and probably be a pain in the ass. That said, by 2016, the station will have new retail and concourse levels, better PATH paths, and an airport link. You can find a breakdown of the $640 mil deal here.

Some links might be a lot weaker by 2016. Google has said it’s going to limit the number of free articles. This follows the bad blood between the search engine and paid news providers like News Corp. over, obviously cash. So soon the first five will be free, but after you’re hooked, it’ll cost you.

Canadian Tire money might be phased out. Personally, it’s always just felt like another useless receipt cluttering the glovebox, but you know people are going to complain about it and lament the loss of a gimmick from a corporation that’s a part of our national identity, blah blah.

The US Department of Agriculture has listed PETA (and others) as terrorist groups in a form sent to animal experimentation labs, which seems harsh for the Carrot Top of animal rights orgs.

It’s finally happening – the deer are fighting back. One guy was attacked in his home by a doe and reports are coming in that deer are invading New Jersey’s Freshkills Park – probably to have a menacingly named home base for their pending war on humanity.[rssbreak]