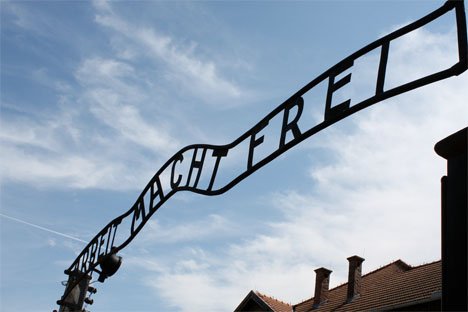 What does it take to fire Santa? Apparently a few free candy canes if you’re the Parkway Mall Claus. The man playing Santa was sacked, but the mall claims it was because “he destroyed the ‘magic'” when he pulled off his beard during an argument with bosses.

Turns out the “work sets you free” sign stolen from Auschwitz has been recovered – albeit in pieces. The thieves were just trying to make a buck.

Look at that, Thom Yorke swung by Copenhagen (with a press pass) and was disgusted by the inaction.

When it comes to housing, many people are getting worried by the new bubble that’s forming. Lil Wayne, however, is more worried about how you get the pot smell out of his tough to sell house.

Finally, as we gear up for some serious snowfall, those efficient LED traffic lights – the ones that don’t heat up – are causing concerns they won’t melt snow and completely hide the greens and reds.[rssbreak]