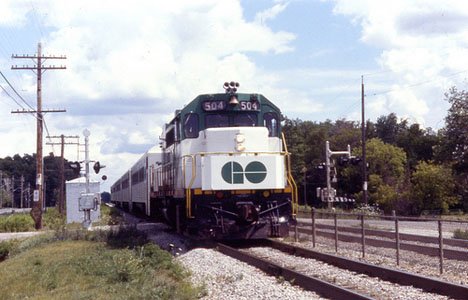 Think the Metrolinx/GO plan to run 450 diesel trains through Toronto, as a plan for our future, is completely nuts? Well, there’s a rally today from 10 am to 2 pm starting at Yonge-Dundas Square. Help make the point that the electric train is the only reasonable solution.

A grown man playing with his Lego handgun got a little dose of Toronto’s Emergency Task Force after they got a call about a gun at 460 Richmond West. In hindsight you might think “oh, police are dumb, that’s Lego”, but take a closer look at the faux weapons with functioning triggers, hammers, slides and mags. Now, decide if you’d think this was a gun if someone was fooling around with it in a window.

All you World of Warcraft people can give up now. There’s a winner (albeit contested). A Taiwanese man killed 390,895 creatures, accumulated 7,255,538,878 points of damage and has a bunch of other meaningless statistics from the fantasy MMO.

So Tiger’s got it bad. Maybe he can Google his way out of it, like this mock Google ad suggests.

Finally, want to know what it feels like to see Greenland melt away? Intelligent Life has a great story from the perspective of hunters and scientists there.[rssbreak]