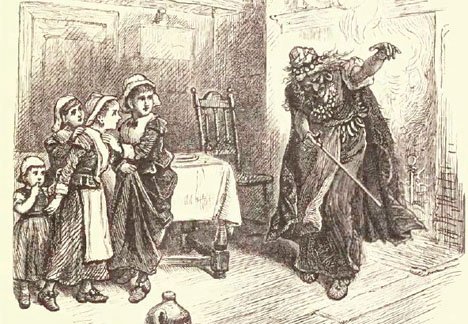 Sad you’re not in Copenhagen right now? It’s not getting rid of the slush, but the COP 15 iPhone app does an amazing job of listing docs, articles, tweets, and sharing videos and photos.

Now Canadian Olympians are sharing their disappointment with the Harper government’s inaction on climate change. The way we’re going, places like Whistler can expect a five-degree temperature jump over 70 years, and there won’t be any cross-country skiing in Ontario by 2050.

Did you know Mayor Miller is the Chair of the C40 group of major cities battling climate change? Well, he is, and this morning he’ll sign the Hopenhagen petition before heading to the Copenhagen Climate Summit for Mayors.

A little egg on the Canadian Recording Industry Association’s (CRIA) face: the group known for hunting file-sharers, is now looking at a $6 billion lawsuit over copyright infringements in 300,000 songs they allegedly exploited.

Finally, a Toronto woman has been charged with posing as a witch. No word yet if the float test is going to be used to determine whether she’s lying.[rssbreak]