Giambrone's mea culpa on multiple trysts, BlogTO might have given you a virus, and beer is good for you 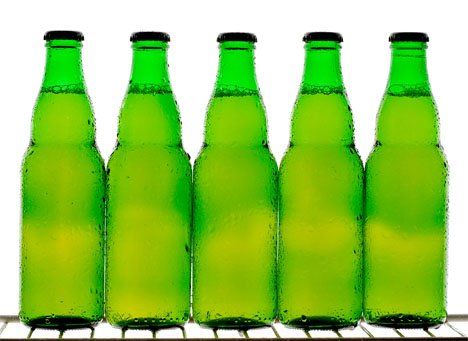 Adam Giambrone’s sticking to his mayoral bid, and saying he’s learned from the “scarring experience” in a mea culpa following his romantic double trouble (which according to the audio involves more than just this Lucas character). Unfortunately, the internet’s also living off the scarring experience with photos of Kristen Lucas (which the Sun expands on), and screen grabs of her tweets. By the way, her nickname was Pornomouth.

It’s tragic to have a long-time partner, the kind that you visit daily, tell you they’ve discovered a virus and you could be infected. The only time it’s mildly amusing is when it’s BlogTO’s website and the infected party is your computer. Kind of weird how they didn’t shut down and let people get infected for weeks.

Good news! Beer is good for your bones. Just don’t crush said bones with the pounds you put on participating in this health trend.

Unrelated to beer, Buzz is yet another social tool that will pop up in your Gmail Inbox (if it hasn’t already).

Imagine you’re against the U.S.’s overseas wars, and then the Air Force Reserves steals your song and plays it in an ad to the biggest television audience ever. Yes, it happened to the White Stripes.[rssbreak]