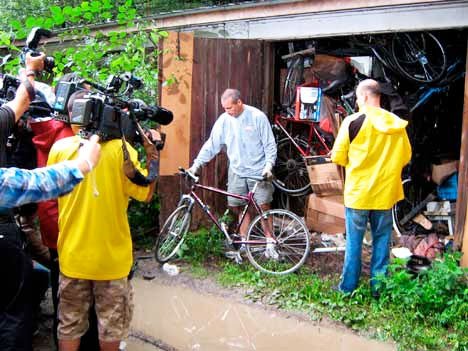 The Vancouver Olympic Games are starting today. Residents of Vancouver aren’t so happy with 63 per cent expecting a deficit, and 37 per cent feeling outright disgust at VANOC.

It’s looking increasingly unlikely that Adam Giambrone will even run for re-election of his council seat. It’s been a bad few days.

Igor Kenk had his assault charges stayed. He’s already got a 30 month sentence from a stolen bike possession plea bargain as the “scumbag’s” story is drawing to a dissatisfying close.

Some guy has written, performed and posted to You Tube a little song about the TTC. Awesome or awful?

Hey aspiring journalists, the Wienermobile is looking for drivers![rssbreak]