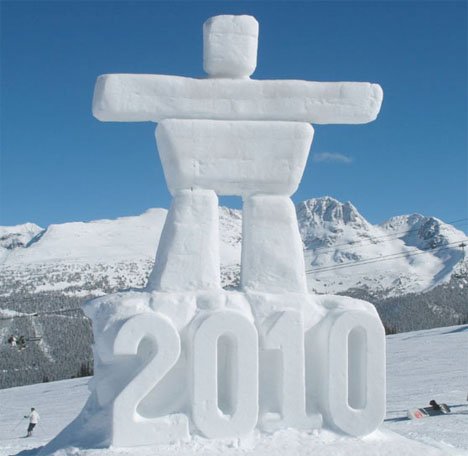 We’re only a few days into the Olympics, but The Guardian is already calling Vancouver the “worst Games ever” – largely thanks to VANOC, but also weather and technical problems.

As if it’s not enough for Stephen Harper to dislike gays through actions like explicit hate-ons for funding Pride, now he’s going to actually disrupt it by shoving the G20 down Toronto’s throat.

Meanwhile George Smitherman and husband Christopher Peloso are very close to being the proud papas of an adopted son.

Topping the list of ill-conceived and poorly executed buttons, these “I Slept with Adam Giambrone” buttons. They have that novelty kiosk shamelessness blended with last-week’s-news irreverence.

So John Mayer seemed like an okay guy, even if you hated his music. But last week he let people know he has a David Duke penis, meaning he likes to bed Caucasian women. Here’s an interview with the guy who wrote the 7000-word Playboy story that caused the stink.[rssbreak]