Jarvis lanes back in spotlight, Miller wants a G20 cash contract, and TTC won't be an essential service 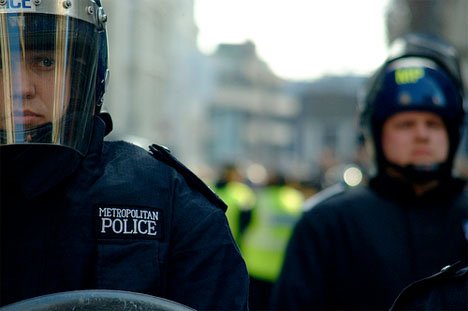 Expect this kind of welcome when the G20 comes to town. Photo: Iain Winfield

The Jarvis lane increase, specifically, bikes lanes, is back in the news thanks to Rocco Rossi blasting out press releases about how the rework of the road is an affront to democracy.

Meanwhile, talk of declaring the TTC an essential service is back with a private members bill tabled by ex-health minister David Caplan. The last time this issue came up, the city voted 23-22 against asking the province to look into the move. And this won’t matter, because the city’s not asking for it. Thanks for wasting everyone’s time, Caplan.

But sometimes the city does get something forced down its throat – like the G20. Miller knows exactly how much he can trust Harper and his cronies. He wants the whole deal in writing so Toronto doesn’t get screwed over with paying for this pain-in-the-ass conference.

One senator is saying RCMP officers should have mounted cameras on their bodies to keep them accountable when they do things like Taser innocent people to death.

What? You mean governments kill people? Well, looks like the US government killed 10,000 during Prohibition. They wanted to scare people away from bootlegged alcohol by poisoning it before it went out.[rssbreak]