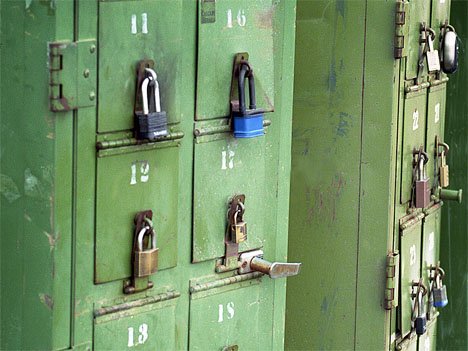 Canada Post’s rates are up starting today. That one letter filled with post-dated cheques I send to my landlord is going up three cents to 57 cents. The “you suck, get off television” letter I’m sending to Leno is going to cost me $1 – up from 98 cents.

This post price news, blamed on upgrades and expansion, is clearly more important to businesses.

Different tiger news today: the Southern Ontario township that couldn’t stop a man from keeping dangerous wild cats (a 10-year-old had already been mauled on the property) saw their problem solved when a tiger killed the owner.

Know someone leading the way to a greener Toronto? Nominate them for a 2010 Green Toronto Award. The deadline for nominations is February 12.

Torontoist had a funny post about how Toronto transit passengers had plenty of the same complaints in 1899 as they do now. Hey, you know what would be fitting? Since the service is trapped in another era, make the staff wear those dapper uniforms.

Finally, Canwest is losing its newspaper empire. Papers that include the National Post, Montreal Gazette and Ottawa Citizen – among many other major dailies – are expected to fetch $1-1.5 billion, or, at best, half the $3 bil Canwest originally paid.[rssbreak]