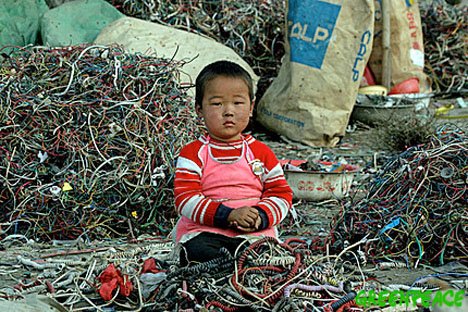 Good morning! And welcome to the most depressing day of the year. Equally depressing: the bad science behind the calculation of “Blue Monday”.

Greenpeace has a basic illustration of which electronic gadget companies are greenest and which you should avoid. Looks like Nokia, Sony and Apple are in the lead.

One more option for donating to the Haiti relief effort: a Pat Robertson voodoo doll on eBay.

Apparently we’re paying too little for energy. The argument for making people pay critical-peak-pricing (where the price jumps drastically on days where we’re all blasting the A/C) in addition to the time-of-use pricing we’re getting, can be found here.

Finally, if you think nobody is reading your tweets, the arrest of a man in the UK – who threatened to blow up an airport after snow delays – should scare you. His iPhone, laptop and home computer have been taken away. Guess he forgot to include an appropriate emoticon.[rssbreak]