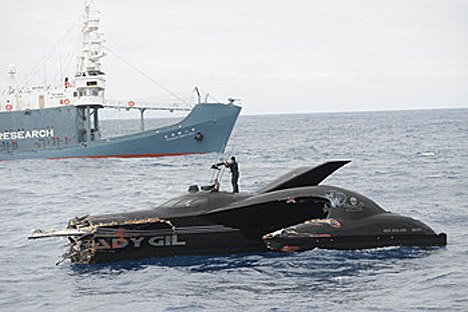 John Tory’s somewhat surprising announcement that he’s not running for mayor, has been followed by George Smitherman’s quick entry into the mayoral race.

Toronto might be getting a 150,000 square-foot aquarium at the foot of the CN Tower. The deal is with Ripley’s, as in Believe-it-or-Not, so you have to hope this area isn’t going the way of Niagara Falls. The plan is in early stages, so there’s no word on whether it will be more or less depressing than Marineland.

If you’re already waiting out the death of Twitter, you might have a long wait on your hands.

The University of Victoria was tired of waiting for a dorm resident to move on. He graduated in 1997 (and moved in circa 1991 – roughly when first-years were born) but kept living in res without taking courses. An undisclosed disability helped the issue drag through court for nearly two years before the eviction went through.

Remember that high-tech Sea Shepherd boat, the Ady Gil, which looked like something Batman would pilot? Well, it’s gone. Sunk by a Japanese whaling boat.[rssbreak]