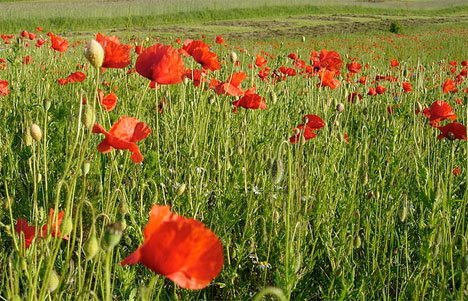 Rumour has it Toronto will be paying (at least some part) of Corey Haim burial costs. The city’s not confirming nor denying, but if the assistance story is true, it illustrates just how bleak Haim’s situation was. Hell, he even tried to sell a tooth as a collectible.

UPDATE: A release from the city now states: “The City of Toronto has never received an application for assistance with the funeral costs for Mr. Haim”. So, there goes that rumour.

Good news for poor nations without access to codeine: scientists have figured out how poppies produce their valuable narcotics. The info will be useful in creating cheap synthetic painkillers.

A new threat looms to local booksellers, this time on the online front. It looks like Amazon is trying to shift foreign ownership rules, which would make it a lot cheaper to get their books here. The feds hold the cards on approving a shift based on Amazon opening a Canadian distribution centre, and could set a precedent for more foreign encroachment.

Did you know people possessed by the devil puke glass and iron? Well, so says the Vatican’s chief exorcist, who also says sex-abuse scandals are evidence of the Anti-Christ’s war on the Church. Obviously.

Finally, evidence is surfacing that the CIA tested LSD on the general public, releasing it as a gas in the New York subway system. So the US government really think drugs are unsafe, hey?[rssbreak]