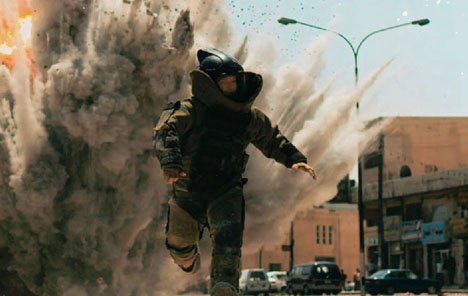 In light of today, it’s a nice coincidence that Kathryn Bigelow was the first woman to win a directing Oscar last night. But wow, this took a shamefully long time.

Now that The Hurt Locker has won, read some of the unrealistic moments of the film as described by Canadian EOD soldiers in Afghanistan.

Ugh, the first day back from a vacation makes the buzz of my alarm really painful. Not as painful, however, as the buzz of Porter and their ever-expanding horror show on the Toronto Islands. Yes, they’re expanding, again, and cocky head Robert Deluce says he has no plans to stop.

While I was in the US, it really hit home how cheap their cell phone plans are, but there’s apparently hope in last week’s Speech from the Throne, which vaguely suggested reducing foreign ownership restrictions. But it’s also unclear what will change, so don’t hold your breath.[rssbreak]