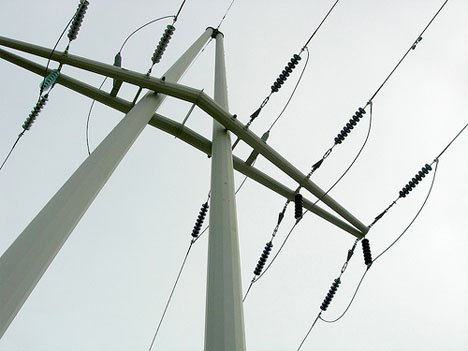 Hydro for sale? Yes and no. Photo: flickr.com/photos/mukluk

Ontario gave its Speech from the Throne yesterday, which seems to be heavily weighted on creating a water economy in Ontario, a $400 bil market that keeps growing. There’s also a plan to increase university spots by 20,000 – but that includes selling spots to foreign students (who pay up to four times more). There’s also going to be some kind of scheme to have hospitals compete for who’s the cheapest.

There’s clearly an attempt here to deal with the $24.7 billion-deficit.

And while Ontario’s finance minister is promising not to sell the LCBO and Lottery and Gaming Corp., the beasts – along with Ontario Hydro – will be morphed into a $60 mil super-corporation that can bid to run US lotteries. The kicker would be selling shares in the super-corp, but only a third or just below half, to make the public feel like we still own the stuff.

Also unleashed on the public: Igor Kenk. The bike thief is out of jail, back at home and asking for privacy after serving two years – so it doesn’t look like he’ll be swinging pipes or selling your bike back to you anytime soon.

There’s some info on a GPS tracking system for TTC vehicles called Nextbus. It seems to be working but only for seven routes, so it’s hardly useful to most people. Still, it keeps hope alive that people won’t have to stand around when they know a streetcar simply isn’t coming.

Finally, why not have some cheese for dinner? Yes? Why, then, not have some human breast milk cheese for dinner! The chef behind making cheese from his wife’s boob secretions is a pro – he even beat Bobby Flay on Iron Chef. Anyway, here’s his step-by-step breakdown of how to make the tasty teat treat.[rssbreak]