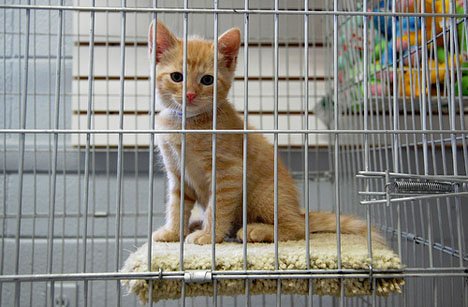 With all the madness around the Toronto Humane Society, it’s really important that you know the Etobicoke Humane Society is a completely separate entity. I had some amazing foster kittens from there and that place could really use your help if you’re planning to adopt a pet.

Ever hopped on your bike a little drunk? One German student did, and besides getting a fine – which isn’t really wild news – he was banned from biking for 15 years. Maybe German police don’t have much to keep them busy, but how do you enforce that?

Our nuclear insurance plan just got a hefty raise, which doesn’t inspire confidence on two fronts: first, the liability cap for Pickering jumped from $75 mil to $650 mil, and second, that figure should probably be in the billions for an aging plant like Pickering.

Payout money doesn’t even matter with this federal government because, even when they promise funds, they don’t deliver. Example: under one per cent of $1.5 bil in social housing funds has seen the light of day since being promised over a year ago.

To round out the bummer Monday round up, the last un-contacted tribe in South America (outside the Amazon) is under threat from Paraguayan ranchers who are bulldozing their UNESCO Biosphere Reserve.[rssbreak]