Peter MacKay's entry into the leadership race may signal the end of the party's populist experiment, but Stephen Harper will have something to say about that 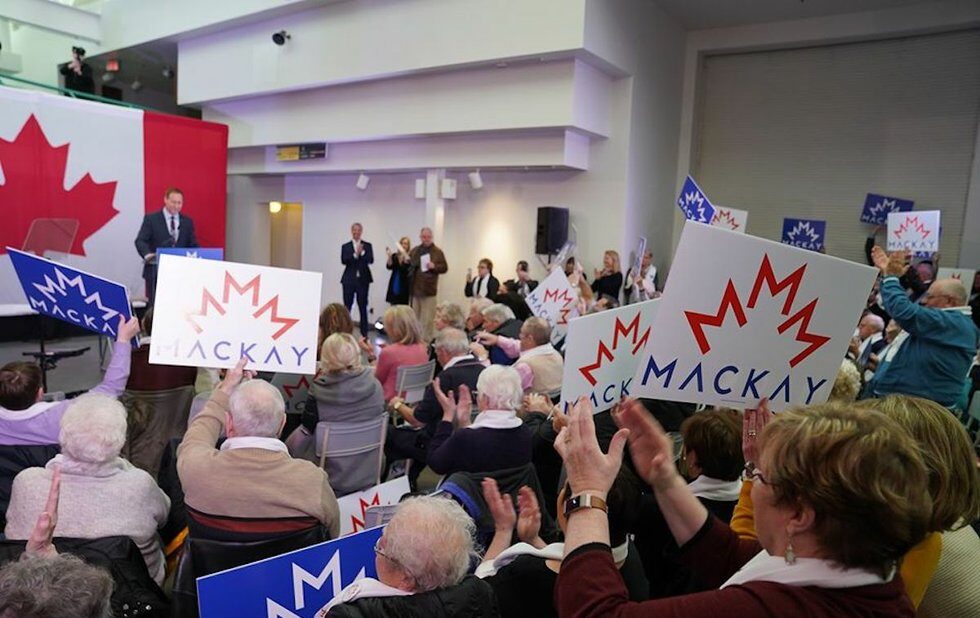 Peter MacKay made it official on Saturday. He’s running for the leadership of the Conservative Party of Canada.

That was no secret. He tweeted his intentions more than a week ago.

Now the hard part – to unite a party divided and clearly out of touch with the Canadian electorate.

On that front, MacKay has come stumbling out of the gate. His carefully choreographed launch was clearly intended to speak to the party’s right flank. First, there was the sit-down exclusive interview with the Toronto Sun’s Brian Lilley – at a Tim Hortons in Toronto, no less – to put to rest those questions about MacKay being too “Red Tory.”

Then there were the obligatory shots at Trudeau not being man enough to be PM in MacKay’s campaign-style stump speech broadcast on Facebook from small-town Nova Scotia. MacKay plays hockey, Trudeau does yoga and wears costumes, don’t you know.

And with that MacKay staked his claim to a party leadership that is looking more like a coronation now that he’s the only credible candidate standing. Unless, that is, Stephen Harper decides to jump in. Don’t’ look now, but the prospects of the former PM returning to the fray has been trending on Twitter.

At this rate, anything is possible. The race to replace Andrew Scheer has turned into an Agatha Christie novel. That’s the way one Ottawa political observer described the drama earlier this week. He was being too kind. Candidates have been dropping like flies.

Rona Ambrose is out. Ditto for Jean Charest. Pierre Poilievre also took a dive. None of the credible contenders who had reportedly been considering a run are left.

The other pretenders to the crown are no names who have a history of lighting themselves on fire. They’re also from the party’s social conservative wing, save for Erin O’Toole, the 2016 also-ran who is reportedly set to officially announce his bid on Monday in Alberta.

But this leadership was always MacKay’s for the taking, as long as Ambrose didn’t run. Barring a catastrophe, it’s now also MacKay’s race to lose.

MacKay’s supporters are selling his candidacy as a change in direction for the party – one that’s less mean-spirited, more policy-focused and with someone at the helm who can win in urban areas.

But whether MacKay’s candidacy means the end of the party’s decades-long, and populist inspired Reform experiment under Harper and then Scheer is an open question. It’s not completely dead yet. And nor is Harp’s hold on the party.

There has been a lot of BS about that lately, ever since Harper stepped down as a director of the Conservative Fund, the party’s fundraising arm.

Word on the street was that Harp was moving away from his duties with the Conservative Fund to give himself space to more actively take part in the party’s leadership. He reportedly wanted to stop Charest. There’s some bad blood between the two that goes back to Charest’s tenure as Quebec premier.

The truth is less romantic. Harper was on his way out anyway after Scheer’s demise (yes he knew about the sweetheart deal Andy got from the party to pay for his kids’ private school education). Harper left the Conservative Fund because he wanted to save himself the embarrassment of being fired – and that was going to happen whoever the new leader.

However, Harper’s psychological hold on the party remains.

Kory Teneycke, Harp’s former director of communications, who until recently has been doing work for MacKay, had a lot to say about that in a recent column for the CBC. And how any of the candidates seeking the leadership would have to, as he put it, “kiss the ring of Harper’s legacy.” Such is Harper’s influence in Con ranks.

Which is why all of a sudden there’s wild speculation of Harp making a comeback. You heard that right. It’s no coincidence. For many in conservative ranks wary of a more moderate turn, Harper represents the only way to save the party from itself.

Charest hinted at that reality when he dropped out of the race saying that the Conservative party as currently constituted is not conducive to “outsiders” like him. It would be more accurate to say that Charest couldn’t win enough support from the membership, but Charest is right.

The Conservative Party is no longer the party of Charest, or MacKay for that matter. The now presumptive favourite to take over at the helm will need to bring all those much-talked-about hockey skills to bear to stickhandle around the so-con caucus still very much in bed with Scheer – not to mention those deep-seated feelings of alienation and resentment in Con ranks out West, where the party’s base is now firmly ensconced.

There’s some lingering animosity between Harper and MacKay, too. That goes back to when Harp stabbed MacKay in the back when the Canadian Alliance merged with the PCs to form the modern-day Conservative Party.

It’s not clear whether he’s a fan of Agatha Christie, but the former PM is known to love a good thriller. He’s a devotee of Murdoch Mysteries. He made a cameo on the Victorian-era Canadian crime show in 2011. Back then he played a clueless cop. He’s fixing to play a bigger role as enforcer in the Conservative leadership spectacle should MacKay’s entry turn the race into a battle for the soul of the party.