Nightlife is drowning the day life out of west-end strip 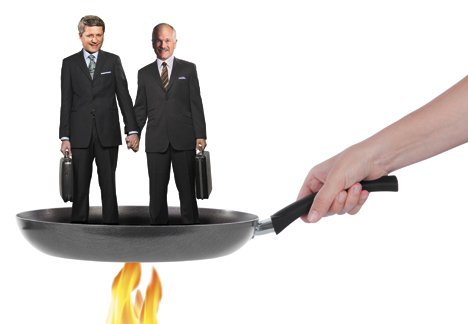 “We hate bars, we’re against fun,” jokes Misha Glouberman. The founder of the Queen Beaconsfield Residents Association is illustrating the complexity of bringing balance to a neighbourhood that both enjoys and suffers from a swelling bar scene.

Residents near the strip of West Queen West bordered by Dufferin on one end and Dovercourt on the other live in a polarized neighbourhood: teeming sidewalks for late-night drinking and deserted pavement through the day.

And depending on whom you ask, this is either a sign of a living city’s natural growth in entertainment destinations or a symptom of a community’s vanishing variety in the face of too much of a good thing.

“It’s good that our nightlife has been getting better over the last couple of decades,” says Glouberman, stressing that he’s not looking for a moratorium on joy. He just wants Toronto to recognize that West Queen West’s unbridled bar concentration needs some sober thought.

Locals are also looking to experience across the border. “There are laws on the books in New York that say you can’t have more than three bars within 500 feet,” says Glouberman. “We have 10, and 20 would still be allowed.”

There are exceptions to New York’s State Liquor Authority rule, but they must be deemed “in the public interest.”

On West Queen West, this might mean that smoking areas, impromptu urinals and shrieks of revelry mere feet from sleeping residents’ windows would scuttle a liquor licence application instead of encouraging locals to move elsewhere. But that’s not everyone’s take.

“It’s what living in a city is about,” counters Richard Lambert, owner of the Social, a bar on the strip with its fair share of midweek DJ nights. “I just think Queen West has become part of the city, where a while ago it was more of a suburb.”

He’s says he’s not a big, bad wolf, and has put money into soundproofing and better security in the spirit of being a good neighbour. As for uncontrolled proliferation, Lambert points to the city nixing his expansion plans for the now-defunct Spin Gallery as evidence of control.

The Queen Beaconsfield Association’s grievance is entirely out of place, Lambert says. “Smart people aren’t complaining,” he says, suggesting that most understand that the strip supports the area and raises property values.

Noise, he says, “really only happens for a couple of hours. If you walk [by] in the morning, you wouldn’t know there were a ton of people there on Saturday night.”

But in a strange way, the contrast of calm mornings in this party zone only serves to highlight residents’ concern that homogeneity is taking too high a toll.

It’s not like there’s one bad bar to target. Bar over-saturation is about too many okay places participating in a collective street party. It’s like thousands of drinkers all whispering at the same time: they still make noise.

Giambrone agrees. “West Queen West has a lot of galleries, but as it tilts to alcohol-only, its ability to be a viable district for anything other than drinking is affected,” he says. He points to Queen east of Trinity Bellwoods and to Roncesvalles as exemplars of diverse strips where you can have dinner, grab a coffee and go shopping at any time of day.

But when it comes to easy fixes, Giambrone says his options are limited. “In the past, I could write, ‘As the local councillor, I’m concerned about the bars,'” he says. “Now you have to go to council to officially object to a bar.”

Fuelling frustration is the quasi-judicial Toronto Licensing Tribunal, an arm’s-length adjudicating body of citizens that meets weekly on issues referred by the city’s licensing and standards division. The tribunal has the power to “grant, refuse, suspend, revoke or place conditions on a licence,” according to the city’s website.

“They rarely pull or deny licences,” says Giambrone of the body.

The province could help, but legislative change affects all bars in Ontario and can take years to adopt. Still, there may be good news for sleep-deprived West Queen Westerners. First, the planning department is preparing a report on that swath of Queen West real estate for 2009. And second, new rules are being phased in by the Alcohol and Gaming Commission of Ontario [AGCO].

The AGCO’s new risk-based licensing does away with blanket conditions for liquor licences, so Club Mega-Volume won’t be treated like Gran’s Friendly Diner.

“All of this will be on a case-by-case basis,” explains AGCO spokesperson Lisa Murray. “If there’s a concern with noise issues or garbage, they [bar owners] can be required to put in a nuisance plan or some other conditions, like ‘no amplified music on the patio.'”

The first phase began in July for all new applicants. The next will include bar ownership transfers, and by spring/summer 2009, bars renewing their licence could face conditions if their past conduct, neighbourhood or complaint list puts them at a higher risk.

These changes don’t address the issue of over-saturation, though they just toughen it for new joiners.

“All that stuff is theoretical,” says Glouberman, noting that there are already licence rules about noise, but in practice “the number of licences suspended or revoked for violations of that condition is approximately zero.”