NOW MagazineNewsSlaves to the sheaf

Slaves to the sheaf 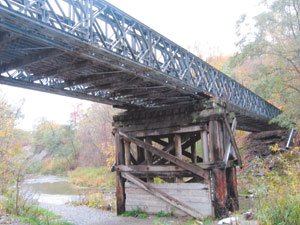 As prices for rice, wheat and corn hit record levels globally, the media and stock traders are having a heyday with stories about the end of cheap food. But reports of the death of cheap food are greatly exaggerated. The more interesting threat is that we will have expensive cheap food.

That’s because monopolies, centralization and uneducated tastes are the cheap tricks of the cheap food industry. And of 7,000 plant species that can be cultivated by humans, only 150 are grown commercially, and the three mentioned above represent half the calories consumed in the entire world.

But we get ahead of ourselves.

The price hysteria proceeds apace. Donald Coxe, global portfolio strategist for the Bank of Montreal, claims food scarcity has become the world’s second-biggest danger after the threat of nuclear war.

The expanding middle classes of India and China want their share of meat, dairy and egg products, and that’s driving up the price of feed grains that fatten livestock, Coxe says.

“We are facing the real possibility of the worst global food crisis for which we have records,” he told a Toronto business crowd in mid-February, a crisis that will probably require a major boost in spending for genetically engineered products to meet the demand.

The editor of influential U.S. mag Foreign Affairs has sounded similar alarms about the challenge of feeding an expanding global middle class of meat and grain eaters while holding the line on prices in North America and Europe.

Cheap food, most visible in burger and junk food chains, has been part of the global food scene since the 1970s, when (as my forthcoming book will show) the U.S. economy was re-engineered to become exporter of junk food to the world and importer of cheap manufactured goods.

See how this reverses the old notion that “advanced” countries are industrial? (We still use an old vocabulary that describes affluent countries as industrialized, and poor ones as developing or industrializing, but most affluent nations are no longer industrial, and most industrializing ones import their food from Europe and North America.)

The building blocks of cheap food are cheap grains. Cheap grains produce cheap sugar, like the high-fructose corn syrup that has invaded most beverages, cereals and baked goods. Cheap grains also produce cheap meat and dairy, since pigs, chickens, cows and cattle can all be fattened quickly in barns, instead of slowly in fields, munching on grass. Once-cheap grains are now being used to feed cars, thanks to U.S. and Europeon subsidies for farm-grown ethanol.

Although most North Americans reel from the thousands of food choices presented in supermarkets, half of what sustains us comes from rice, wheat and corn (maize). That’s not exactly putting all our eggs in one basket, in terms of food security, but it’s close.

According to Loren Cordain’s excellent Cereal Grains: Humanity’s Double-Edged Sword, here is what global food crops looked like in 1999 (in millions of metric tonnes): over 468 of wheat 429 corn 330 rice (accounting for about as much global warming as beef, since the crop is grown underwater and blows off methane) 160 barley (good old beer drinkers) rye in 13th place with 29 oranges in 26th place with 4.4 onions in 29th with 2.6 and mangoes in 30th with 1.8.

The top four weigh more than all the rest combined.

Wheat is number one. As Guelph University’s Tony Winson likes to say, the fact that wheat bakes into puffy breads and pastries lets capitalists sell air.

This is the wonderfully diverse and choice-filled diet brought to the world by the global cheap food system.

Because the big traders and processors like it when their order desks and assembly line set-ups aren’t cluttered with a huge line-up of different crops, they believe the less, the better.

Thus, grains that are more nutritious and easier to grow without irrigation or other environmentally negative interventions have been marginalized. Farmers in the dry southeast of India are encouraged to grow wheat instead of millet, for example.

The fact that barn-raised livestock consumes a lot of wheat and corn does not have to mean that buckwheat, millet, oats, sorghum, teff, rye, spelt, amaranth and chia, all more nutrient-rich and easier on the earth than the big three, get shunted to the back acre.

Nor does it have to mean the same for potatoes (not the ones bred for french fry and potato chip production, but sweet potatoes, cassava, yams and other root crops) that match grains for nutrients.

Once farmers learn to grow these less common grains and tubers, they can be harvested for the same or less cost than the Big Three. And since they’re not used to feed cattle or cars, these’s less non-human demand to make them pricey.

Low prices and high convenience served as the modern-day Trojan Horse that allowed major agribusiness firms to take cheap U.S.-grown foods global. But low prices can no longer attract enough crop to meet demand. The original design of the fat-of-the-land high meat, high carb, high sugar system, after all, was for a world of 3 billion people, not 6 billion soon heading to 9.

The basic infrastructure of monopolized and centralized trading companies, processors, fast food chains and supermarkets is still intact. So is widespread lack of awareness of alternative tastes and crop possibilities.

These factors – not a rising world population or rising income levels of people in the global South – are the root causes of today’s rising food prices, causes that are within the power of individuals, communities and governments to correct.

Rank of countries in WHEAT PRODUCTION

Rank of countries in CORN PRODUCTION

Rank of countries in RICE PRODUCTION

Sources: Stats Can Food and Agriculture Organization of the UN