On a rolling farm in Ayton, northwest of Toronto, next season’s hottest fabric supplier is busy grazing the fields. Heritage sheep may not be new to these parts, but having Upper Canada Fibreshed fibres – locally grown, spun, woven and sewn – on Toronto runways is. Especially paired with a fringed miniskirt that was handwoven from discarded denim.

“People are starting to question their prejudices around sustainable fashion,” says Deaven-Smiltnieks, a Los Angeles native who worked at fashion supply giant Li & Fung before discovering the locavore fibreshed movement while helping her upstart farmer friends on weekends. “A lot of fashion brands are starting to approach me about how they can incorporate sustainability into the process.”

After years of being dismissed as fashion’s dowdy cousin, sustainable clothing is back and stealing the show – striving to clean up the apparel biz’s rep as the second-most-polluting industry on the planet.

Celebs like Emma Watson are Instagramming their latest eco outfits. Big-name fast fashion brands are getting in on the action, too, hustling to offset the bad karma that comes with choking the planet with 150 billion near-disposable garments a year.

Mango has a new, mostly organic cotton collection in stores this season called Mango Committed. Zara has rolled out more than 150 products for the second season of its Join Life collection, spotlighting, amongst other green fabrics, a cool new closed-loop material called Refibra made of recycled Tencel and cotton scraps.

H&M’s Conscious collection is bigger than ever, including – just in time for Earth Day – a pleated gown in a fabric called Bionic, a polyester made from recycled plastic shoreline waste. The Swedish clothing giant now says it is 26 per cent of the way toward its target of using exclusively sustainable fabrics by 2030. 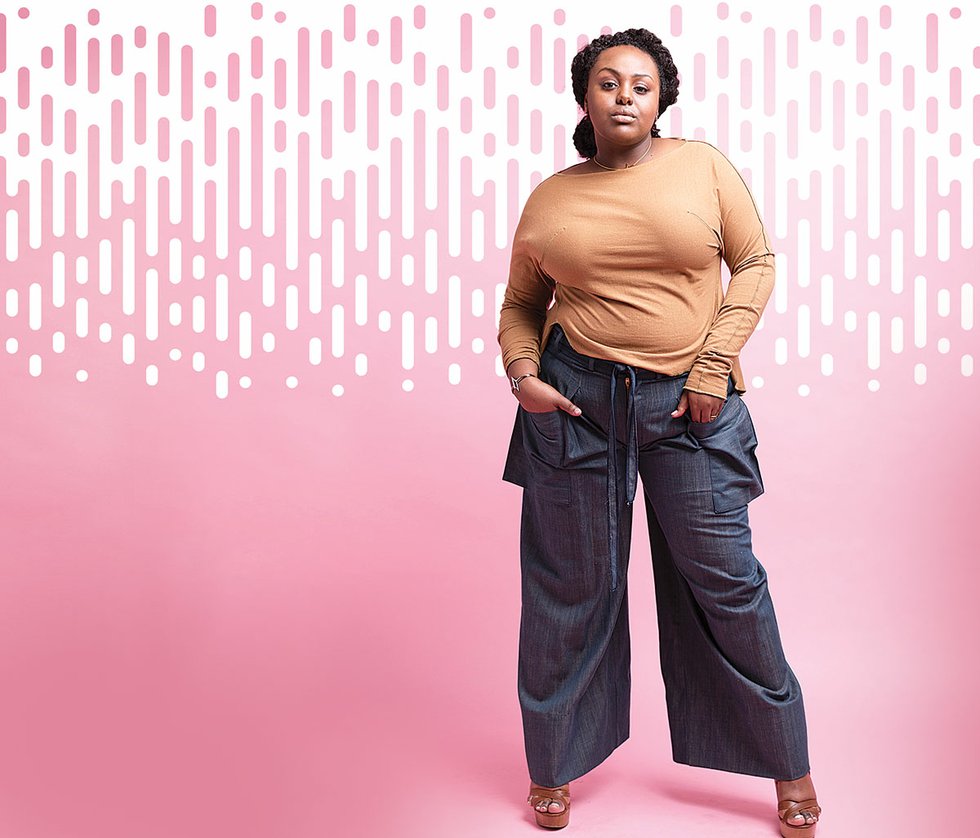 Of course, we’ve seen the big brands dabble with eco collections before.

Aritzia (with its once-green Community line), Lululemon (the Oqoqo line), Levi’s, even La Senza had organic collections a decade ago but pulled them when green resolve at the top waned, yawn-worthy collections sputtered on the sales floor and consumer attention wavered. The 2008 recession ate up dozens of indie eco brands, too.

This time around, will sustainable fashion be able to sustain itself?

One hopeful sign is the tent at Vancouver’s Eco Fashion Week, which had more applicants than ever this year. It’s also more inclusive than when it started in 2010.

“At first I had a more rigid mind about how to be eco,” says EFW founder Myriam Laroche. “It was not working well. We realized every brand has to find its own eco recipe, depending on its financial and material resources and values.”

In a fashion context, the definition of “sustainable” can vary widely depending on the brand, but it generally involves some combination of greener supply chains, sourcing eco and recycled fabrics, manufacturing locally or “ethically” offshore and minimizing waste, polluting chemicals and energy consumption.

Part of the problem with the last green boom-bust was that brands were going after the wrong market.

Today, ethical fashion brands are going after a growing demographic of “aspirationals” – a mix of hopeful millennials and Gen-Xers that like to shop but prefer supporting brands with integrity.

In the past, a lot of companies just slapped “organic” or “green” on garments because it was trendy.

“They put the cart before the horse and jumped on the green bandwagon without taking a look at the entire operation,” explains Kelly Drennan, who’s worked with over 400 designers and brands as founder of sustainable fashion non-profit Fashion Takes Action. “They didn’t see the return on investment because consumers weren’t educated. The business case for sustainability wasn’t there.”

In a post-Paris-climate-change-agreement world, economic drivers for sustainability have changed gears.

“There’s a lot more awareness around how to have a triple bottom line approach [people, planet, profits],” says Drennan. “Brands are entrenching sustainability throughout the supply chain. They’re building proper sustainability teams instead of just tacking on a sustainable marketing director and greenwashing.” 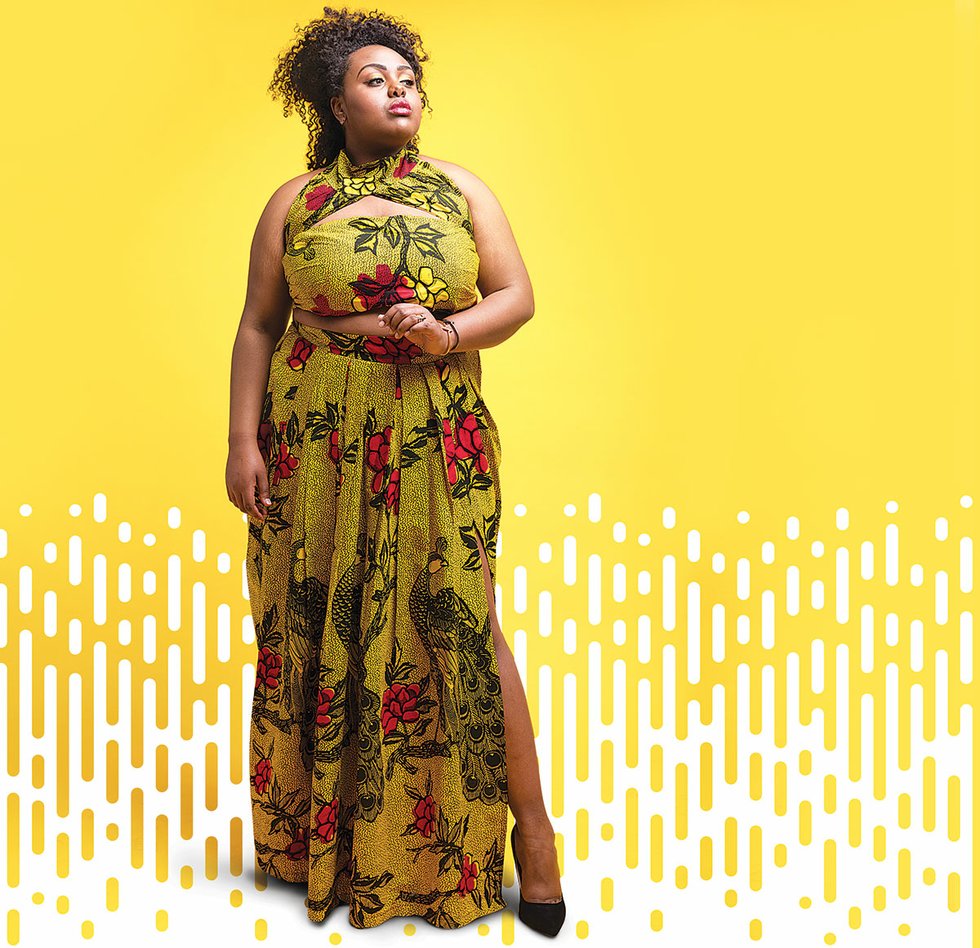 A lot of major apparel companies have been “greening through the back door,” as Kate Black, editor-in-chief of ethical style website Magnifeco.com, puts it.

They might support projects like the Better Cotton Initiative, which aims to make conventional cotton production less harmful to the environment, without necessarily hanging organic cotton dresses in stores.

There’s a lot more heat on them to go green, too.

Supply chains were thrust into the spotlight on April 24, 2013, when the Rana Plaza factory in Bangladesh collapsed, killing more than 1,100 workers sewing for brands like Joe Fresh, H&M, Mango and Zara.

Four years later, Fashion Revolution Day (April 24) has mobilized tens of thousands around the world to ask brands for greater transparency about #whomademyclothes.

Have things improved? Depends who you ask. Thousands of Bangladeshi garment workers took to the streets to protest poor working conditions and low pay last December.

And a 2016 report by the Clean Clothes Campaign, International Labor Rights Forum, Maquila Solidarity Network and Worker Rights Consortium on the safety action plans for H&M’s suppliers in Bangladesh concluded, “The majority of H&M’s factories are still not safe.”

Greenpeace, however, considers H&M, Zara and Benetton industry leaders for purging a long list of nasty water- and air-polluting chems that poison rivers and lungs in places like China and India.

So far, 76 major brands, retailers and suppliers have pledged to clean up their acts as part of Greenpeace’s Detox My Fashion campaign. Sure, most are pegged as laggards, but they’re still technically at the table.

And pledges to get a grip on this $3 trillion industry’s planetary impacts keep rolling in.

As of this month, 100 brands have joined the environmental non-profit CanopyStyle campaign push to stop sourcing fabrics derived from ancient and endangered forest. At this point more than 120 million trees are logged every year (and dissolved with alarmingly neurotoxic chemicals) to make silky forest fibres like rayon/viscose and modal.

Technically, a boatload of greening has been promised at the corporate level over the next decade. Brands are starting to calculate what climate change will do to their bottom line (hello, soaring cotton prices), while coming to terms with their businesses’ cost to the planet.

There is a lot of reckoning to be done. Last year, global luxury group Kering, which owns Gucci and Puma, published its first Environmental Profit And Loss Report, and noted that its environmental impact (in greenhouse gases and raw materials) cost the planet $838 million in 2014, up 2.2 per cent from 2013.

Indie designers are also doing the math to distinguish themselves and let consumers know they are producing more thoughtfully.

Instead of grinding out fast fashion in dizzying quantities, they are slowing production schedules, making more durable, seasonless garments and aiming for zero waste, all while trying to pay workers a decent wage.

Some, like Peggy Sue Collection, are doing farm-to-closet chic to try to revive the North American textile industry. Many local clothing makers, like Vespertine and Miik, use eco or dead-stock fabrics. Others sell garments fairly made by artisans overseas, like ethical luxury line Laura Siegel.

Omi Woods‘s Ashley Alexis McFarlane never planned on being an eco fashion designer until she watched the doc The True Cost on the global impacts of the apparel biz.

“Smaller companies can pivot more easily. My next collection is going to be all sustainable fabrics,” says McFarlane, whose zero-waste, made-to-order Afro-chic line uses low-impact dyes.

Figuring out how to get fast-fashion consumers to spring for a $120 top instead of that $9.99 number is maybe the biggest challenge indie designers face – whether or not their clothing is sustainably made.

Add up the cost of pricier dyes, textiles and fair wages and “the eco thing is definitely really hard,” says Nicole Bridger, an award-winning earth-friendly slow-fashion designer. “People say, ‘How can you be a business and encourage people to buy less?'”

Bridger confesses that her eponymous line has almost shut down many times, but she’s now on the upswing.

She now produces about half of her clothing in Vancouver and the rest at an ethical factory in India or at fair-trade-certified ones in Peru and Nepal.

“We’re changing people’s idea of what their closet looks like [by] buying good-quality pieces that you’re going to wear five years from now,” she says.

Many eco-conscious brands, such as Jennifer Fukushima, Voila, Lilikoi, Vespertine and Annie Thompson, stay in the game by selling direct to consumers, either online or at shows like One Of A Kind, to avoid retailer markups.

Julia Grieve, who started Toronto-based reconstructed vintage brand Preloved in 1996, ditched her storefront in 2014 and started mixing in new dead-stock fabrics with vintage and eco textiles.

After many ups and downs, Preloved now sells in 400 stores, online and, as of this month, on the Shopping Channel.