TTC releases statistics, but what to do with them? 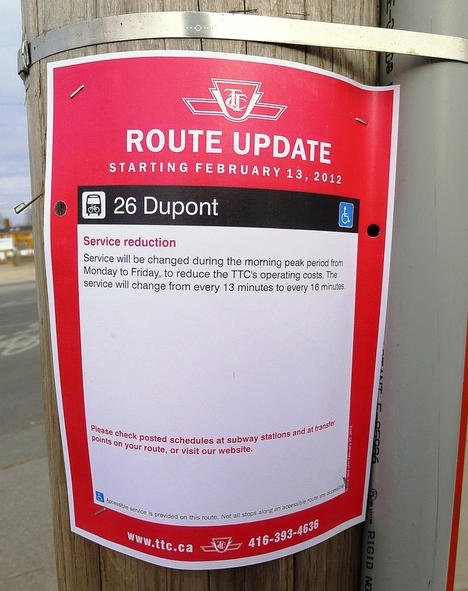 The TTC has just released yearly stats (from 1998 to 2007) on suicides and attempted suicides about an hour ago, albeit reluctantly, following a Municipal Freedom of Information and Protection of Privacy Act request.

The TTC has always been reluctant to release info “citing health and safety concerns, and the contagion, or copycat, effect suicide reporting may pose, particularly as it relates to the method of suicide,” according to the release.

Well, the Sun thinks it’s relevant – juxtaposing the number of suicides to Canadian soldiers killed in Afghanistan. It was the local media outlet behind the request.

Ontario Information and Privacy Commissioner Brian Beamish ruled, “I have not been provided with any evidence to support a finding that the publication of suicide statistics alone raises a reasonable expectation of harm,” and forced the TTC to reveal the data.

Citing the United States Centre for Disease Control, Beamish pointed out that the way a media outlet decides to provide the public with info on a suicide is the real deciding factor.

So, maybe the TTC just didn’t trust the Sun to not splay “Suicides Gone Wild” in dripping blood font across their cover or finding some way of romanticizing self-murder.

• individual stories of how treatment was life-saving

• stories of people who overcame despair without attempting suicide

• actions that individuals can take to prevent suicide by others

If you’re itching to find the numbers, which are not in the thousands, but in the hundreds, the National Post reprinted the original TTC release in its entirety.

As for the TTC, they’re still going to stay tight lipped around suicides into the future. Opting to highlight their continuing constructive methods of reduction like “Gatekeeper” – a staff training program to identify and deal with distressed people. [rssbreak]