U.S. election shows need to bend the arc toward justice

Looking at the U.S. today, I see a country where many have turned their backs on science and education 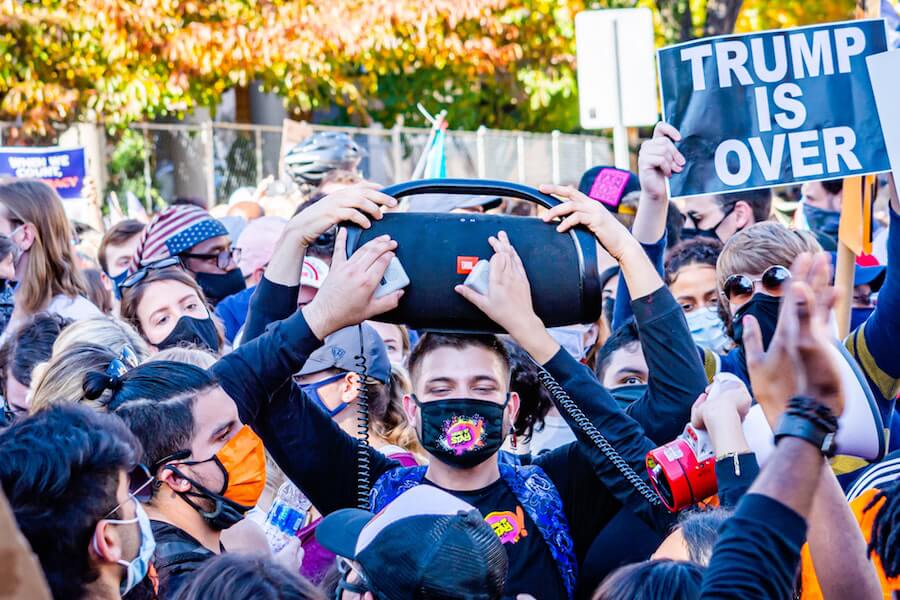 After finishing high school in Ontario in the 1950s, I was awarded a scholarship from Amherst College in Massachusetts. After completing my undergraduate degree, I received funding to study at the University of Chicago – even though I was Canadian!

The postwar boom and ensuing Cold War sparked the space race and a push for science and education in the United States. The Soviet Union launched the first satellite, Sputnik, then sent a dog and later people into orbit. To catch up and overtake the “enemy” in everything from science to engineering and medicine, the U.S. poured money into education – funding students, universities and government laboratories.

Despite my humble beginnings, I benefited greatly. I earned my zoology PhD in 1961 and went on to work as a research associate at the Oak Ridge National Laboratory’s biology division in Tennessee.

As much as I enjoyed the opportunities, I was appalled by the blatant racial discrimination in the former slave-owning state, where everything from washrooms to schools were segregated, so I got involved with the National Association for the Advancement of Colored People.

Racism wasn’t new to me. Indigenous Peoples in Canada faced severe discrimination and weren’t allowed to vote until 1960. And, during the Second World War, the federal government took everything my family had and sent my dad to a labour camp and my mom, sisters and me to internment in B.C.’s Slocan Valley. All of us, including my parents, were born and raised in Canada.

In Tennessee, racial discrimination was so entrenched it made me long for home, even though my country had treated my family badly. Despite good offers from U.S. universities, I jumped at the chance to return to Canada, thinking its smaller size and somewhat liberal values would make it easier to work toward a better society.

In 1962, the University of Alberta’s genetics department hired me to teach, which also jump-started my broadcasting career.

Looking at the U.S. today, I see a country that, like Canada, is still struggling with systemic racism, but where many have also turned their backs on science and education.

When “leaders” dismiss the overwhelming evidence for human-caused climate disruption and the need to address it, belittle medical experts and immunologists as a pandemic rages out of control (overwhelming hospitals and killing almost a quarter of a million people and leaving many more with long-lasting health effects) and push policies that undermine the natural systems on which health and life depend, something is terribly wrong – especially considering public support for this madness.

Even with a change in administration, it’s difficult to look beyond the turmoil, the racism and sexism, the planet-destroying trajectory. But if we do, we see many people standing up for justice, equity and sanity, as in Canada and many other countries. At the same time, authoritarian movements are on the rise globally. That’s why those who know a better way is possible must persevere.

Although much of the push for science and education during my time in the U.S. was militaristic, an attempt to get the upper hand on a sworn enemy, it created a more educated population. Many started to question societal values and assumptions, especially with the country at war in Vietnam with people many Americans had never heard of for reasons that made little sense. This rising consciousness and the ensuing protests and political movements were a threat to the prevailing order, and the pushback was enormous. A highly educated population threatened the concentration of power.

Despite the massive government resources against them, those movements didn’t disappear, though they may have weakened. Now, they’re gaining strength.

We must confront racism, sexism and injustice in all their manifestations, including in ourselves. Because we’re shaped by the societies we’re part of, we must learn to recognize and overcome our own conscious and unconscious biases. We must listen to those connected to place, such as Indigenous Peoples who have lived on the land for millennia, and understand the delicate balance that keeps the planet habitable for our species and others.

With all that’s happening in the U.S. and around the world, the balance may seem precarious, but we can tip it in the right direction if we come together for the common good.