What to watch on Netflix Canada in May 2022

Everything coming to Netflix this month, including first half of Stranger Things' final season, U.S. version of Love On The Spectrum and more Bling Empire 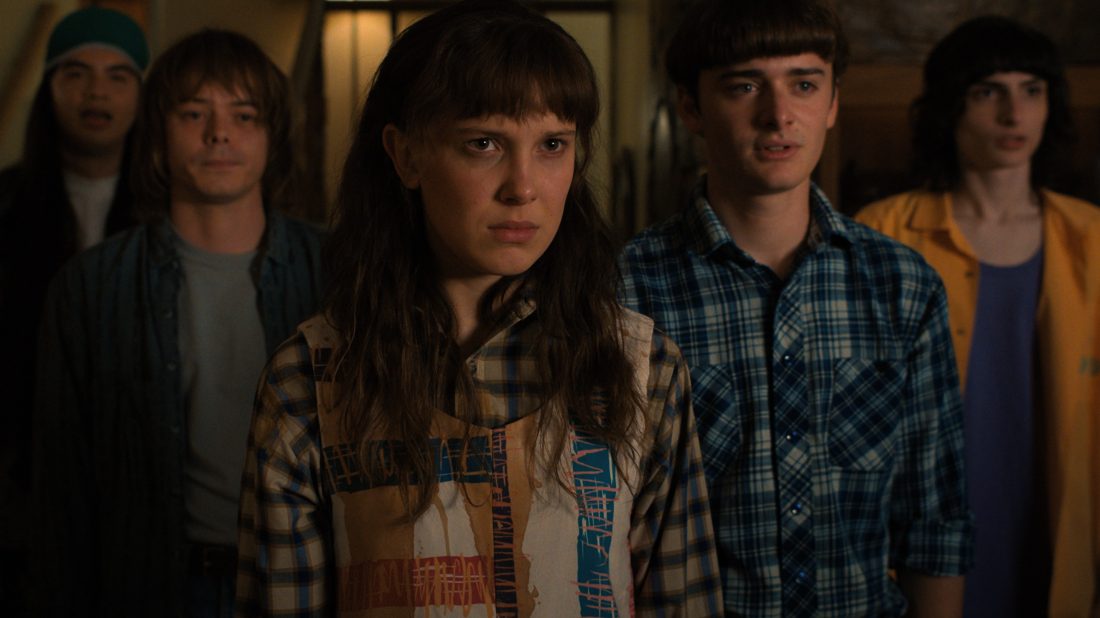 Netflix has been in trouble lately, with their subscriber numbers in decline and stock prices crumbling. But maybe those scrawny kids from Hawkins, Indiana, can save the day – and not just from extra-dimensional ghouls and glob monsters. The nostalgia-heavy series, which counts Stephen King, Steven Spielberg, John Carpenter and James Cameron among its influences, is arguably the streamer’s most reliable OG franchise, which is probably why they’re having a hard time letting go, splitting the final season into two parts. The first half drops in May, with the second coming through in July. May 27

It’s been a while since Scarborough’s own Mike Myers starred in anything (not counting his small roles in Bohemian Rhapsody and Inglourious Basterds). But now he’s back in a six-episode comedy about a secret society, called the Pentaverate, who have been influencing world events ever since the Black Plague of 1347. Myers, besides playing eight characters – among them old-school news journalist Ken Scarborough and ex-Russian oligarch Mishu Ivanov – is joined by a starry cast that includes Ken Jeong, Keegan-Michael Key, Debi Mazar and Jennifer Saunders. May 5

The Lincoln Lawyer returns more than a decade after Matthew McConaughey played the titular defence attorney operating out the back of a town car in the movie adaptation of Michael Connelly’s book series. The new series replaces the now-defunct Town Car with a Lincoln Navigator, which doesn’t exactly have that same OG vibe, with 6 Undeground’s Manuel Garcia-Rulfo replacing McConaughey as Mickey Haller. Before you dismiss the new adaptation, take note of series creator David E. Kelley, who turned Big Little Lies into an addictive smash, and supporting players like Neve Campbell and Elliott Gould, who we don’t see onscreen enough. May 13

Last year’s guilty-pleasure series about real-life Crazy Rich Asians living in L.A. returns for a second season of extravagant parties, jet-setting, outrageous bling and entertaining breaches of etiquette. Outsider figure Kevin (the one who flashes his abs at any opportunity) has begun a romance with DJ Kim, while from the trailer it looks like Kane – Kevin’s bestie – is entering the dating scene as well. But expect major drama from the ongoing battle for socialite supremacy between Christine and Anna. May 13

What would the month be without a silly high-concept comedy? Rebel Wilson plays Ruby, who was the most popular girl in her high school… way back in 1997. When she wakes up after a 20-year coma, she’s determined to complete her senior year, only to realize how much things have changed. Wilson’s joined by Alicia Silverstone – who of course has starred in her own classic high school comedy, Clueless – Justin Hartley and Mare Of Easttown’s Angourie Rice. May 13

Love On The Spectrum U.S.

It was bound to happen. Because the original Australian-made show about single adults on the autism spectrum looking for love was so good, it’s now inspired an American spin-off. Not many details have leaked, but let’s hope the producers don’t go with the patronizing tone that marred the first season. And will there be an American equivalent of Michael? May 18

The full list of new titles available on Netflix Canada in May 2022 by date:

Octonauts: Above & Beyond: Season 2

The Sound Of Magic

The Life And Movies Of Ersan Kuneri

Servant Of The People: Seasons 2-3

Vampire In The Garden

Love On The Spectrum U.S.

The G Word With Adam Conover

Wrong Side Of The Tracks

Like a Rolling Stone: The Life & Times of Ben Fong-Torres

Diary Of A Mad Black Woman

Hold Your Breath: The Ice Dive

Along For The Ride

The Boss Baby: Back In The Crib

The Photographer: Murder In Pinamar

My Little Pony: Make Your Mark

TV series and movies leaving Netflix Canada in May 2022

Birds Of Prey (And The Fantabulous Emancipation Of One Harley Quinn)

Teenage Mutant Ninja Turtles II: The Secret Of The Ooze