Why Jagmeet Singh is no Jack Layton 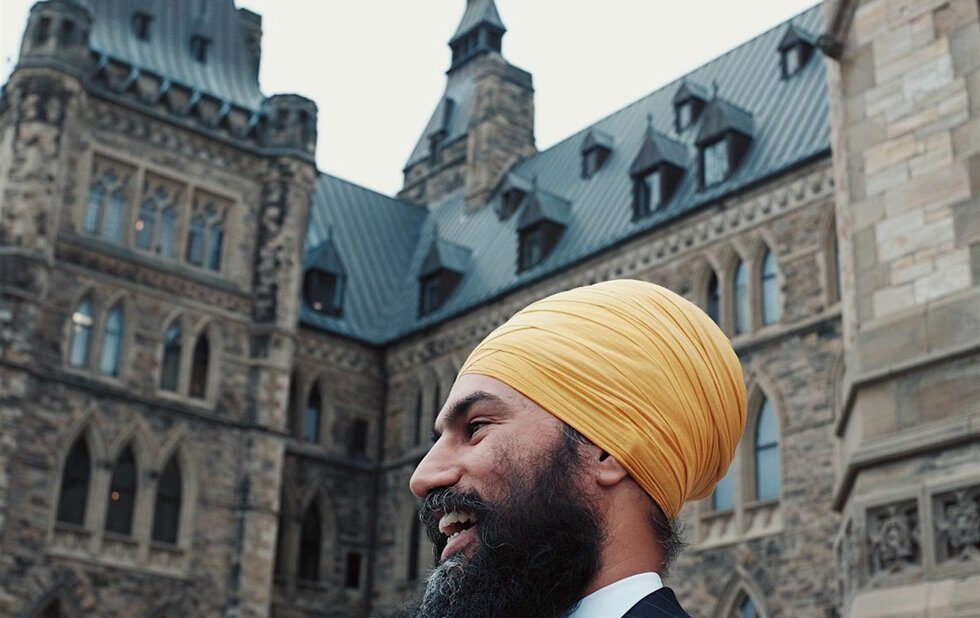 Jagmeet Singh’s presence in the NDP leadership as a handsome, stylish, turbaned Sikh man was inescapable.

But Singh’s campaign for NDP leader relied too heavily on capturing cool to benefit a party struggling to maintain a left-leaning voice while appealing to a broad base of voters rather than his achievements as an MPP, which are demonstrably lacking.

In the past decade, the image of the exoticized turbaned Sikh man has become more recognized as attractive. Actor and model Waris Ahluwalia appeared in the 2013 Gap “Make Love” campaign and has appeared in more than one Wes Anderson film.

It is within this context that Singh’s image and style have catapulted him to the spotlight. Canadian media couldn’t get enough of the photogenic Sikh politician on his road to party leader amongst a sea of white faces and candidates.

I first became aware of Singh while working at a community health centre in Malton during his campaign for MPP in 2014. He spoke to a younger generation and, without a doubt, a larger audience than his predominantly Sikh constituency of Bramalea-Gore-Malton. But during a conversation I had with him about health promotion he came off as flat and inexperienced.

His first attempt at political gain (lowering car insurance rates) after winning the seat seemed a bit luxe coming from an NDP MPP given the pockets of poverty and isolation that exist in his own riding.

The next time he caught my attention was on fashion blog Textyles, alongside his brother Gurratan Singh in a menswear post focusing on their ability to integrate religious wear with modern, minimal design.

Singh comes across as a man of integrity. His website displays an impressive list of policies ranging from repealing the ban on blood, tissue and organ donation on men who have sex with men and trans women who have sex with men, to addressing gender-based violence and fairness for Indigenous communities. He’s criticized the attorney general and the police oversight Special Investigations Unit over its handling of the investigation into the Toronto police shooting death of Andrew Loku, and called for an end to discriminatory carding. He’s shown public support for the Boycott, Divestment, Sanctions campaign, touching on the Israel-Palestine conflict with more courage than most politicians.

But there is a disconnect between the luxury he’s cloaked in – sports car, Rolex watches and other items befitting the bourgeoisie – and his place as leader of Canada’s party for the working class. Perhaps this reflects his upbringing by a psychiatrist father who came from wealth in India and appreciated the finer things in life, and a hard-working mother from a farming family who rejected unnecessary spending. Or perhaps these are his misplaced values.

After India’s partition, my relatives were displaced from what is now Pakistan’s Punjab to India’s Punjab. They lost everything. They chose to spend the rest of their lives working to support others in rebuilding after the fragmentation of a nation whose independence from Britain they had fought for. My grand-parents raised me with the most basic of Sikh principles: social justice, equality between genders and classes.

Singh’s handling of an anti-Muslim heckler in the final days of his leadership campaign made me proud. He embodied Sikh values without anti-Muslim sentiment, which is entrenched within the Sikh community. I have no doubt that Singh will advocate for equality, women’s rights, Indigenous rights and Black Lives Matter. But the role of a party leader, or potential prime minister, is not solely to be an advocate. It is to be an agitator. It is to be a change-maker.

Some argue that Singh’s win represents a new voice for Sikhs at the federal level, but the idea of an “ethnic vote” in 2017 feels shallow, especially given that Sikhs in Canada have historically voted Liberal in greater numbers than any other party, and Conservative more than NDP.

In the early 2000s while completing my undergraduate degree at the University of Toronto and working in the office of then-city councillor Olivia Chow, I joined the NDP. Jack Layton and Chow were the kind of politicians I could get behind: warm, sincere, attentive. Chow’s ability to get things done was based on her strength in bringing people together and building relationships across party  lines.

After volunteering for Layton’s NDP leadership campaign, I patted myself on the back. He had pulled me aside a few times for my opinion on issues relating to immigration, diversity, inclusion, women and youth.

Soon after, I became jaded by the party politics of the establishment in the NDP. When the party called to discuss my running for office – a token candidate of colour, it seemed to me, in a riding that would never vote NDP – I laughed and asked them to remove me from all their contact lists.

Layton’s final act of service to Canada was to mobilize the country, bringing the NDP out of the shadows and securing more federal seats than before. Since his passing, the party’s return to the shadows has felt visceral. It is desperate for another icon.

And while Singh might embody the values and charisma of Layton, I am not yet convinced that he embodies the action. I want my political leaders to be more than well dressed. I want them to be experienced and have the necessary tools and relationships to get people working together in order to solve Canada’s growing crisis of inequality.