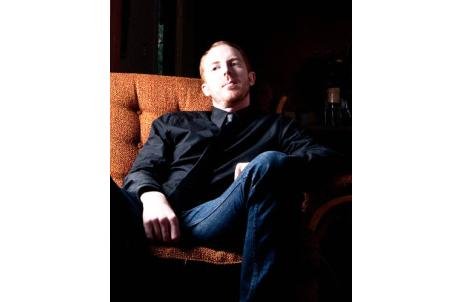 Clifford, the 30-year-old drummer for Vancouver electro-punk five-piece You Say Party! We Say Die!, passed away after collapsing onstage approximately 40 minutes into the band’s Friday night all-ages set at the Rickshaw Theatre in Vancouver.

“It is with absolute sadness to report that our dear friend Devon Clifford, the drummer of You Say Party We Say Die, passed away last night in a Vancouver hospital surrounded by his family and friends. He will be deeply missed by everyone who knew him.

“We request that we respect the family’s privacy during this incredibly difficult time, and thank you for your support.”

Known for their energetic live shows, You Say Party! We Say Die! had recently returned to Vancouver after extensively touring the States and Western Canada. They were about to embark on a two-month European tour beginning April 26 in Germany.

Our thoughts go out to the band and their families. [rssbreak]

UPDATE: As statement from the drummer’s family:

YSPWSD’s Devon Clifford experienced a massive brain hemorrhage resulting from congenital defects while on stage in Vancouver on Friday night and fell into a coma. A surgery was performed but sadly doctors were unable to save his life. He was 30.