The best Toronto podcasts of 2019 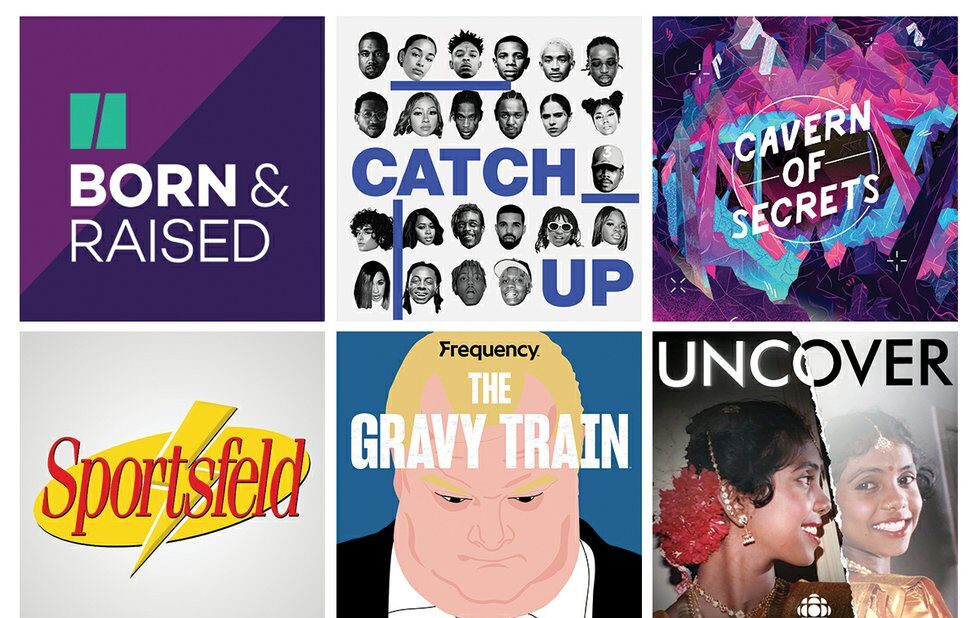 These days, it can sometimes feel like everyone and their mother has their own podcast. But with only so many hours in a day to listen to them, we’ve rounded-up our 10 favourite Toronto-made podcasts of 2019. These podcasts range from deep dives into the rise and fall of Rob Ford and love stories from second-generation Canadians to sports commentary and investigations into a grisly murder. Here, in no particular order, are our top podcasts of the year.

The podcast universe is bursting with true crime podcasts, but this Canadian version hosted by Kristi Lee is my favourite. Using publicly available court documents, news articles and other credible sources, Lee retells the intricacies of solved crime cases in Canada. Unlike other podcasts in the oeuvre, this one is never overly salacious and strives to always to honour the victims and survivors. (But don’t worry, there are still plenty of dramatic revelations and emotional music.) If you’re looking for an entry point, check out episode 53: The Murder of Joseph Rosenthal, which details the 1912 vicious death of the Jewish businessman at a former hydro yard at King West and Strachan. SE

James Rathbone and (former NOW contributor) Jordan Sowunmi are the DJs behind the popular hip-hop party series Boosie Fade, which spun off into an ultra-dedicated and active Facebook community, and now this podcast. Sowunmi and Rathbone are experts on the always fascinating genre, and this podcast is an accessible and enthusiastic explainer on everything from rap beefs and the (un)likeability of Chance The Rapper to the yeehaw agenda and up-and-coming Toronto rappers like SAFE and Swagger Rite. Think of it as a local alternative to New York Times’ Popcast with all the cultural criticism and without all the posturing. RICHARD TRAPUNSKI

This daily news podcast is like the Canadian version of the New York Times’ The Daily, which, coming from someone who treats Michael Barbaro’s “here’s what else you need to know today” catchphrase like ASMR, is the utmost compliment. On Front Burner, award-winning journalist Jayme Poisson brings you the top local and international stories every day in informative yet approachable conversations with fellow reporters and original sources. It’s quintessential listening for keeping up on the major headlines and a vital companion during my morning commute. SE

The Gravy Train (The Big Story and Frequency)

A decade after Rob Ford was elected mayor, this eight-part series explores the life of the controversial politician, from his beginnings as an Etobicoke city councillor and the focus-group sessions that led to the campaign slogan “Stop the Gravy Train” to debauched nights out and his death in 2016. Alongside archival audio tape with Ford, podcast host Jordan Heath-Rawlings interviews a mix of people connected to Ford, including rival councillor Gord Perks Ford’s mayoral campaign manager Nick Kouvalis former Toronto Star reporter Robyn Doolittle, who helped break the crack scandal and Ford’s nephew and councillor Michael Ford. For those who lived in Toronto during Ford’s mayorship, The Gravy Train will remind you of absurd Fordisms you likely forgot (like the time he made his own bobbleheads called “Robbie Bobbies”), but the podcast also analyzes his legacy and how the rise of Ford was a precursor to populism and Donald Trump. SE

On each episode of Personal Best, co-hosts Andrew Norton and Rob Norman help one Torontonian solve a personal problem with unconventional solutions. During the second season, they help a filmmaker apply for her first credit card, a former punk-turned-dad get over his fear of dancing in public and help a woman learn how to make small talk. Norton and Norman make the guests undergo a series of ridiculous tasks or challenges, seemingly at the guest’s expense, but for the listeners’ own amusement. For example, they made the filmmaker compete against a gang of overachieving teenagers in a trivia contest, since Norton and Norman were convinced her anxiety around financial responsibility originated in her teen years, and made the bad conversationalist go to a contrived house party wearing spy gear. Sure, the antics are silly, but the podcast is also filled with heartwarming moments too. SE

I came to this sports podcast during the heat of the Raptors championship run, at a time when I was listening to approximately 13 basketball podcasts a day, and the easy rapport of hosts Andrew Zuber (aka Zubes) and Jake Goldsbie has kept me coming back every week. Neither host pretends to be a high-level expert – they’re just a couple of generalist Toronto fans who like the sports but not the toxic bullshit. They are just as happy to talk about why the Leafs should fire their coach as they are whether deep-dish pizza is pie, casserole or lasagna. It’s a sports show about nothing and everything – music, wrestling, looming sadness and the stuff that freaks us out. RT

Technically Canadaland’s Thunder Bay came out in late 2018, but I didn’t listen to it until the beginning of 2019, so I’m making an exception. This riveting podcast is a deep dive into Thunder Bay as Anishinaabe journalist Ryan McMahon probes the murders of Indigenous teenagers, the corrupt local mayor, sex scandals and how systemic racism operates in a small, northern Ontario town. The podcast is now being developed into a TV series (McMahon will serve as an executive producer) and he plans to do a follow-up episode to report on the pending high-profile trials. And Canadaland and McMahon recently announced they’re making a season two, but this time, focused on Niagara Falls. SE

Uncover’s fifth season revisits the 20-year-old investigation into Tamil-Canadian teen Sharmini Anandavel’s grisly murder, with fresh insight, disturbing new details and intimate interviews. Former Toronto Star reporter Michelle Shephard digs further into the story she covered for years, hosting six episodes that grapple with how the conflicts within the Tamil community and marginalization played a part in Anandavel’s victimization. And she repeatedly confronts Stanley Tippett, the man widely assumed to be Anandavel’s killer. He was never charged. The podcast reveals why and leaves you heartbroken and fuming. RADHEYAN SIMONPILLAI