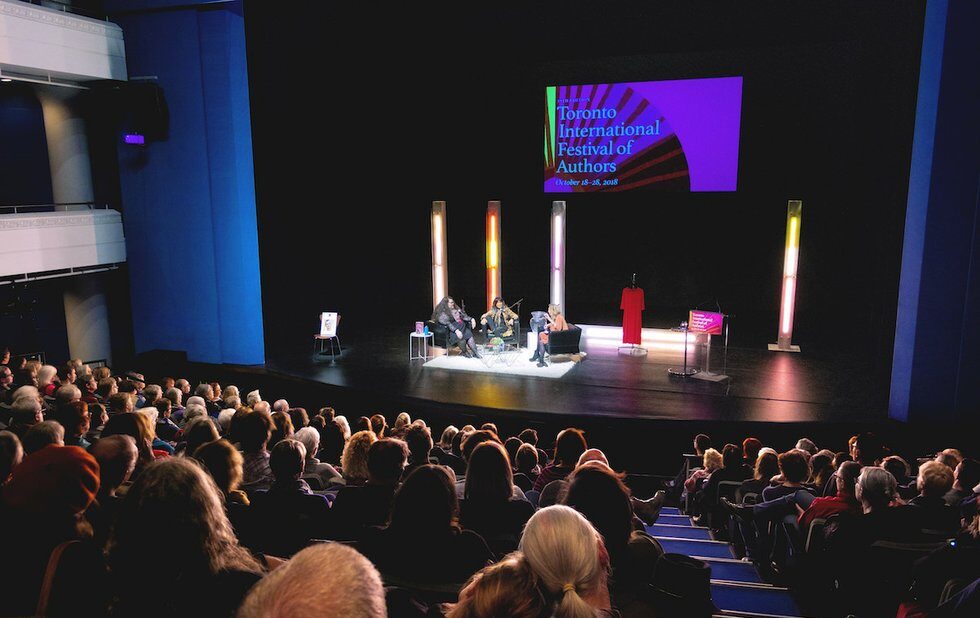 The fall literary season’s signature event is going big to celebrate its 40th anniversary: more than 200 authors from Canada and around the world will be in town over 11 days to participate in readings, panels, workshops, lectures and more. Key events this weekend include a chat between British Columbia author Nazanine Hozar and John Irving, a tribute to the late Wayson Choy, a poetry slam with Ian Keteku and appearances by Lee Maracle, Linwood Barclay and Mona Awad. Must-attend events happening later in the fest include Women Talking: A Theatrical Exploration with Miriam Toews, a (sold-out) lecture by American educator and political activist Angela Davis and a panel on the Toronto Book Awards.

Indigenous screen fest marks 20 years with a seriously good lineup. Read more here and check out our interview with Jojo Rabbit producer Chelsea Winstanley, who is in town with her short film Forgive Me.

Peruse art books at this free event that runs concurrently to Art Toronto. Read our interview with Toronto photographer Sean Brown, who will have a booth at the fair.

Dudebox, Promise, Snailoween, Sissy, Hotnuts and CATL are getting Halloween started early. Check out our picks for this year’s best Halloween parties and concerts here.

Sigur Rós singer’s side project performs with the Worldess Music Orchestra and choir.