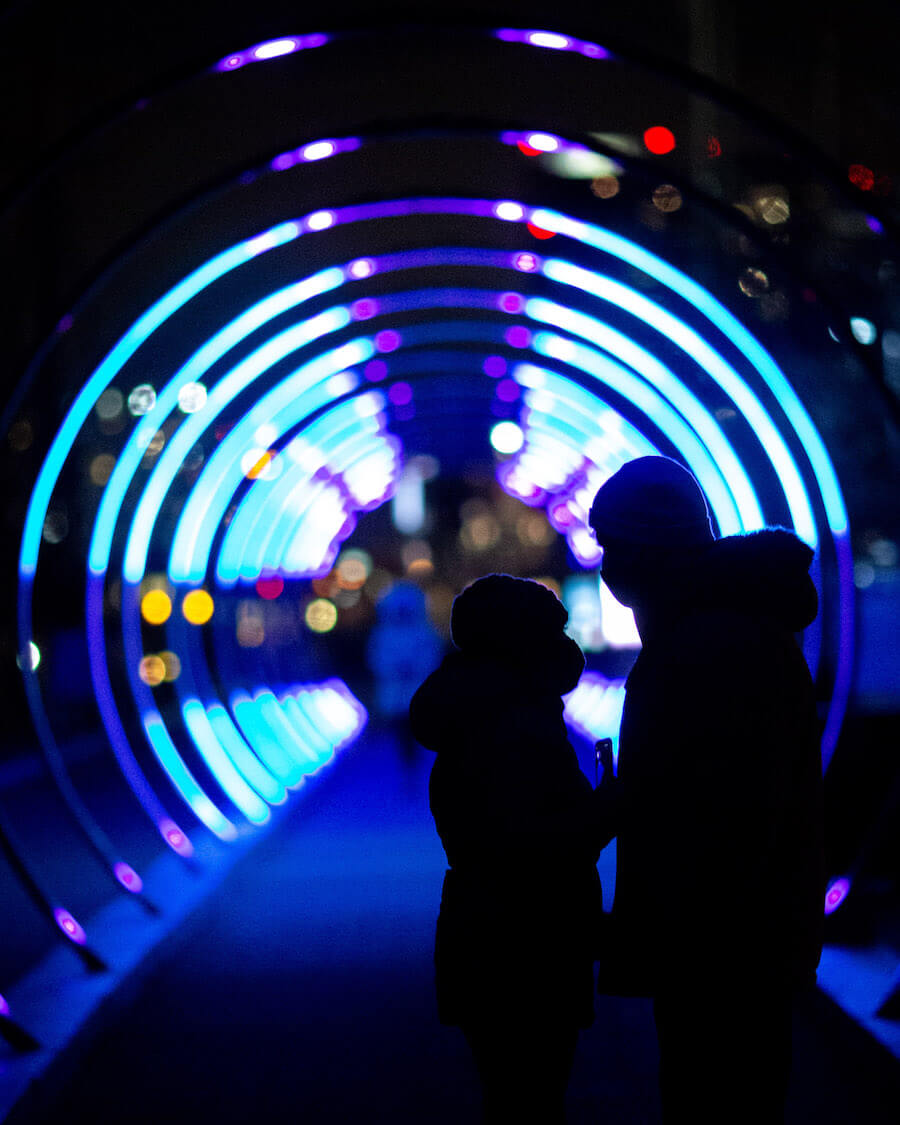 Ontario’s stay-at-home order has effectively curtailed many outdoor, drive-in and even virtual events planned for the winter months.

One thing that isn’t cancelled: getting exercise. If you live near the waterfront and are walking around, Harbourfront Centre has erected two light installations by Rob Jensen, Warren Trezevant and Creos, best known for their work with the Burning Man Festival.

The installations are part of Harbourfront Centre and the Waterfront BIA’s outdoor winter exhibitions Festival Of Cool and Northern Ontario Diaries.

The organizations are no longer promoting the events, but the installations are up and staff are on-site to ensure essential exercisers are following COVID-19 health and safety protocols.

If there is any overcrowding, security will turn off the lights but so far that hasn’t happened.

“It’s all outside and something to walk through and enjoy, while out getting daily exercise,” a Harbourfront spokesperson said. “We’re not encouraging people to travel to get here. It’s just for the neighbourhood.” 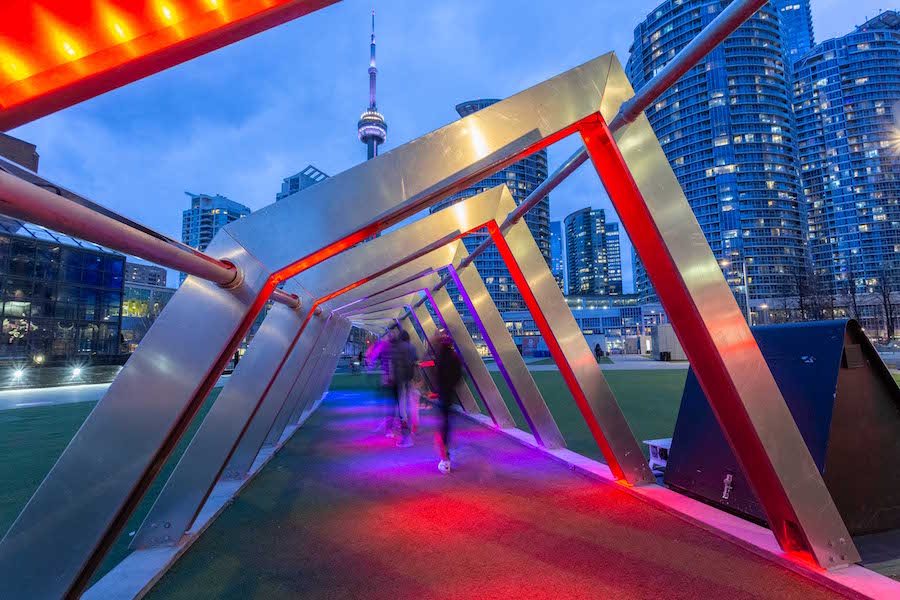 One of the installations is Sonic Runway, a 100-metre-long corridor of rainbow lights and sound waves. The second is called Iceberg, and “turns a monumental sculpture into a living instrument, creating a journey from glacial calving, to open water migration, to eventual melting.”

A series of audio diaries by Northern Ontario artists are also placed around Harbourfront Centre, and a series of COVID portraits by celebrity photographer George Pimentel is up on one of the building’s facades.

The installations run through February 7 from 10 am to 10 pm.

Check out photos of the light installations at Harbourfront Centre below. 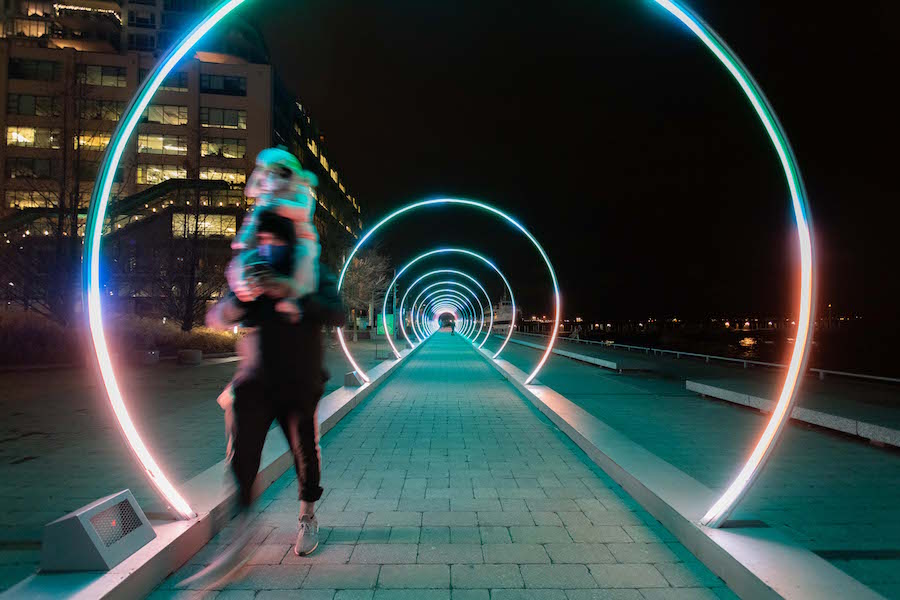 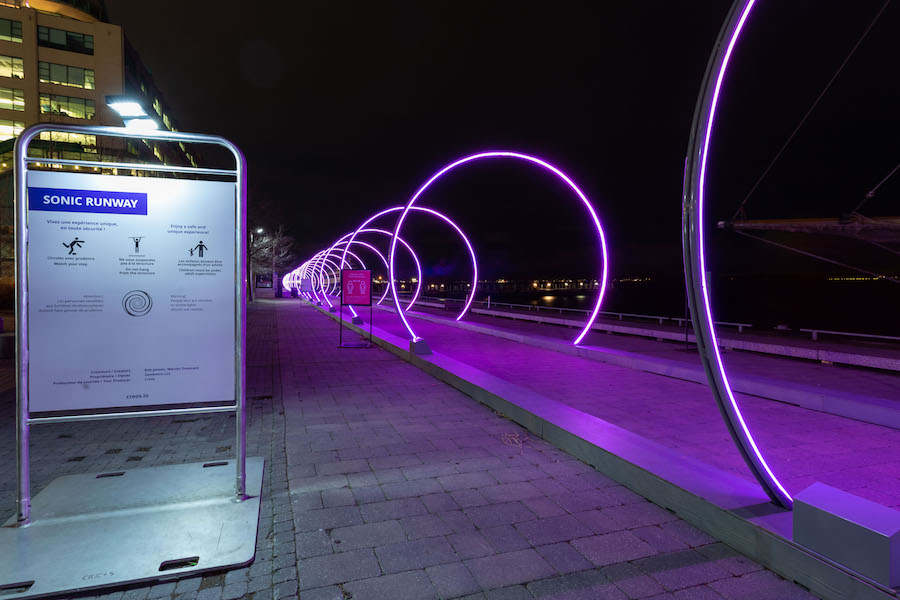 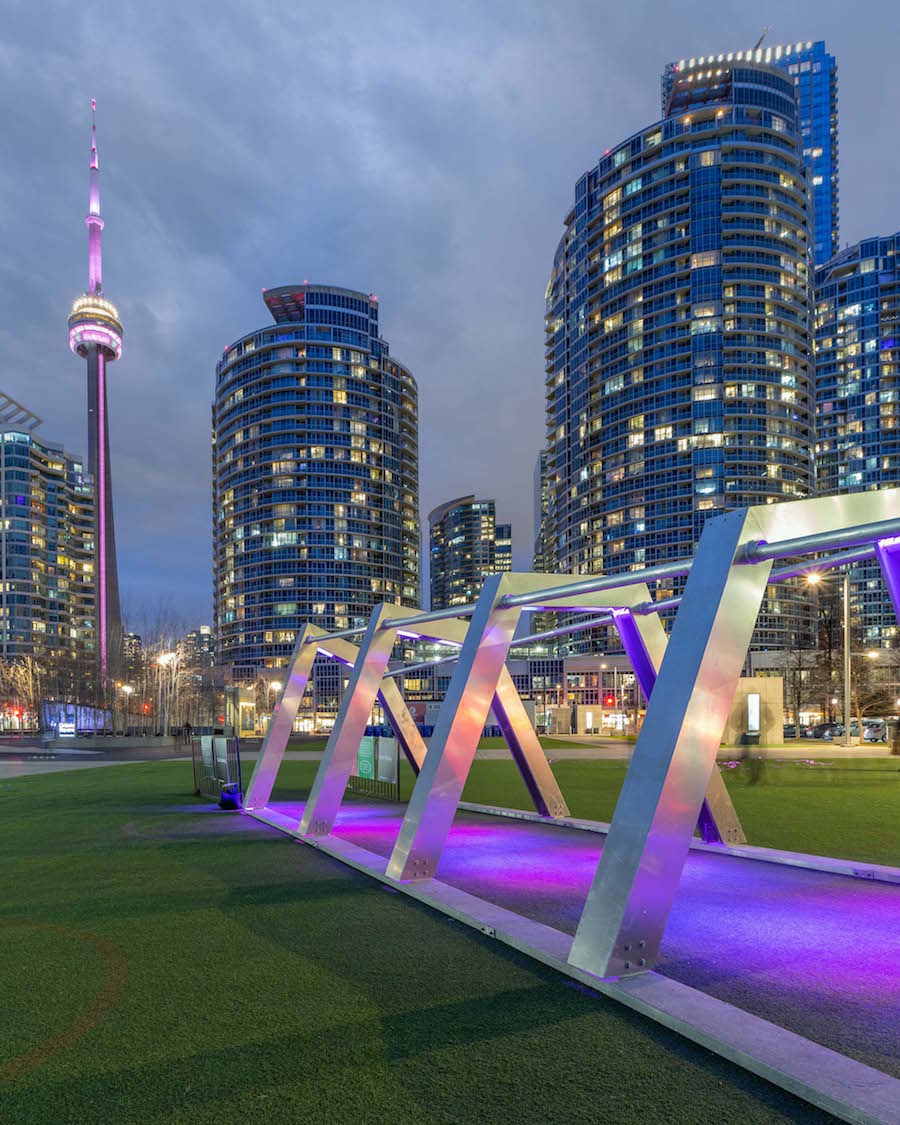 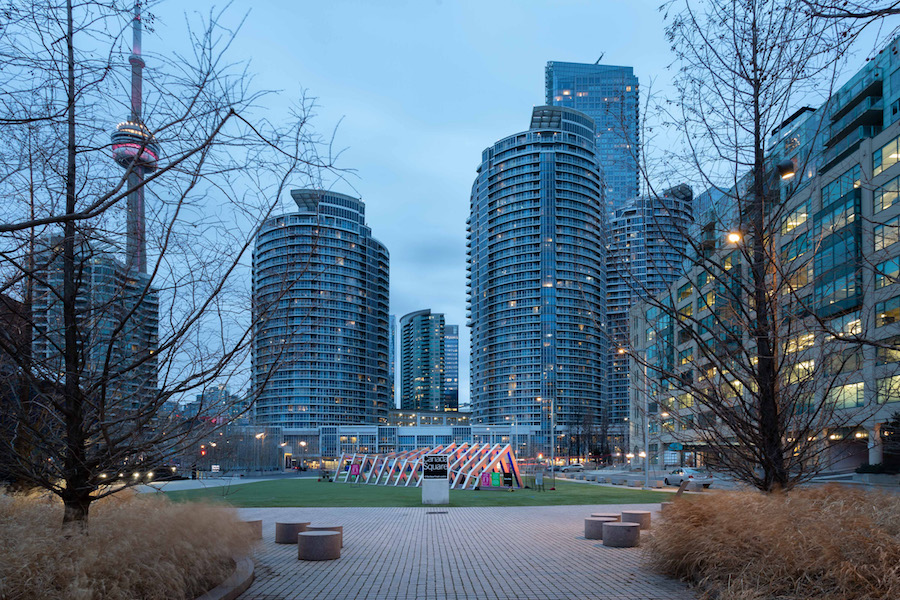