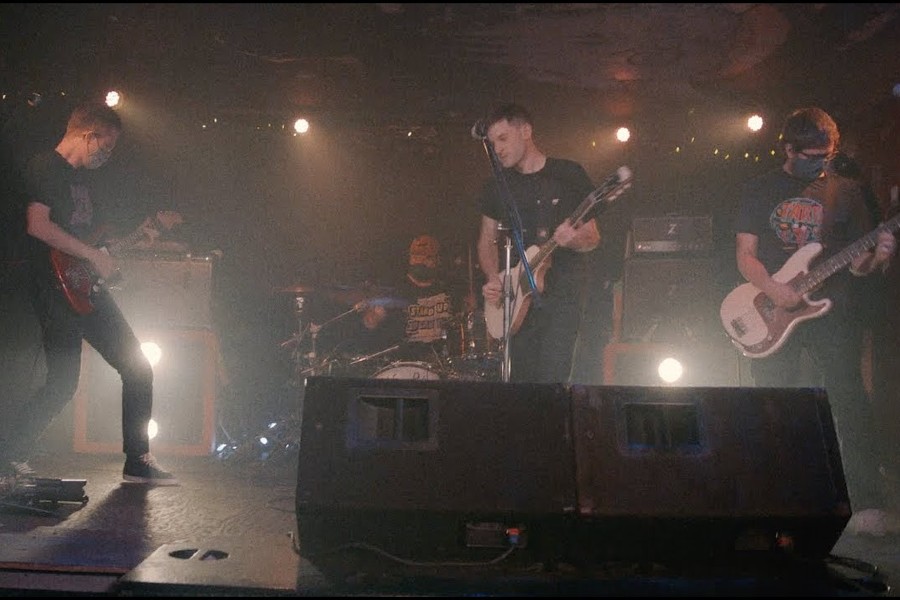 Most of Toronto’s music venues have been closed since last March, but many have found a way to come back to life with livestream concerts.

With Ontario’s latest emergency stay-at-home order, the city’s struggling music venues have been forced to close their doors again – even virtually.

Since the order took effect last on January 14, there’s been a new wave of concert cancellations and postponements – a small reminder of the one that tore through the entire live events calendar when the COVID pandemic first shut everything down last year.

“We can’t film, record or livestream anything. Our theatres are closed,” says Mervon Mehta, the Executive Director of Performing Arts for The Royal Conservatory of Music. “We’re losing the ability to engage our audience and put some music in front of them, even on a screen.”

The Royal Conservatory has had one of the most enthusiastic pivots into livestream concerts in the country, putting on virtual versions of jazz, classical, symphony orchestra, global music, opera and galas from Koerner Hall.

During the 28 days that this new stay-at-home order will initially last, the arts organization must shelve 18 events. That includes vocal performances, a concerto competition, a handful of shows by the Kronos Quartet, a number of performances from the 21C festival, plus some recording sessions, rehearsal dates and third-party rentals.

And if the emergency order extends until the end of February, they’ll have to scrap or postpone 18 more.

The City of Toronto was set to launch a new series of weekly livestream concerts from empty music venues. That series, City Hall Live Spotlight, was to kick off with a concert from Lido Pimienta the same day the emergency order kicked in. It is now on hold.

Shows have also been postponed or cancelled at Roy Thomson Hall, the El Mocambo and Horseshoe Tavern and at the National Arts Centre in Ottawa.

There was some initial confusion over what the emergency measures entailed. The rules specified that concert venues would have to close, but stages have been essentially closed since October.

An earlier version of Ontario’s emergency legislation allowed concert venues, theatres and cinemas to open “for the purposes of rehearsing or performing a recorded or broadcasted concert, artistic event or theatrical performance” as long as they maintained distancing, had plexiglass between singers or brass performers and had no more than 10 performers inside at the same time.

Rather than amend that section, Section 38, the new emergency orders revokes the ability to livestream a concert altogether.

Why music and not movies?

Since last week, Erin Benjamin, the President & CEO of the Canadian Live Music Association, has been hard at work trying to clarify what is and isn’t allowable and why those choices were made.

CLMA’s members in the live music sector understand the purpose of the emergency measures and agree they’re important to stop the spread of the virus, she says.

But there is some confusion about why they’ve been forced to close while other sections have been allowed to operate. As with all of Ontario’s regulations, there is inconsistency around who and what is considered “essential,” and that’s causing frustration.

While livestreaming is no longer allowed from music venues, for instance, film and TV production is allowed to continue.

“This is about a society and a government trying to figure out what’s best for safety right now. We totally support that and don’t want to stand in the way,” says Benjamin. “I just wish we were able to demonstrate more effectively that we are capable of keeping people safe like film and TV, because we know we are.”

Most frustratingly, while concerts can no longer be filmed inside music venues, film and TV productions can.

“Ironically, if a big Hollywood or Canadian film company called and asked if they could use Koerner Hall for a shoot, they could legally do it,” says Mehta. “But can’t use it ourselves.”

So why one and not the other?

Benjamin says it has a lot to do with testing.

Film and TV are spending millions of dollars on PCR (polymerase chain reaction) testing. They’ve built infrastructure to test everyone on set regularly, get health professionals to administer the tests, send them to labs and get results. Those tests allow them to act quickly and prove the low positivity rate on film sets.

Live music, on the other hand, has had an unprecedented reduction in revenue over the last year and simply can’t afford that level of testing.

Still, Benjamin says, their anecdotal evidence shows they’ve been just as safe in their productions. Music venues have been extremely rigorous in their COVID protocols, while guides like #Lights-On have allowed venue operators to build strict preventative measures into their productions.

“Nobody I know in our membership or our community has had a positive case,” she says. “People are bending over backwards to make sure it doesn’t happen, last thing they’d want is an outbreak in their venue.”

Mehta says that despite the Royal Conservatory’s busy livestreaming schedule, there has never been a COVID scare.

But, unlike film and TV, they don’t have the negative tests to prove it.

Mehta regrets that he had to lay off bartenders and ushers, but livestreaming has meant that they’ve been able to retain all of their full-time staff: crew, production workers, people in marketing and sponsorships. Most importantly, they’ve also been able to pay artists.

The 18 livestream events that have been cancelled, he says, amount to $120,000 in artists and crew fees, all for Toronto and Ontario workers.

“That’s groceries and rent,” he says. “They can’t play live anywhere but their own houses, most of them can’t teach. For a lot of musicians, this was their only lifeblood besides CERB or other federal programs.”

Benjamin says nobody is arguing with the emergency orders and says everyone’s top priority is health and safety and decreasing the case counts.

“The spirit of it is stay home if you’re not essential,” she says. “I would argue that access to live music is essential for our mental health. It also puts much-need money into artists, venues, the whole supply chain.”

“No one is getting rich off livestreaming,” she continues. “The math barely works. But that’s what these people do, they put on shows, they contribute to art and culture, they make memories. It’s hard being told they can’t do that.”