NOW MagazineMusicToronto’s music venues are coming back to life – virtually 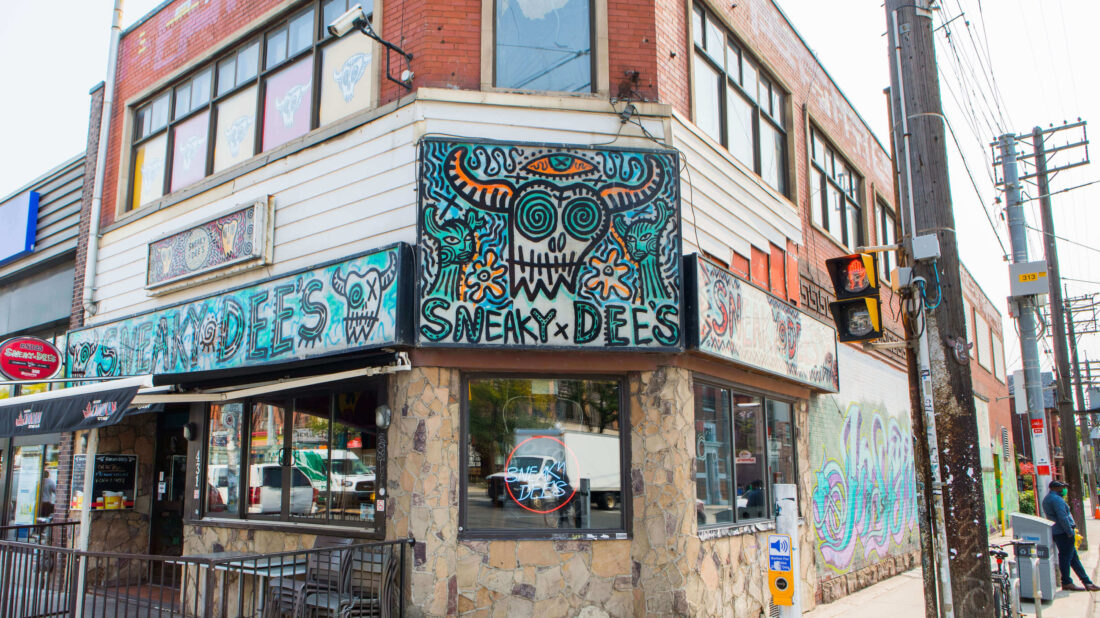 Even if you can’t visit them in person, Toronto’s music venues are coming back to life.

You might not be able to see those concerts in person, but you can still tune in from home. After six months totally dark, livestreaming is bringing many of the city’s familiar stages back to life and filling them with music again.

“It’s a great way to remind people we’re still here,” says Jeff Cohen, owner of the Horseshoe, which recently launched a series of livestream shows (some with small 50-person audiences in-house) called Horseshoe Hootenanny. “Pivoting is an important thing right now, for everybody. We all have to do something to keep us going.”

The Horseshoe has existed since the 1940s, but Cohen says the recent Sadies livestream was the venue’s first-ever livestream show. There’s another planned with UIC on October 24. He was skeptical at first, but now thinks a version of this is going to last past the pandemic and become a part of the concert landscape. Many venue owners and musicians agree.

The new livestream scene is a lot different from what we saw at the beginning of the pandemic. Artists were taken by surprise with the sudden cancellation of tours and were quick to scratch their live performance itch on Facebook and Instagram, grabbing a guitar and playing into webcams. They were a fun novelty at first, but they got old quickly. Few had high production value or decent sound. Most were free, so they were more of a casual way to connect with fans than to make up for lost revenue.

Those virtual shows were a faint facsimile of the visceral and communal concert experience, the special thrill you get from gathering with friends and belting along with your favourite band. These new ones, live from the venues, come a lot closer.

The sound quality is similar to what you’d hear if you were actually there. The shows are shot professionally with multiple camera setups that have turned many music venues into mini TV production studios. They’re usually ticketed, often sold at the same online outlets as IRL concerts, and cost somewhere between $10-$20.

Although the Garrison has been closed since March, owner Shaun Bowring has worked with Cohen to lead a group of venue operators as they navigate the pandemic. He says he’s getting ready for some potential livestreams in October. He has a friend who works in broadcast who’s put together a four-camera “robocam” setup for broadcast, and says there are good deals to be had on industry standard equipment since TV stations went 4K.

The livestreams will only start when he feels it’s safe and is confident there won’t be another lockdown, but he’s excited to try it if the COVID numbers stop rising.

“It’s something we can do to keep our public face and support some artists while everyone goes inside for the winter,” he says. “Something positive, instead of all the doom and gloom stories you’ve been hearing from us [music venues].”

Veteran promoter Dan Burke moved his Halloween Death To T.O. series, where local musicians play cover sets, to YouTube, with acts like Nyssa, Jesse Crowe and Witchrot playing at the Monarch Tavern. That prerecorded video series brought a piece of local music culture back from slumber.

“Everyone coming in to play was like, ‘Fuck, isn’t this great to be back in action?’” he recalls. “It was uplifting, a total morale booster. That’s why even if it doesn’t make money, if artists want to do something I’m ready to roll.”

Taking live performance out of the equation has disrupted the ecosystem of Toronto’s music scene. Artists don’t have stages to develop, graduating from smaller to bigger venues, and fans don’t have a place to congregate as a community. Concerts are also a vital place where label deals happen, where merch is sold, where drinks are served by bartenders and tickets are ripped by people at the door.

Livestreams aren’t going to replace that, but they are a good placeholder until we can get back to the real thing.

“[Live music] is a new field now, navigating how to promote and present online,” says Burke. “It’s challenging because the attention span is different. It’s got to have good sound and good visuals, or else you can just turn it off and watch any great band in the world play a concert in 1972.”

In that way, El Mocambo was ahead of the game. High-quality livestreaming was always a part of the plan for the long-renovating historic venue’s reopening. Now, they’re finally able to put the space to use, even if not how they had originally intended. The Elmo will host the 25th anniversary of Honey Jam on Thursday, October 1.

There’s a good chance livestreams, or some hybrid version of online concerts with small audiences, will continue as pandemic measures loosen. For big or important-feeling concerts, it’s a way to make shows accessible to people with disabilities or watchable in cities some acts wouldn’t necessarily tour. (In 2016, 11 million Canadians watched the Tragically Hip’s final concert in Kingston – a sign of things to come?)

The Sadies sold close to 1,000 tickets to their livestream, says Cohen, and made close to the same amount they would have on a Friday or Saturday night at the Horseshoe pre-COVID. That’s pretty remarkable, but it wouldn’t work for everyone. As a veteran band with a big following, they can draw that kind of online crowd. Even then, they can’t play as many livestreams as they would local concerts.

But what about a baby band that would build their live reputation on multi-act bills, who don’t yet have name recognition? He suggests playing at the few venues in the city that are currently doing live music for 50 people, like the Wheatsheaf or Dora Keogh. That’s not quite the ecosystem that existed before, but a new version of it. 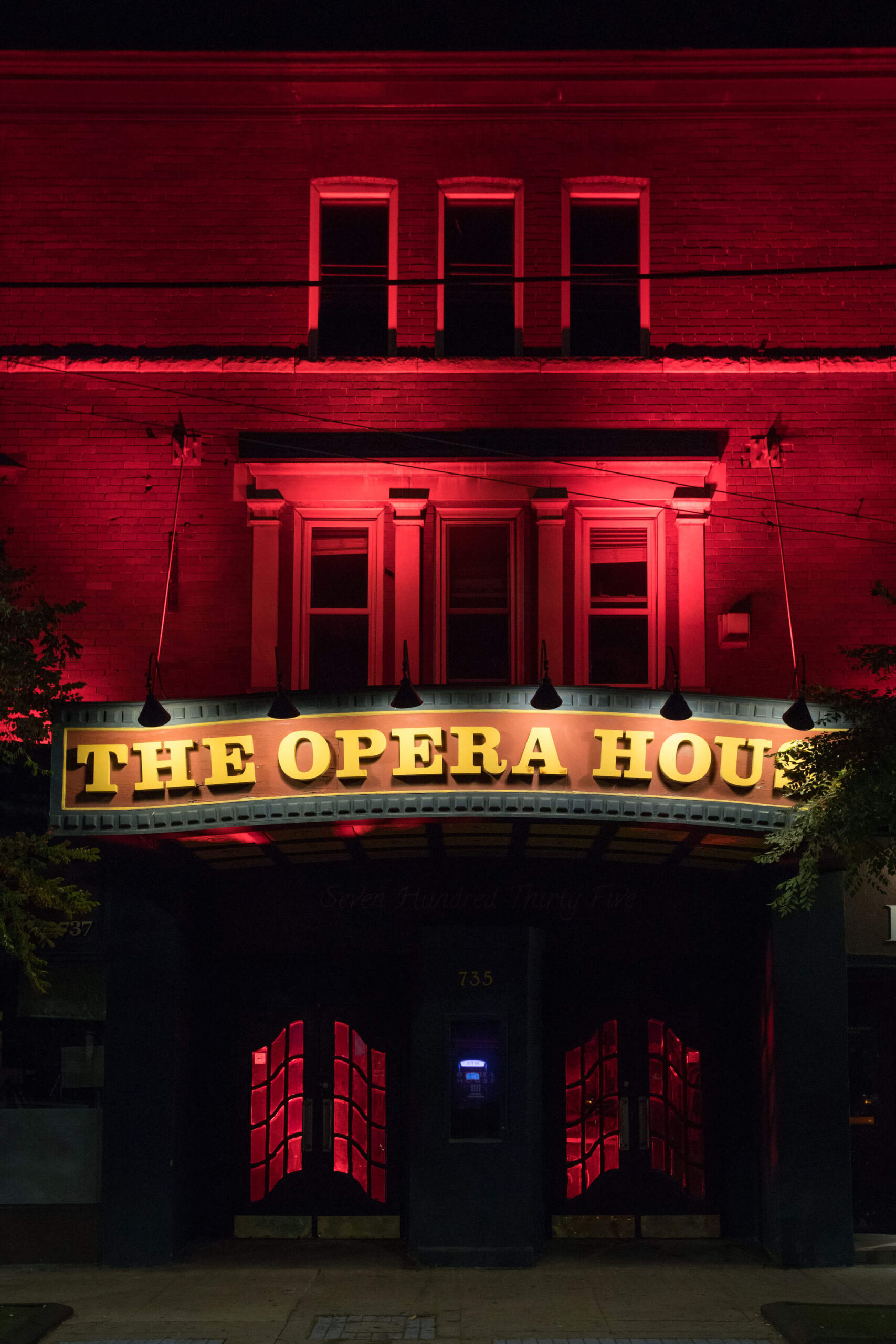 METZ are using the Opera House for their album release livestream, celebrating the venue while it needs the support.

Small 50-cap concerts tend to work for a certain kind of act and a certain kind of venue, which is why so many of the live music-presenting spots right now are jazz clubs where shows are small and seated anyway (and often rely on food as much as music to make money).

Ticketed livestreams are a way to put a little bit of money back in musicians’ and concert workers’ pockets, even if it’s not a lot. Cohen even calls it a “moral obligation” for venues to help the city’s musicians.

The feeling is mutual.

Noise-rock band METZ have a new album, Atlas Vending, out in October. They’ll play the whole thing in a livestream concert from the Opera House on October 15.

“Adjusting to life without live music has been difficult,” says lead singer/guitarist Alex Edkins. “A concert or live performance provides more than just entertainment. It’s also a social hub, a gathering place that provides escape from the everyday as well as real-life interaction and connection. We want to provide escape and also reinvigorate the sense of community that live music provides. We could all use a distraction and some primal scream therapy right now.”

They chose the Opera House specifically, a place where bassist Chris Slorach says he’s been coming to, playing and putting on shows at since he was 13 years old. Their touring sound tech, Will Schatz, has worked with the Opera House crew for years, too, and is comfortable doing sound for this unusual show.

“I hope that this event helps to shine a spotlight on another venue struggling to survive during the pandemic,” says Slorach. “The fact that these rooms will be the last places to return to full functional capacity leaves me worried that we are going to come out of this crisis to a city missing something that made it really special.”

For the upcoming livestream for their new EP This Place Sucks Ass on October 23, PUP chose a classic dive whose days might be numbered: Sneaky Dee’s.

“There’ve been talks of a condo developer coming in and knocking it down. We’ve already lost our other home [the Silver Dollar] to something similar. I can only imagine the gentrification process will speed up in the coming years as COVID keeps these buildings empty. I hope it’s not the case, but this may be our last chance to celebrate the place that has nurtured us and our music community.

“These spots are so important to who we are as a band and as people, and it’s heartbreaking to watch them fall one.”

Richard Trapunski discusses this story with Norm Wilner in the latest episode of the NOW What podcast, which also features Kelsey Adams on her cover interview with Mustafa.  Listen on Apple Podcasts or Spotify, or just play it below.