Albums by Arthur Simeon, Leonard Chan and Joe Vu will bring you together through laughter 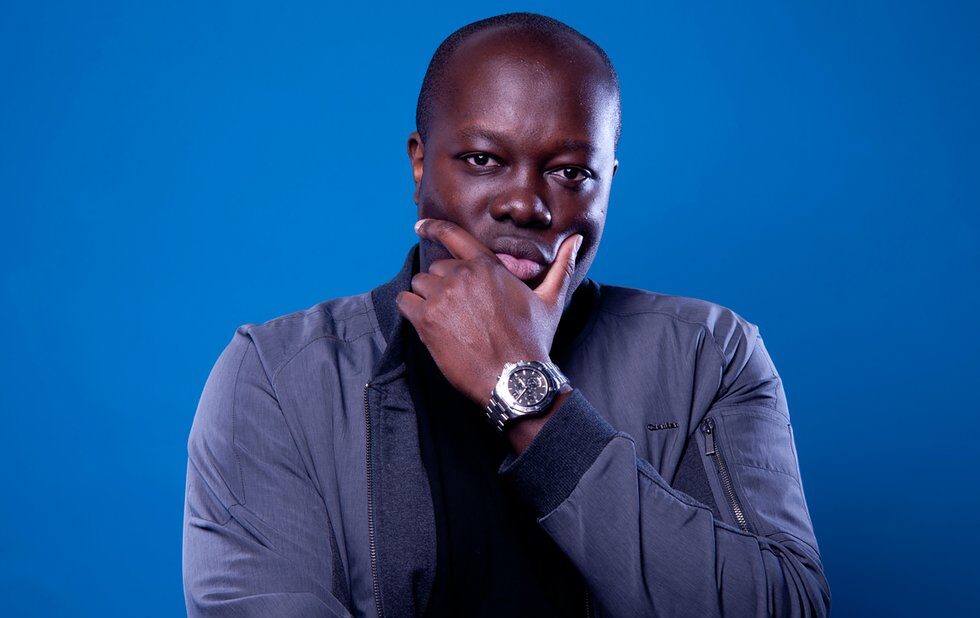 A few years ago, I complained that, based on their albums, a lot of Toronto’s straight white male comics had nothing to say.

There’s been a refreshing turn toward more diversity in the comedy scene, which you can see in the recent releases of some very good albums by POC comics. And these guys – yes, alas, they’re all male – don’t have a shortage of things to talk about. 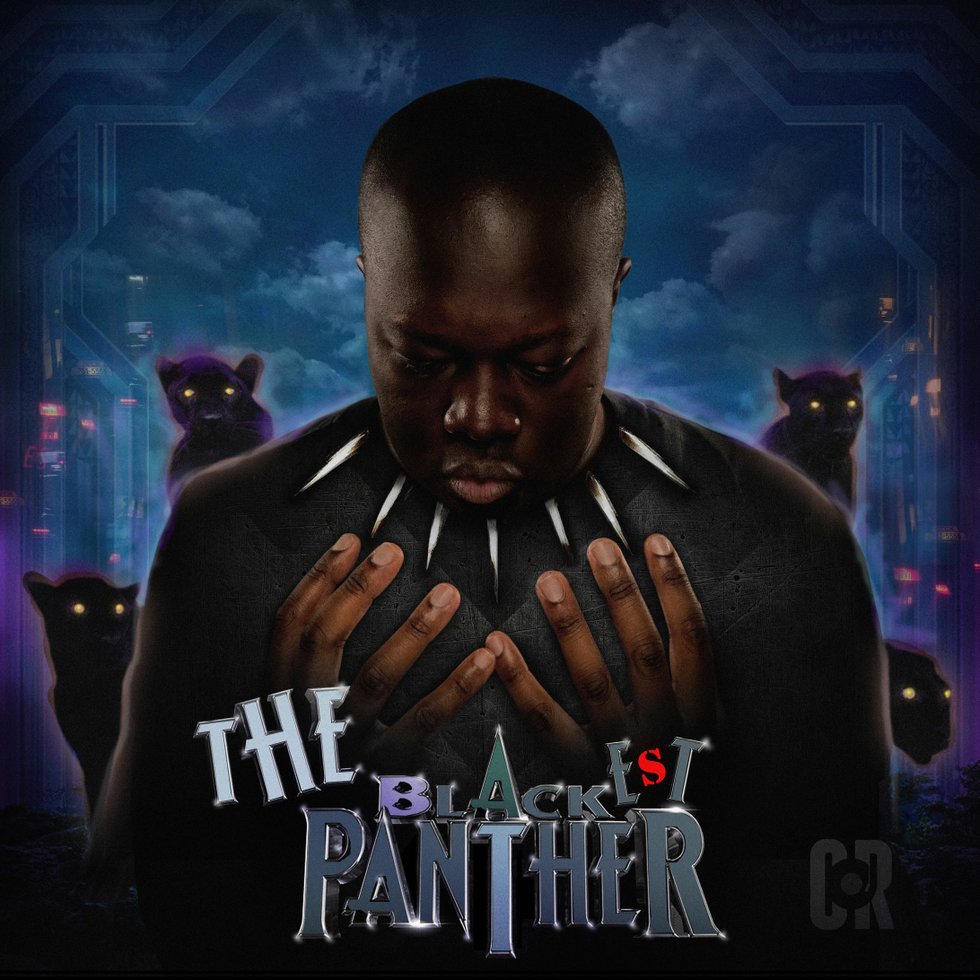 Arthur Simeon‘s new album is entitled The Blackest Panther (Comedy Records rating: NNNNN), and it comes complete with album art riffing on the blockbuster Marvel movie. The title is appropriate, because Simeon, so funny in his first album, is even better this time out, a true comedy superhero.

After an amusing opening joke explaining why he saw Black Panther nine times, he begins by orienting the audience about his accent, his Ugandan upbringing and move to Canada – all things familiar to fans of his live act.

The way he weaves together his childhood and his present-day life in Canada is impeccable, especially in a joke about being on the east coast and finally confronting his seafood allergy.

And he’s got a fearlessness that allows him to take some jokes to their limits. The album’s centrepiece is an extended bit about how he’d weed out his children so there would be no assholes. The way he crafts and delivers the joke is genius.

Later on in the set, he tackles bigger issues like slavery and overt racism, and he finds the right tone for both the slavery joke is set in a bank, and the racist bit involves status and class.

The final few jokes aren’t as inspired, but he seems to know this, admitting to the audience at one point that he’s gone a long way to get to a “dumb joke.” It’s to Simeon’s credit that it still gets a big laugh.

The rise of Asian-Canadian comedy is one of the scene’s biggest trends, and it’s largely due to Vong Show’s Rice shows. 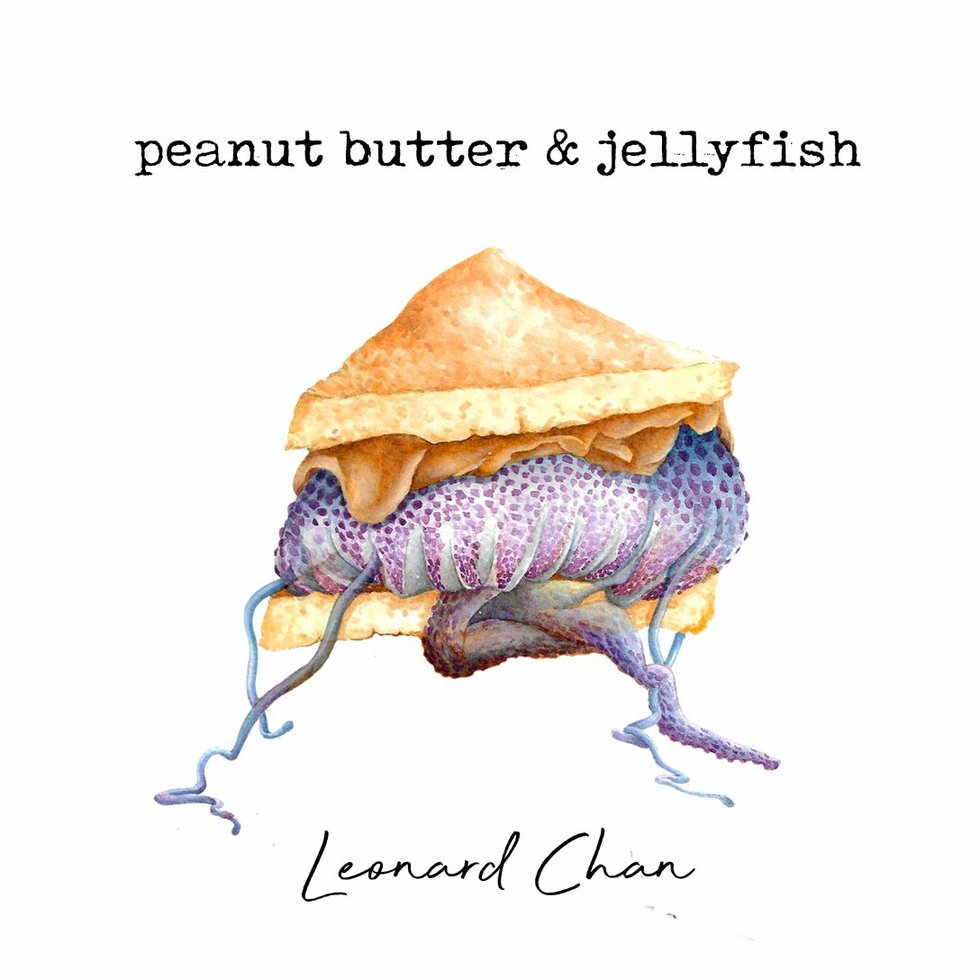 I first saw Leonard Chan at one of them, and his energetic, likeable act comes across nicely in his album Peanut Butter & Jellyfish (1977 Records rating: NNNN).

The title refers to Chan’s dual cultural background. His parents were born in Hong Kong, and he grew up in Asia, but then they immigrated to Canada. The food he ate as a child reflected that mix (cue very funny “ox tongue” joke involving his mom).

Chan gets a lot of mileage out of the strict, undemonstrative nature of Asian parents, and he admits his career choice – after getting two degrees – disappointed his own family.

Chan is funniest when he goes dark, satirizing white people’s obsession with DNA tests, for instance, or wondering why a group of Asians would throw a Great Gatsby-themed party.

And along with touching on some recent topics like SNL’s firing of Shane Gillis or the upcoming Marvel superhero movie Shang-Chi, he gets to some smart topics, like North America’s desexualizing of the Asian male.

Chan is present, sharp and clever you’ll definitely be hearing more from him. By the way, he was recently quarantined on a cruise ship, and he wrote about it here. I’m sure he’s working on some great COVID-19 jokes. 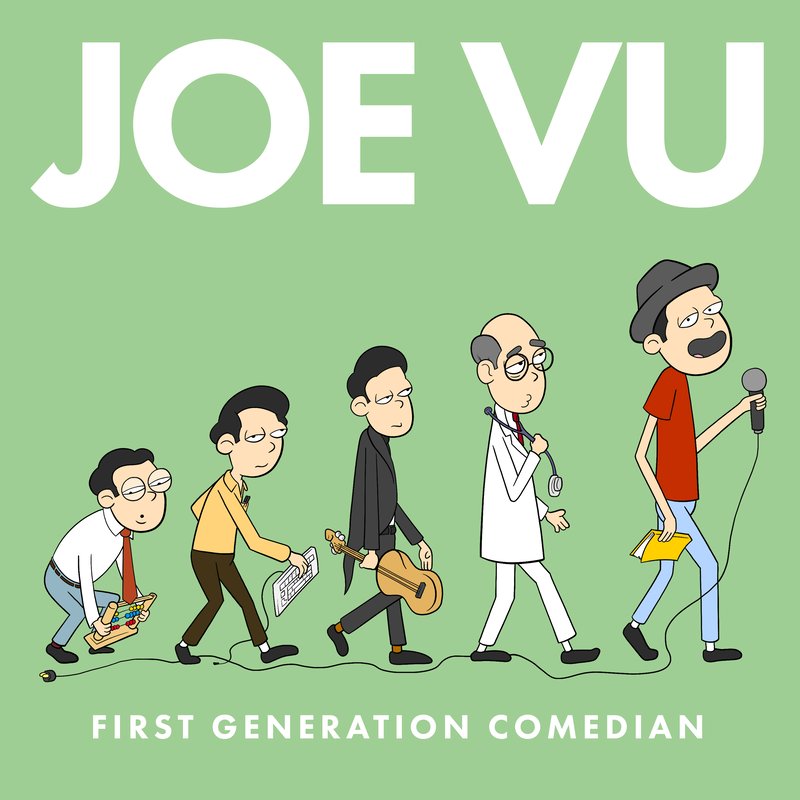 As someone who frequently gets mistaken for a lot of other Asians in the entertainment world, I relate to stand-up Joe Vu‘s joke about often being mistaken for Chan. It’s included in his cleverly titled first album, First Generation Comedian (1529677 Records DK rating: NNNN).

Vu’s act benefits from seeing him live there’s something very fragile and non-threatening about his presence that adds authenticity to his material.

His quavering, slightly uncertain voice communicates that in audio, however, and he addresses his social awkwardness (especially toward women) and his desire to be more charismatic in several jokes that ring true.

His self-deprecating observations win us over quickly, especially a story involving his Vietnamese cousin and her Singaporean drug lord boyfriend.

But as he himself admits later on, he begins building confidence throughout the set, and soon he’s riffing on threesomes, wearing a fedora and overcoming perceived character flaws.

But his most surprising joke – which involves his parents trying to set him up with an Asian bank teller – succeeds because it plays on our romantic preconceptions.

A few more unexpected, subversive jokes like this and Vu could break through to major popularity. I can’t wait to see where he goes.