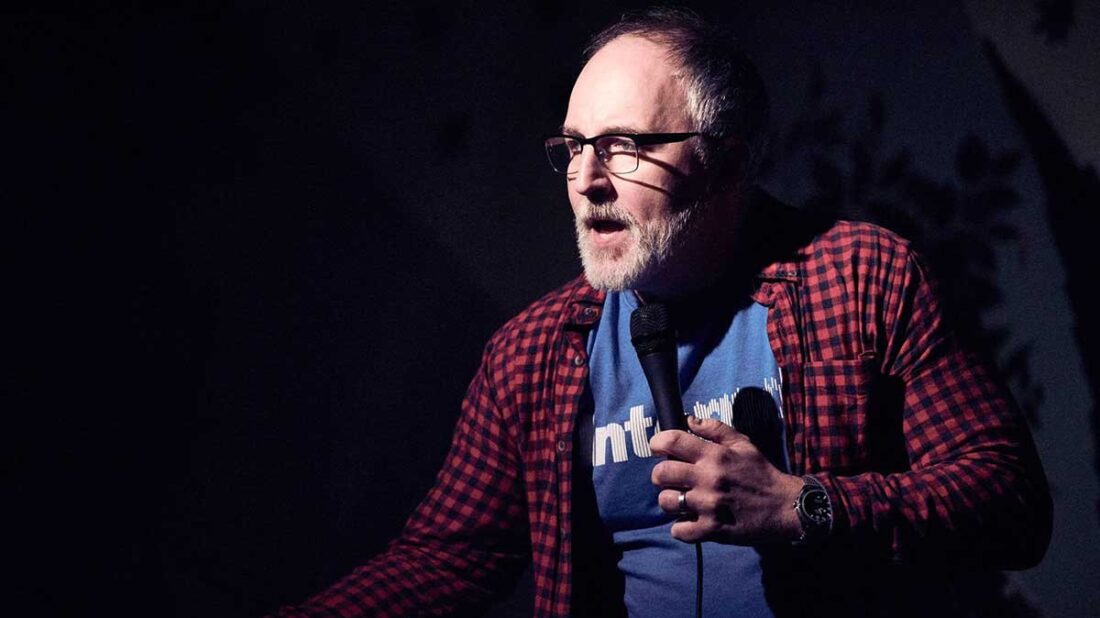 Theres a retro feel to the artwork for Todd Van Allens debut comedy album. Thats fitting, because with his slick radio DJ voice and the fact that, as he jokes early on, he looks like he could be either the dad from Get Out or the father from Family Ties who really let himself go, Van Allens acutely aware he might not seem like the hippest, youngest comic around.

It’s a shame it takes his set performed in Kingston, near where he was born in Gananoque a while to warm up. After jokes about VHS tapes and LPs, working in crappy venues and one long, extended bit about an expensive pair of Italian shorts, Van Allen finally launches into a series of strong jokes about politics and relationships.

Hes got a great flair for description. Trump is a mango raccoon the Republicans control zed everything Obama did Trump and his fat, old doughy white cronies resemble an Advent calendar of goo.

His finest extended joke uses cleaning out the kitty litter box as a metaphor for marriage. The way Van Allen, who also hosts the popular Comedy Above The Pub podcast, gets to the punchline is vivid and sharply observant. Its too bad the rest of the album isnt quite as strong.