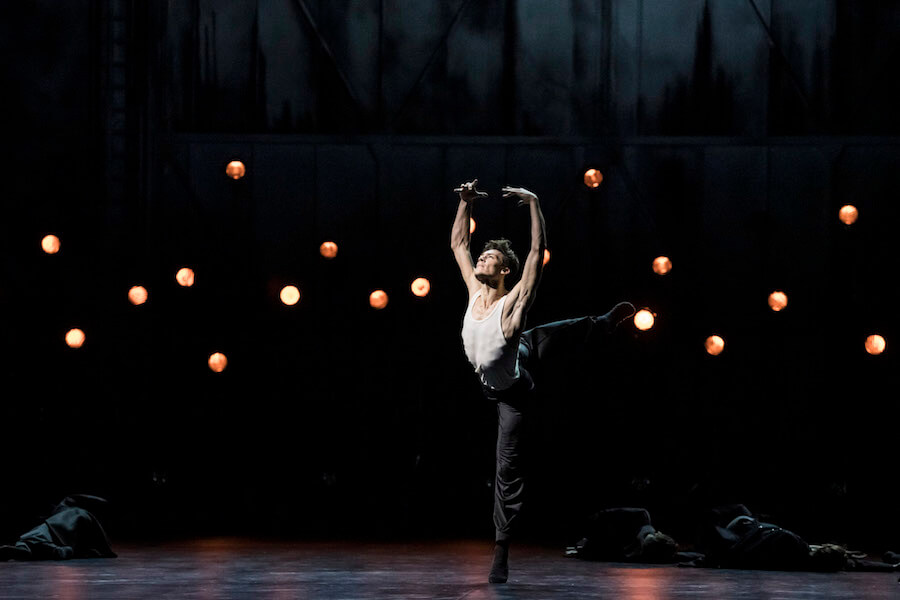 For decades, Canada’s dance companies have been bringing artists and audiences together for shared experiences. So when the pandemic arrived last spring and people were being told to stay away from one another, it created a conundrum.

How could this cherished art form continue? One response has been various livestreamed solo performances. Then there was the livestreamed Idan Cohen–choreographed duet between real-life partners Brandon Lee Alley and Racheal Prince at the Chutzpah! Festival.

The really big shows, however, have been forbidden due to physical-distancing requirements to prevent the spread of COVID-19. But recently four of Canada’s most important dance presenters – DanceHouse (Vancouver), Harbourfront Centre (Toronto), the National Arts Centre (Ottawa), and Danse Danse (Montreal) – unveiled a new initiative, Digidance, to bring large-scale productions to a computer screen near you.

“There’s been a lot of discussion about the arts moving into more of a digital form of distribution,” DanceHouse artistic and executive producer Jim Smith explains by phone. “And with Canada Council investments in digital funding, this moment became a catalyst to sort of advance that conversation.”

Digidance’s first show, an 85-minute filmed version of the Vancouver choreographer Crystal Pite’s Body and Soul with 36 dancers from Paris Opera Ballet, will be livestreamed from Wednesday (February 17) to February 23.

Smith pointed out that a show like this – created on the 350th anniversary of the Paris Opera Ballet company in 2019 – would never be presented in Canadian cities, but the film will now be seen in small and large centres across the country.

“I don’t want to sort of speak out of turn in terms of our upcoming programming ideas,” Smith said. “But… there are iconic Canadian choreographers whose work or whose influence has completely informed the current generation of dance makers.”

Smith acknowledged that this raises questions whether there’s any chance to present some of these older shows in future presentations.

He added that the documentation would have to be of a sufficiently high calibre so that the artists themselves feel it properly reflects their work.

In addition, Smith noted, there’s a growing Indigenous creative voice in dance as the country comes to terms with historical truth and reconciliation.

“Hopefully, this is a way to broaden out the conversation of bringing some potential iconic historic works in the past,” he said.

Smith pointed out that Vancouver’s dance scene, in particular, has been gaining international acclaim in recent years – and not just because of Crystal Pite’s Kidd Pivot and Ballet B.C. And he’s hoping that Digidance can play a role in bringing this to the attention of the rest of the country.

After theatres across Canada shut down due to the pandemic, Smith said that there was a desire for a “startling innovation” to respond quickly to this situation.

“That all sounds really great and yet you realize, innovation is actually very complicated,” he stated. “It takes time and it takes experimentation and it takes patience.”

He also emphasized that Digidance shows will never replace the experience of going to see a live dance performance and all that this entails.

It’s simply not possible to replicate on-screen the energy that’s generated when a mass of people get together to respond to a dancer making a gesture or a certain eye movement on-stage.

However, he thinks Digidance will introduce a new level of convenience and affordability for dance lovers.

“Showing up to the theatre is a big commitment in itself because there’s a big ticket price,” Smith said. “But choosing when you can watch something at your leisure in front of your computer – it comes with a lot more flexibility.”

Plus, it’s a whole lot cheaper. Tickets for the Body And Soul film, for instance, start at $15 for individuals when it would cost considerably more to have seen the live performance back in 2019.

Digidance will present the Canadian film premiere of the Paris Opera Ballet’s performance of Body And Soul online from February 17-February 23.