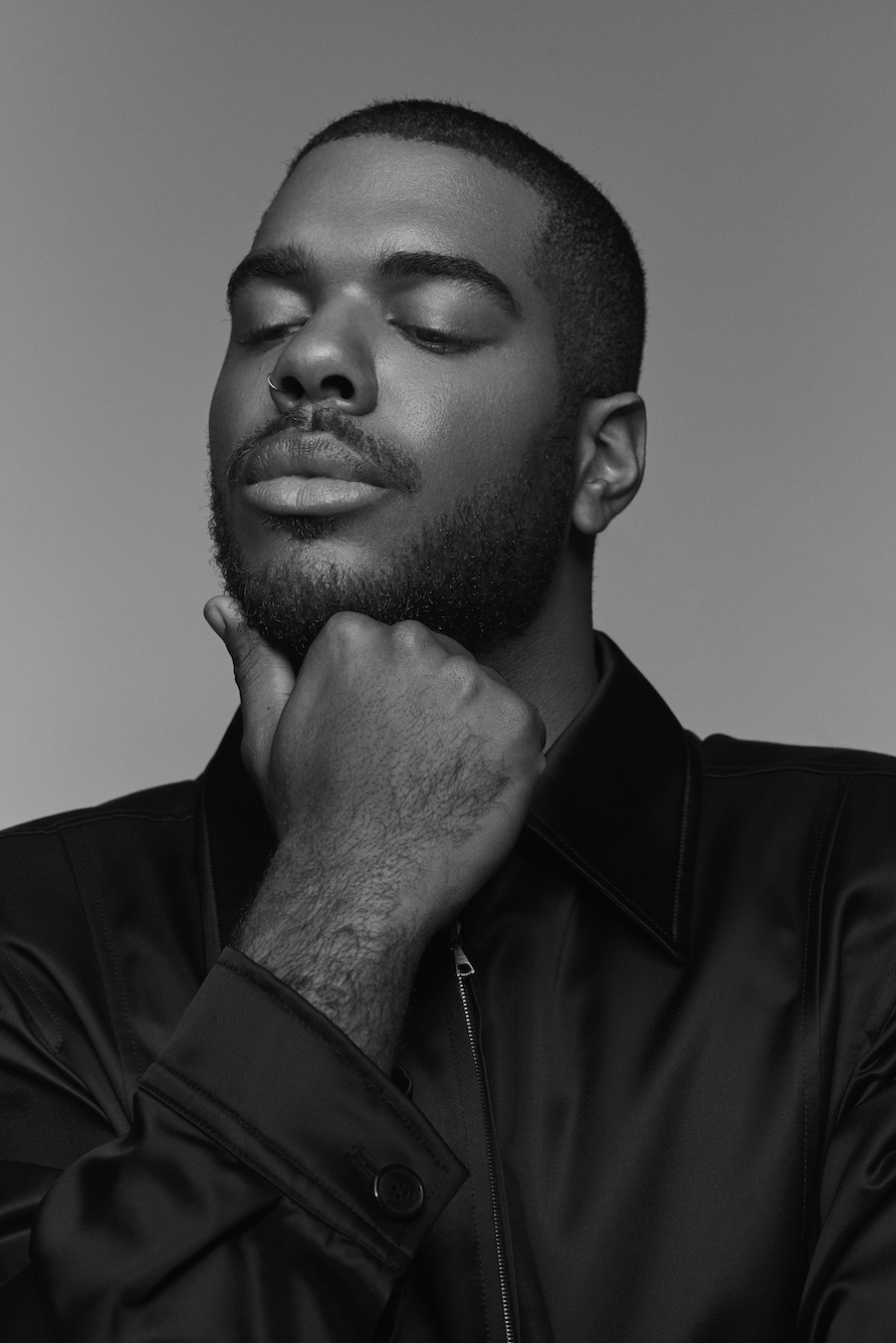 The Toronto-based dancer and Instagram star has been busy, just not in the way he planned.

Last year was big: He did Good Morning America, appeared in an Ariana Grande video and solidified himself as the king of emoji dance videos. This year, he was supposed to move to Los Angeles to start the next chapter of his great adventure. Then the coronavirus pandemic thwarted those aspirations.

On February 27, the video for Doja Cat’s Say So, a ubiquitous viral hit thanks to a TikTok dance challenge, premiered. Colley has a cameo, decked out in glittery 70s disco attire.

It feels like a decade has passed since that moment right before lockdown, he says. But since March, he’s become the Instagram hero we needed to get through isolation.

“Movement is healing, music is healing and food is healing too,” he explains. “It’s been the combination of those three that has helped a lot of people in this time.”

In 2020, Colley took his platform to new heights, talking openly about mental health, the Black Lives Matter movement, supporting small businesses and his hopes for an optimistic future.

Coming to us live (pre-recorded and deftly edited) from his Scarborough home, he brought his signature charm, goofiness and radiant positivity to our screens, a welcome reprieve in a year of doomscrolling.

His 880,000 Instagram and 350,000 TikTok followers were greeted daily by motivational dance videos that encouraged them to get out of bed, see beauty in the little things and believe in themselves. It may seem earnest and preachy, but for people grappling with anguish, grief, anxiety and uncertainty, his  videos were a soothing balm.

Colley isn’t a trained dancer but his viral videos like the Missy Elliot “Cool Off Challenge” will have you fooled. A true child of the internet, he taught himself pirouettes, backbends and a proper pointed toe using eHow videos. For him, dancing is an integral expression of joy.

He studied digital media at university and has always been fascinated with bringing the virtual into the real. He records himself dancing to things like The Office theme song, and overlays the video with emoji heart explosions and graphic text that says, “You’ve come so far, why give up on yourself now?”

The comments on his posts are full of people saying his videos always come at the right time. On one video, Toronto drag queen Tynomi Banks commented: “Actually thank you, this is exactly what I needed today.”

He never sought out a large following, which is most likely why it grew authentically.

“My whole point in doing everything that I’m doing is because I know what pain feels like, I know what hurt feels like, especially when it comes to battling things with your mental health and just being a Black person,” Colley explains over Zoom. “I know how hard it is, especially as a Black man. We’ve been taught from when we’re young that vulnerability is a weakness. But, I don’t want my Black brothers and sisters, or however anyone identifies, to feel like they don’t have anybody.” 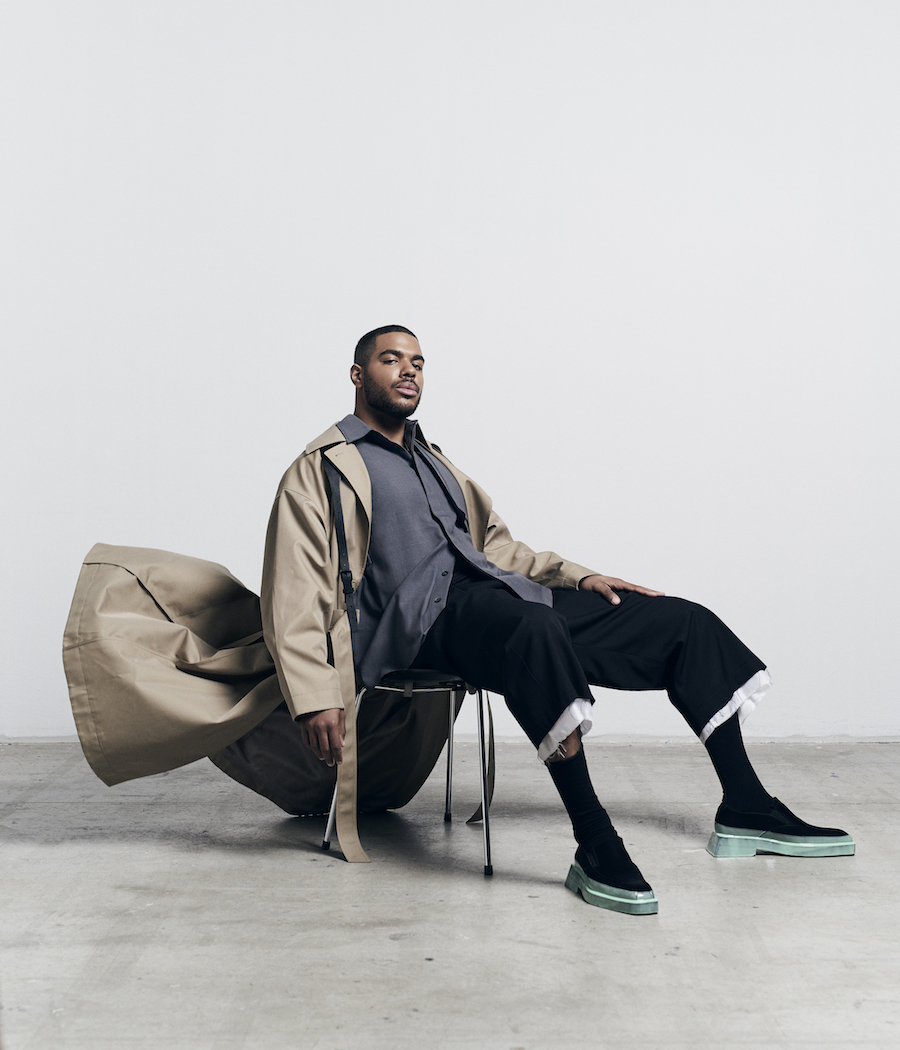 “Not just an emoji dance video”

During our interview, he never referred to the people that follow him as his followers, always as his “community.” Like any influencer, he does brand deals and sponsored posts, but the space he’s created online doesn’t feel like his content is being posted at you but rather to start meaningful dialogue between him and his community.

He felt a responsibility to post uplifting content in such a bleak period, but was careful not to overexert to the point of pouring from an empty cup.

“In 2015, I lost my sister to suicide. That was a real turning point, it was a point where I realized people are struggling silently and people really don’t feel like they have anybody that they can turn to, even those closest to them. When you’re put through so much pain and so much hurt, you just don’t want to see that happen to anybody else.”

He stresses he’s “not just an emoji dance video” even though some people feel entitled to constant positivity. He references toxic positivity  (a belief in perpetual optimism, denying other emotional reactions to life’s challenges) as one of the reasons he has to log out of social media and temporarily remove apps from his phone.

At the end of May, following the Minneapolis police killing of unarmed Black man George Floyd, Colley changed the tone of his content.

“There are definitely points where it doesn’t make sense to post a positive video, it makes more sense for me to use my voice and amplify others,” he says.

From May 26 for over a month, all his posts were videos, informative graphics or conversation starters about police brutality and anti-Black racism. Colley has lost people to police violence, so it hit home.

Not everyone was happy with this pivot.

Colley’s posts calling to defund the police across North America and advocating for the people like Breonna Taylor (who was fatally shot by police in her Louisville home in March) garnered backlash, mostly from his white followers.

He received comments saying he had changed, that he was a bad role model, that they missed his old content.

His reply: “I’m not here to give that to you, especially not now. Scroll down a bit and you’ll find an older one, but I can’t and don’t want to do that right now. This is way more important for me.”

As soon as he felt comfortable, he started posting his typical videos again, but with the added context that he is much more than a viral TikTok challenge or positivity machine.

“At the end of the day, the posts that I create are reaffirming, just for me. I’m sitting on the computer editing this story that I’m basically telling myself, it’s like a mirror that lifts me up and makes me feel good. I only hope that it makes at least one other person feel good when I post it.”