NOW MagazineCultureGamingThis is Toronto’s only board game rental app

This is Toronto’s only board game rental app 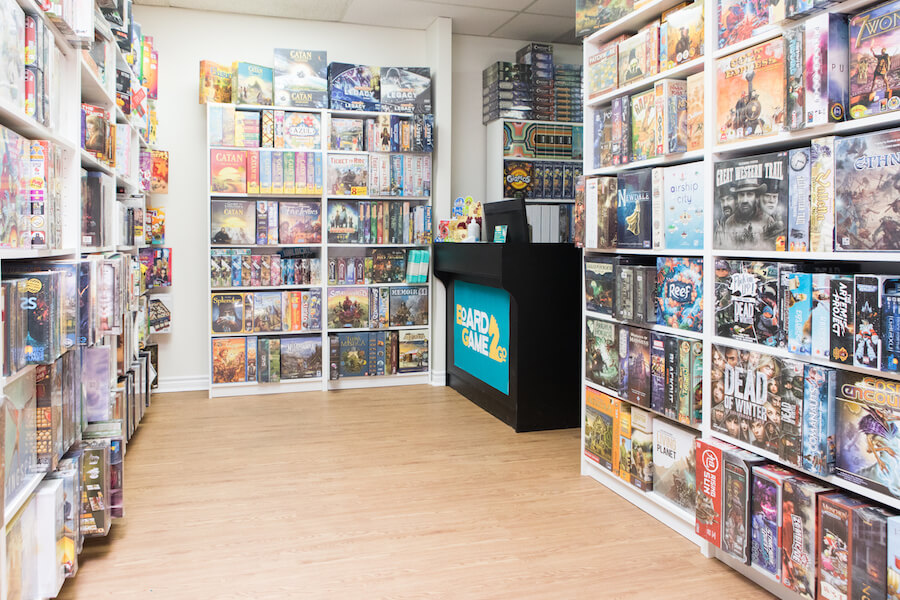 The last decade has seen a huge boom in board game culture in Toronto.

Snakes & Lattes was a novelty when it opened in 2010, but now it feels like there’s a board game cafe in every neighbourhood. There’s no shortage of spots to grab a pint or an Americano and pay a cover for access to a huge library of board games.

Now that we’re living through a pandemic, the thought of sitting for hours to play and share game boards and pieces in big groups is not as appealing to many tabletop gamers. What if you want all that game access without the cafe?

You could shell out and build your own board game collection – or you could rent games.

Enter BoardGame2Go, the city’s only app-based board game rental service. Signing up for a membership gets you access to their nearly-1,000-strong game collection in instalments of a week at a time. Since pandemic lockdown measures started in March, the shop started doing free same-day delivery and return.

BoardGame2Go was founded in October of 2019, but it’s well suited to this moment – and not just because one of the most popular games is called Pandemic.

Hu already emphasized cleanliness and order: His games are sleeved and rulebooks are laminated, making them easier to disinfect. He often rebags game pieces so it’s easier to open the box and get going (it also means less missing pieces). During the pandemic, the shop also quarantines the games for a couple of days after they’re returned.

BoardGame2Go is perfect for people spending more time at home and looking for things to do that don’t involve screens. (Hence the rise of puzzles – which BoardGame2Go has also been selling since the pandemic started.)

Hu now has a captive audience. Being able to keep them for a week means you have time to learn the rules, test them out and teach them to friends without the pressure of having to put it back on the shelf before the end of the night.

“If you want to dig into a complex game, it might take you more than an evening to do so,” explains Hu. “If you have to read a 30-page rulebook, do you want to do that in a cafe? Or would you rather do that in the comfort of your own home?”

He says BoardGame2Go is not competing with cafes – he sees his business as a “parallel service.” In fact, he credits cafes for creating the appetite for board games that allows his service to exist. 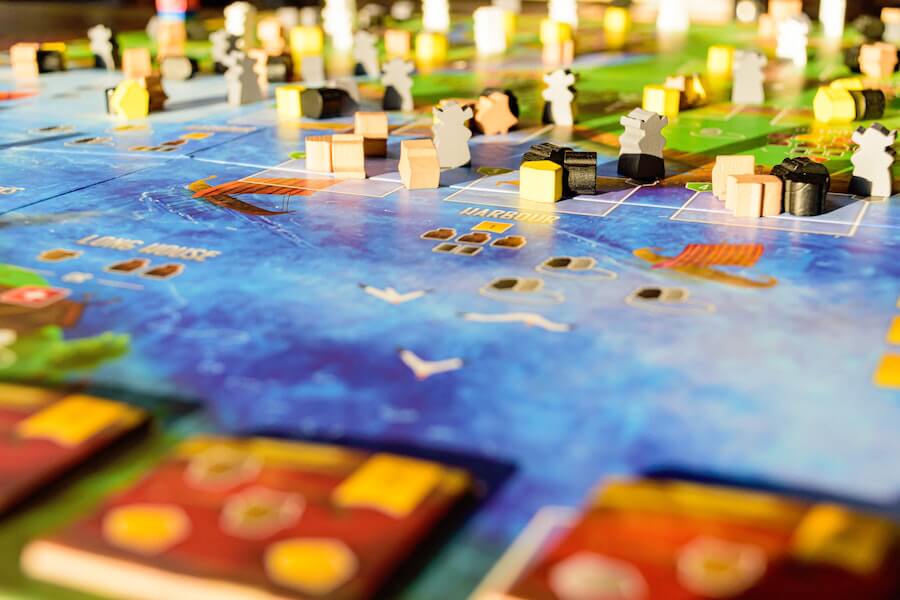 The physical location is near Queen and Spadina (423 Queen West, suite 213). It’s basically a room filled with shelves, and it’s where you can find newer, more popular or interesting games. You can also buy, rent, pick up or drop off games and get recommendations from the board game heads who work there. But the service is centred around the app, not the brick-and-mortar location.

You’ll find the full library of close to 1000 games on the app. You can filter by number of players, complexity, difficulty level, length of play and type of game. You can sort by broad categories – strategy games, party games, trivia games, escape rooms, card games or cooperative games. You can also delve into sub-categories: games that rely on bluffing, speed or dexterity, construction, civilization, battle, words or pictures.

As you rent and buy, the app learns your preferences and makes recommendations. You accumulate “GO points,” which you can use for free rentals and purchases. Hu says it’s a good way to try out games and work up to buying the ones you like best.

Like video game rentals, which used to be a big part of stores like Blockbuster, BoardGame2Go is a self-contained service. You could run a weekly game night with your COVID circle and play something new every week. Or, a week might be all it takes to beat a game and get everything out of it.

Hu says that’s why escape room games are some of their most popular for rentals – once you get to the end, you don’t really need to play them again. He says there are hundreds of them, but suggests the Unlock! series and the T.I.M.E. Stories series.

Cooperative games are also fun during the pandemic. Playing as a team against the game, instead of against each other, creates less drama. In that category, he suggests Pandemic (naturally) in which players must stop a virus from spreading throughout the world – or play as the virus itself. He also recommends Robinson Crusoe, in which players try to escape a deserted island.

Rentals range from around $5 to around $15. BoardGame2Go used to offer shorter rental periods, but during the pandemic is keeping to seven-day rentals. Deliveries and pickups are free for rentals or purchases over $30 and run in a zone between Eglinton, Victoria Park and the Humber River.

No one knows how long this pandemic will last, or if another lockdown will force us back indoors. But BoardGame2Go would give you plenty of distraction. They’re adding about 30 games to their collection per week.

“If you play two games a week, the whole collection would take you 20 years to finish,” Hu says. 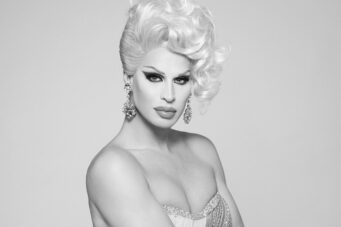 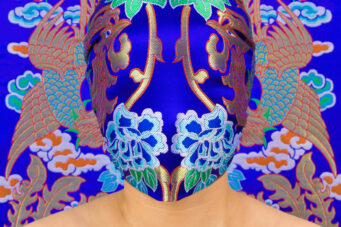