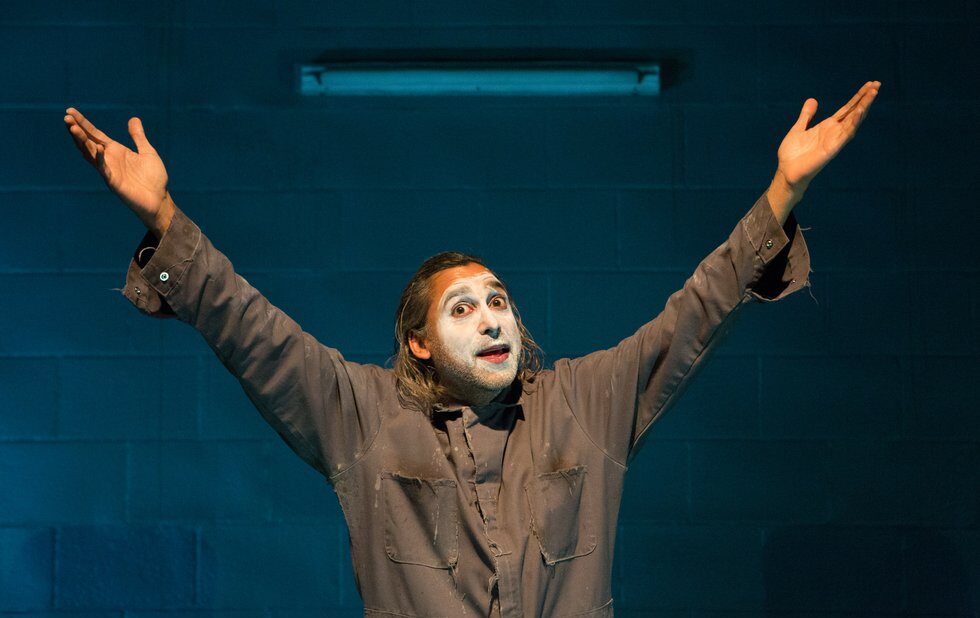 A circus-noir monodrama that traces a clowns tragicomic life of abandonment and perdition, this latest play from Vancouver novelist/dramatist Anosh Irani possesses intrigue and poetic imagery, yet it leans heavily on genre cliches, one-note characters and a rushed twist ending.

Rajarams shift from one character to another, from one accent to another he repeatedly takes on the roles of Felixs Russian mother, Scottish father and another circus employee who speaks in mellifluous English tones reminiscent of Boris Karloff are seamless and nimble.

Rajarams bravura performance is doubtlessly informed by his work as a puppeteer: every crafted gesture is full-bodied, every emotional transition freighted with omen, every story point conveyed with sly showmanship. Rose has directed Rajaram to remain in a state of constant activity for Buffoons duration, yet the actors physical busyness which, indeed, incorporates plenty of well-oiled buffoonery rarely feels overindulgent.

Rajaram is superbly supported by Hands dramatic shifts in illumination, which, using the simplest elements possible, conjure the big top, the moon and stars, gloomy living spaces and the warm glow of youthful desire. The sound design, meanwhile, is steady yet unintrusive, sometimes recalling the eerie surges of Ryder Paynes earlier work on another Tarragon chamber piece, The Small Room At The Top Of Stairs.

As noted above, Buffoons tricksy finale feels excessively compact, perhaps as a strategy for preventing us from thinking too much about whether we believe it. But it boasts a killer parting line, which Rajaram and his collaborators wisely discharge in a short, sharp shock before leaving us blindsided in the final, abrupt snap-to-black.