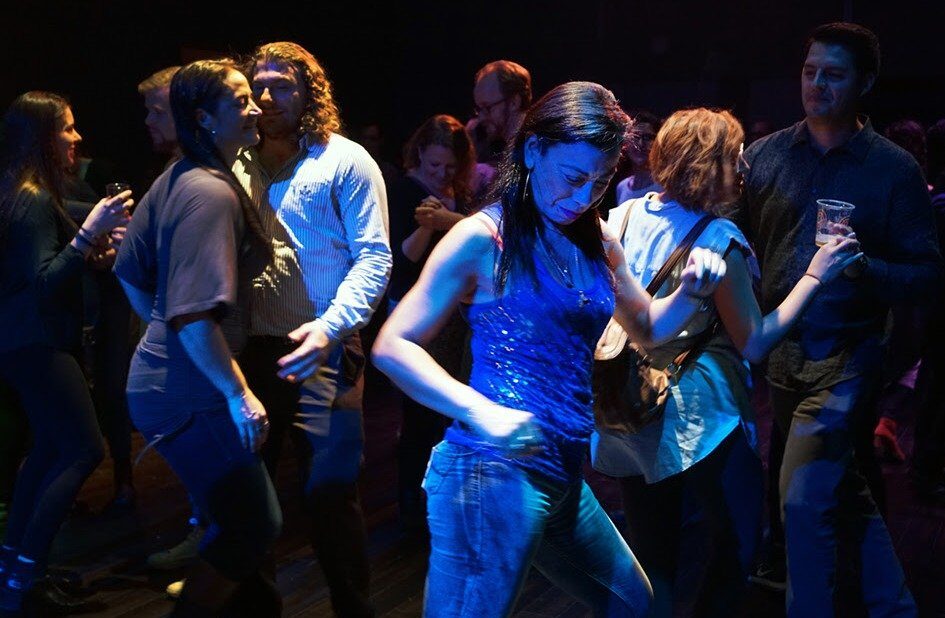 Dedicated movers of all stripes know that dance is both resistance and surrender. That idea memorably underpins writer Carmen Aguirres new show, which kicks off Factory Theatres 50th anniversary season.

With the help of onstage DJ Don Pedro (Pedro Chamale), Aguirre and director Brian Quirt conjure up a Latinx dancehall in all its sweaty and energetic glory. Audience members are encouraged to stay on their feet and dance while Aguirre riffs on the geopolitical histories of cumbia, Cuban son and Bronx salsa, among many other seductive music and dance forms.

Aguirre provides instruction and encouragement (some of it raunchy), with frequent expositional side trips into her personal history as a resistance fighter in Pinochets Chile and how music and dance culture shape the spirit of the Latin American diaspora. She talks of her parents, who brought Latin dance to Vancouvers East side in the 70s, and of her days as a rare non-white student at the theatre school she attended to reinvent herself in post-revolutionary despair. She also teases the sexy story of how she broke her tailbone dont worry, she gets to it eventually.

A prolific actor, playwright (The Refugee Hotel, Chile Con Carne) and author of several books, including the award-winning Something Fierce: Memoirs Of A Revolutionary Daughter, Aguirre is a confident storyteller. Shes also a pretty accomplished dancer. At 53, she commands the room, never ceasing to rotate her hips as songs about politics give way to songs about fucking.

Broken Tailbone is not the usual passive theatre experience and that may lead to some discomfort. Over the 80 minutes of non-stop (if often gentle) movement, the room gets hot in more ways than one. And, if youre not in the clutch of dancers at the front of the room, the mix of beats and words can be hard to follow above the missteps and giggles of awkwardly twerking bodies. From seats provided on the sidelines for rest breaks, the show is less compelling.

Theres something profound about the synergy between personal physicality and the political struggles that Aguirres structured improv investigates. Moving the body to express everything from sexual agency to tenderness to political defiance is an important and time-honoured tradition. And making music and dancing together has always been a way to both process the harshest realities and fight back against them.

So wear comfortable shoes and dance if youre able, for as long as you can surrender to the life force at the heart of Aguirres theatre revolution.