Between Riverside And Crazy needs time to settle into its run 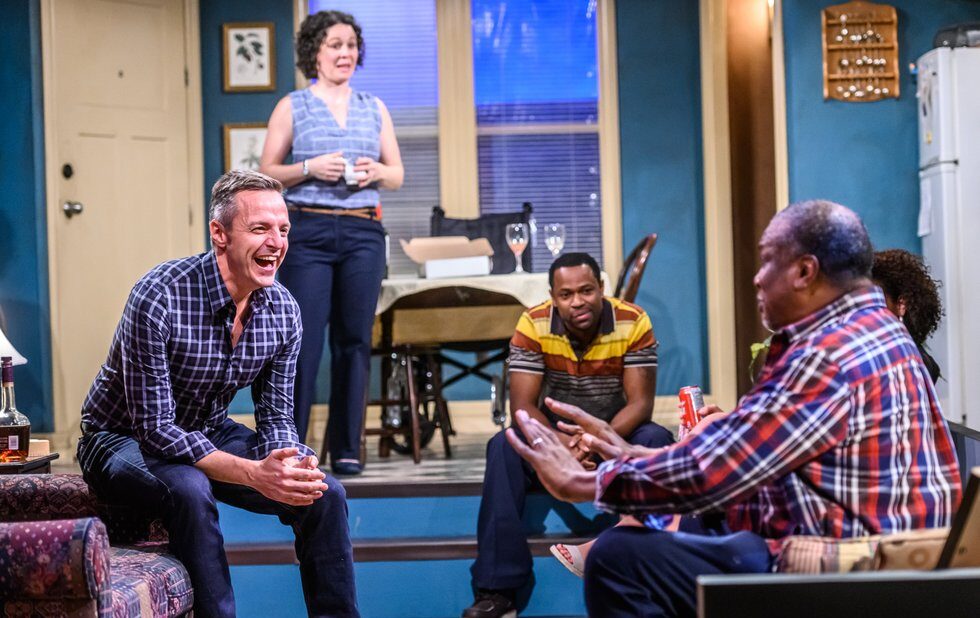 Anyone whos seen plays like The Last Days Of Judas Iscariot and The Motherfucker With The Hat knows that Stephen Adly Guirgis writes some of the liveliest and most blasphemously memorable dialogue of any living playwright. But directing and performing his words has to come naturally, and some of the rhythms are slightly off in Coal Mine Theatres production of his Pulitzer Prize-winning 2015 drama, Between Riverside And Crazy.

Thats a shame, because Coal Mine made their name in 2014 with a raucous and vital production of Motherfucker, and one of the actors in that show is in this one, albeit in a smaller role.

Walter Washington (Alexander Thomas) is a retired Black cop and recent widower living in a spacious, rent-controlled apartment in Manhattans upscale Riverside Drive. Hes got the nickname Pops because hes a father figure to many of his son Juniors (Jai Jai Jones) friends, including girlfriend Lulu (Zarrin Darnell-Martin) and bestie Oswaldo (Nabil Rajo), both of whom are temporarily crashing at Pops place.

When two other characters Walters former NYPD partner Audrey (Claire Armstrong) and her boyfriend Lt. Caro (Sergio Di Zio) pop by to visit, we gradually learn more about Walters past. Turns out he was shot by a white cop and hes currently suing the police department. Caro wants him to settle the lawsuit, sign a NDA and take some cash so that he can maintain his apartment. Caro also suspects Junior and Oswaldo are involved in some petty crimes, and if Walter settles, hell presumably turn a blind eye to them.

The play features lots of hot-button themes: real estate, race, crime, money, vengeance, toxic masculinity. But theyre not always woven together into a coherent whole, partly due to the script which leaves out a mysterious character played by Allegra Fulton until the second act and partly because of Kelli Foxs directing.

One of my main issues is that the narrow shoebox space, while intimate, seems too cramped for what should be a spacious apartment. The terrace feels particularly removed from the audience a shame, because some important conversations happen on it.

There are other inconsistencies. Oswaldo is given a bravura monologue early on in the play which Rajo, so excellent in Coal Mines Superior Donuts, nails but he doesnt have much to do in the weaker second act.

In the central role, Thomas has a genial presence, but he doesnt quite seem present on opening night, his lines had an under-rehearsed quality to them.

Much better are Di Zio and Armstrong, whose entreaties are complex and layered. And Fulton navigates the plays trickiest part with grace and a touch of magic.

This is a play that might need time to settle into its run. Id love to revisit it during its closing weeks, when the rhythms feel more natural.