Shaw Festival review: The Glass Menagerie is intimate and haunting 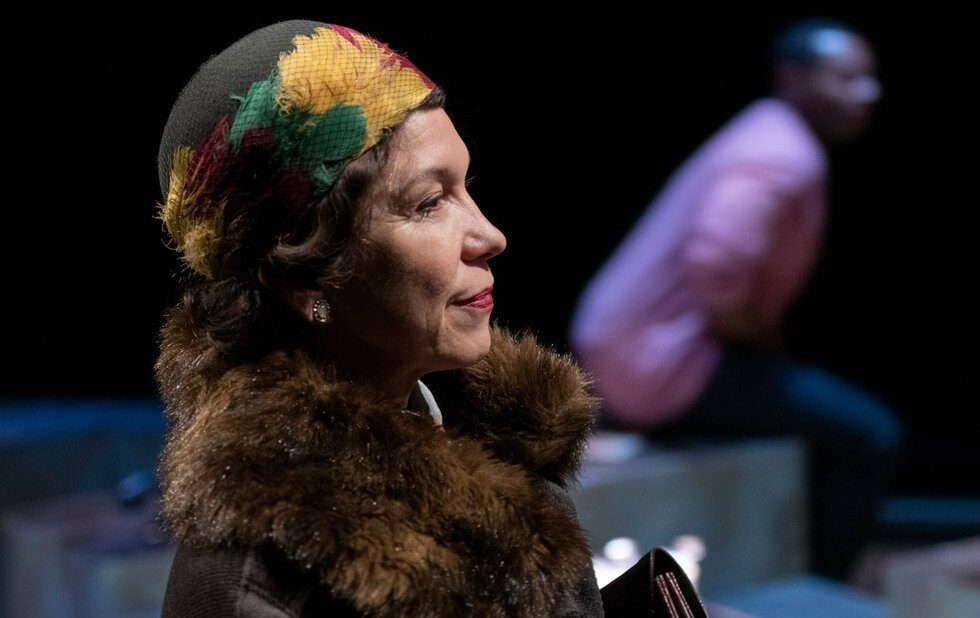 Like the symbolic figurines at the heart of the play, Tennessee Williamss The Glass Menagerie requires a delicate touch. Hungarian director Laszlo Berczes finds just the right balance of poetry and magic to ensure it shimmers and sparkles without breaking.

Remarkably, this is the first time the Shaw Festival has staged the play, and the choice to perform it in the in-the-round Studio Theatre works beautifully. Walking into the dimly lit venue with the mementos and modest, shabbily genteel 1930s furniture of Balazs Czieglers set within reach feels like entering another world, one thats suffused with memories.

Thats appropriate because, as narrator Tom Wingfield (Andre Sills) reminds us at the top of the show, this is a memory play set, as the script dictates, now and the past. Significantly, Sillss Tom, clad in contemporary clothes, greets us even before the production begins, performing a simple magic trick and reciting a bit of Shakespeare to underline the works themes. Its a fascinating detail that stresses Toms control over the events, as well as the works intrinsic autobiographical nature.

And it leads us seamlessly into Williamss bittersweet domestic tale, in which Toms mother Amanda (Allegra Fulton) attempts to secure some stable future for her daughter, Laura (Julia Course), whod rather stay at home playing with her glass collection than interact with anyone outside her family.

Following Williamss stage note that says Tom can take licence with dramatic convention, Berczes allows lots of unrealistic details into the production. The photograph of the missing Wingfield patriarch is represented by an empty mirror stand. And certain moments heightened by Mikael Kangass evocative lighting and a sensitive, uncredited sound design dip into fantasy then back again.

Under Berczess firm direction, theres an affectionate rapport between each member of the family. The way Sills and Course laugh and tease each other when Amanda recalls her former gentlemen callers and potential husbands has the ring of authenticity. So too does the gentle, then not-so-gentle fighting between mother and son.

Fulton, in her Shaw debut, has lightened her voice to present a woman who, even though she recalls her romantic past, has a steel core of realism and practicality. Its easy to see the charming flirt she was in her youth, and the way she dominates a conversation with her singsong cadences is captivating without ever being pitiful.

Sills effectively captures Toms restlessness and poetic spirit, pacing the set, glowering from the exterior of the stage area and, in one of the productions most heartbreaking scenes, drunkenly imagining escaping his dead-end life without hurting anyone. Course, her posture evoking a lifetime of insecurity, communicates Lauras dream world through whispered play-acting with her glass figures thats poignant yet never sentimental. And Jonathan Tan brings an intelligence and forthrightness to Jim, an outsider who quickly comprehends the mini drama hes entered.

The best productions of this play remind you of something from a waking dream. Dont be surprised if images, lines and snatches of music from this production haunt you afterwards. Its that good.