Going online is bittersweet for performers and organizers, but staying connected is more important than ever in a time of crisis and protest 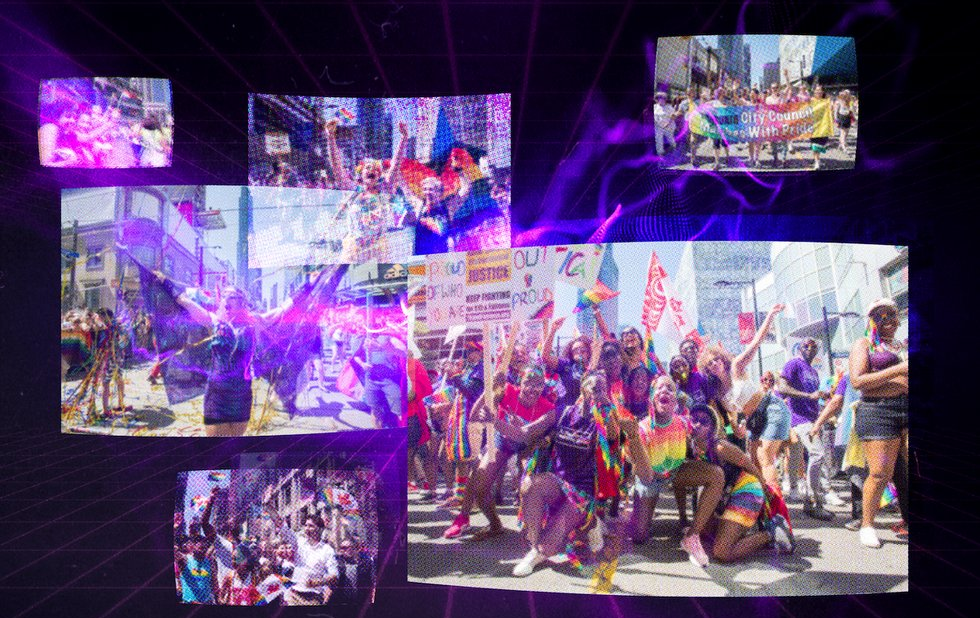 Ocean Giovanni is contending with a mouthful of purple feathers.

The Toronto-based drag performer is draped in a boa lip-synching to Lizzo’s Truth Hurts in front of a transgender pride flag in a pre-recorded performance streaming on Pride Toronto’s Twitch channel. A chicken wing, a box of popcorn and a wedding dress all feature into a campy, five-outfit change routine, which they shot at home using a travelling tech kit that Pride provided to artists.

“I used my laptop to stream shows and snatch something off of Netflix,” Giovanni says. “Now my laptop is my whole career.”

A self-described “lip-synch artist first” with a penchant for old-school drag, Giovanni grew up in Nova Scotia and started performing at age 19 in Ottawa before moving to Toronto. They’ve been making the rounds on stages in the city’s east and west ends before the coronavirus pandemic sent us into lockdown mode in mid-March.

This year is Giovanni’s first Toronto Pride. Even for a young performer, the month would normally be packed with bookings, sometimes multiple gigs per day during Pride Month.

“I’m not mad at it,” Giovanni says of Pride’s pivot to an online festival, including a livestreamed Pride Parade on June 28. “I’m really proud at how our community has adapted. I always say this is the best time to be gay because we are really taking care of each other.”

Giovanni’s Truth Hurts performance was part of Pride’s Drag King and Gender Performer Hour on June 20, one of several events hosted on the video conferencing app Zoom and streamed to Twitch as part of the month-long Virtual Pride.

When Mayor John Tory announced event permits were cancelled through June 30 due to the pandemic, Pride immediately shifted to an online festival. The organization would normally hire 250 artists to perform on Festival Weekend. This year, Giovanni is one of 180 artists booked over the course of Pride Month for a mix of livestreamed and pre-recorded virtual events.

Going online comes with pros and cons, including hosting events on video conferencing apps like Zoom, which have been vulnerable to trolling and hate attacks. But going virtual allows artists to up their technical know-how, refine their performance chops and reach audiences that are not inclined to go to a bar to watch a performance. It’s also a chance for queer and trans people participating in protest movements against police violence and racism to recharge and connect.

Giovanni says they’ve been lucky, landing a weekly gig hosting their own drag show, Category Is, on Glad Day Bookshop’s Zoom channel, and they’ve been able to book artists from all over North America.

“I would never have known of any of them if corona didn’t come for all of our gigs. We would not be connected,” Giovanni says. “I’m coming out of this mess that is the pandemic better than I came in.”

A community in crisis

The COVID-19 crisis has been financially devastating for LGBTQ artists, businesses and charities that count on the annual event. The Pride movement began with a riot but now it’s very much about revenue.

Last year, Toronto Pride’s big weekend attracted 1.7 million people and contributed an estimated $374 million to the provincial GDP. Local businesses in the Church-Wellesley Village see a 300 per cent increase in business over the weekend, according to the area’s Business Improvement Association – an influx of cash that can be spread over the year to make up for quieter months.

Some of the impacts cut deeper.

An April survey by human rights nonprofit Egale and Innovative Research Group found LGBTQ Canadians have disproportionately faced hardship as a result of the pandemic, with 53 per cent of LGBTQI2S households facing layoffs or reduced hours compared with 39 per cent of the overall population.

And nearly 60 per cent of respondents said they expected negative mental health impacts to increase in the following two months compared with 42 per cent of the general public.

Though Ontario has yet to begin collecting race-based data related to COVID-19, preliminary geographic analysis by Toronto Public Health suggests the virus hitting harder in neighbourhoods that are home to new immigrants and lower-income people.

The 519 Community Centre – one of Pride’s charities of choice alongside Maggie’s TO – has expanded its drop-in community meals to seven days a week during the pandemic. The meals would normally attract 65 folks per meal. Now an average of 220 people turn up, explains director of philanthropy Stacy G. Kelly.

“It’s been obvious that we’re just seeing a lot more people who need that help,” he says. “If you think about some of our seniors, their once a week drop-in to the 519 might be their only real kind of social activity for a week.”

The 519 has cancelled its annual Green Space Festival, its largest fundraiser. The four-day event is free, but generates revenue from VIP tickets and food and beverage sales. Kelly says its cancellation will contribute to an expected $1 million shortfall for the fiscal year.

He says individual donations to the 519 have shot up during the pandemic, with many third-party promoters and corporate groups hosting fundraising parties and events.

“It’s been very heartening. We’ve had some good wins,” says Kelly. “But we’re doing out best to make up for the type of money we’d generate during the festival.” 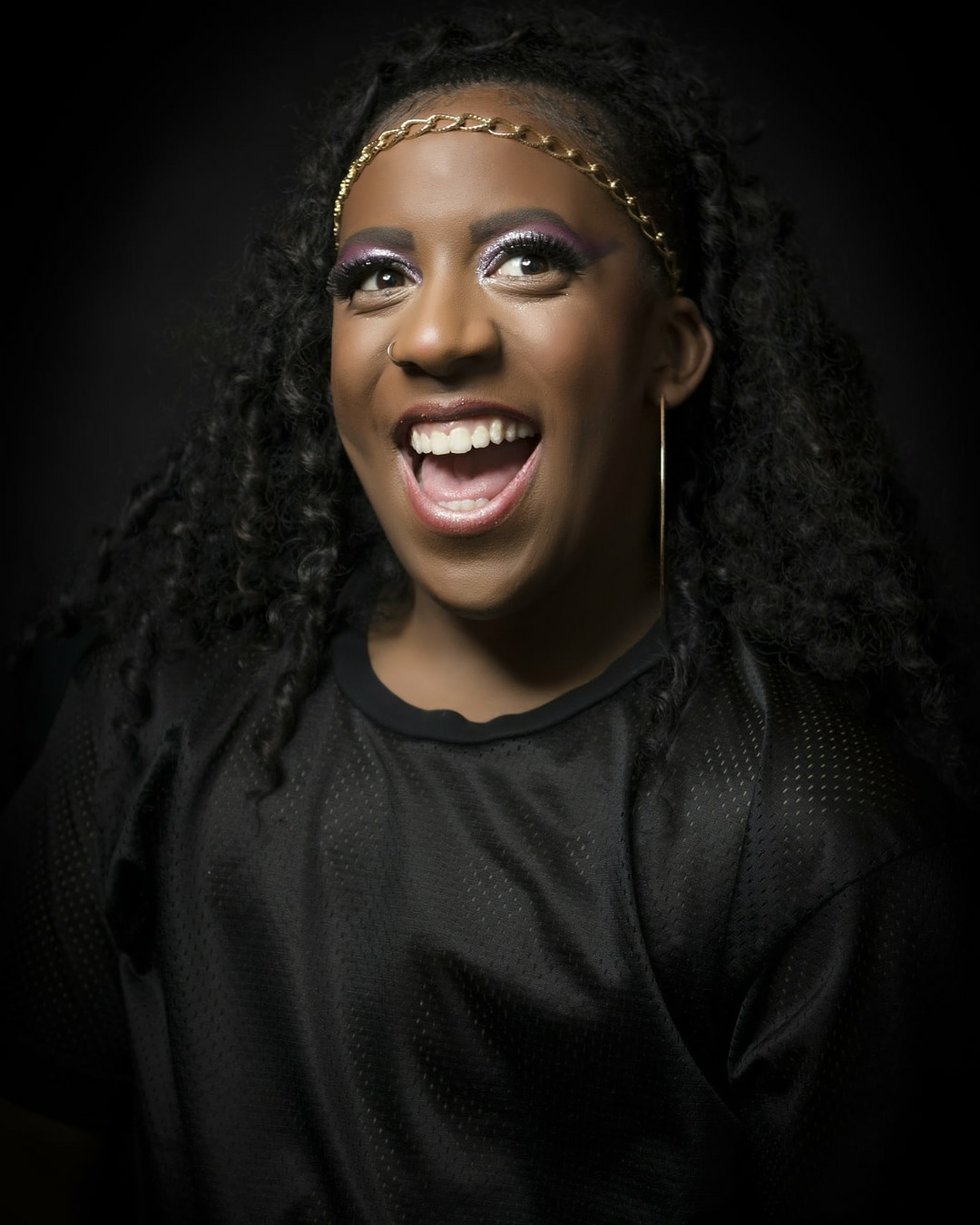 Pride Toronto’s team had started making contingency plans before the mayor announced summer festivals were off. Staff consulted with community groups and mental health experts who agreed going online was better than doing nothing.

“To take [Pride] away while we were going to be on lockdown, that was concerning,” says Amber Moyle, Pride Toronto’s director of development and special events. “If nothing else, seeing each other’s faces and knowing that we’re out here is important.”

Shifting online has also been a chance for new creative thinking and to reach out to LGBTQ people who might be closeted, living in socially conservative environments or simply uninterested in attending a crowded street party in the blazing sun – a contingent that is likely to expand until a COVID-19 vaccine is created.

Virtual Pride was a chance for Moyle and Pride’s eight full-time staff (the organization is currently looking for a new executive director) to rethink each event.

“Everything had to start over again, that included programming, sponsors and marketing. Everything had to be completely changed to address this virtual platform,” she says. “It felt like a creative opportunity, which is rare. We’ve always generated the same festival year after year.”

Moyle says presenting sponsor TD Bank called within a week of Tory’s announcement and said they wouldn’t touch their money – even if Pride is cancelled. Pride portioned off operational costs and used the rest for the virtual festival. Then tech sponsors like Google and Salesforce started reaching out for the first time.

The Parade will flow similar to the real-life event, with Indigenous-led opening ceremonies, introduction of honoured guests, and a 20-second countdown with community leaders and surprise celebrity guests. Participants will then be encouraged to shout out some sort of Pride message to mark the kickoff moment to create a feeling of solidarity across the city.

“Even if you hear one other person in your area yelling out, I think people need to hear that right now,” says Moyle.

Three quarters of the parade will be pre-recorded. Organizations or groups will be able to generate their own Zoom or Skype link that will be streamed to the main live feed so the event doesn’t feel like watching TV.

Several of Pride’s 1,200 volunteers have been redeployed to tech support positions and systems are in place to monitor and intervene in the event of a hate attack. Early in the month, Pride organizers had to disable interactive chat features and audio during a trivia event within the first five minutes after trolls used a drawing feature to post homophobic and transphobic messages.

“There have been threats of viruses and people attacking us through other means on the back end,” says Moyle. “But that is something we are used to. It’s not a new thing to Pride Toronto. It’s part of our reality as an organization dealing with really important issues.”

There is a plan in place to ensure the Parade goes smoothly. The Dyke Rally will also be an open event but Trans Pride will be a closed event and require registration to participate.

Ensuring a smooth technical experience while boosting spirits and producing a memorable event is a challenge each event organizer faces.

For Blockorama co-organizer Craig Dominic, producing an online event is bittersweet. The popular event celebrating LGBTQ people from across the Black diaspora was supposed to expand to two days this year, but will instead scale back to a six-hour virtual dance party on June 28.

This year’s event will emphasize DJs and give partiers a “visual extravaganza” in addition to performances. Two years ago, Dominic had 29 gigs booked in June alone. This year he has two. On top of that, Instagram and Facebook don’t allow licensed music in livestreams, making it harder for DJs to reach broad audiences on the most popular social platforms.

“When Blocko first started, there were maybe five DJs. Now there are so many Black queer DJs that it’s really hard [to book them all],” he says.

This year’s Blocko is also taking place as major protest movements against police brutality and anti-Black and anti-Indigenous racism are pushing systemic racism onto the mainstream political agenda in ways we haven’t seen in recent years.

The issues are hardly new for Black queer and trans people in Toronto. The city’s LGBTQ community – and Pride Toronto’s membership – have been locked in intense debates over police involvement ever since Black Lives Matter stopped the 2016 Pride Parade to demand that uniformed officers be banned from participating.

“Blocko, as always, works as a space to rejuvenate people and give them a warmth and a sense of community that is tangible,” says Dominic. “This year feels the same in the sense that we’ve always been that space. At a time when we’re still witnessing this loss and mourning this loss collectively – but not together outside of the in-person protests – it’s important to organize for a moment of joy.