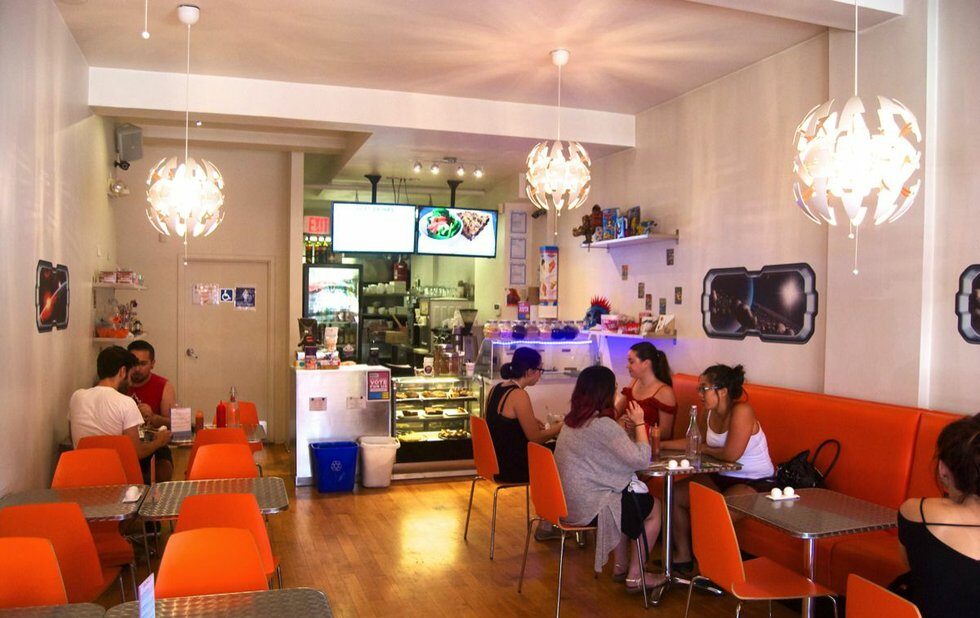 “It is with great sadness that we announce after four years of operations, that we will be closing our doors on Sunday, August 18,” owners Tim Guimond and Elliot Alexander wrote in an Instagram post. “After the recent sale of the building we were leasing, we cannot afford the new proposed tripling of our rent.”

Guimond and Alexander told CityNews in an interview that their rent went from $3,000 to over $9,000 after the sale, and that attempts to negotiate another deal were unsuccessful.

The spot was beloved by Kensington locals and Toronto vegans alike for its wide variety of veganized comfort food, including ice cream, baked goods and all manner of deep-fried snacks.

“Tim and Elliot are not quite sure what the future holds for them, but we will be continuing to enjoy vegan treats (that don’t taste vegan) long into the future,” they wrote.

In the meantime, they have a few last hurrahs planned, including this weekend’s Pedestrian Sundays and the Veg Food Fest from September 6 to 8.