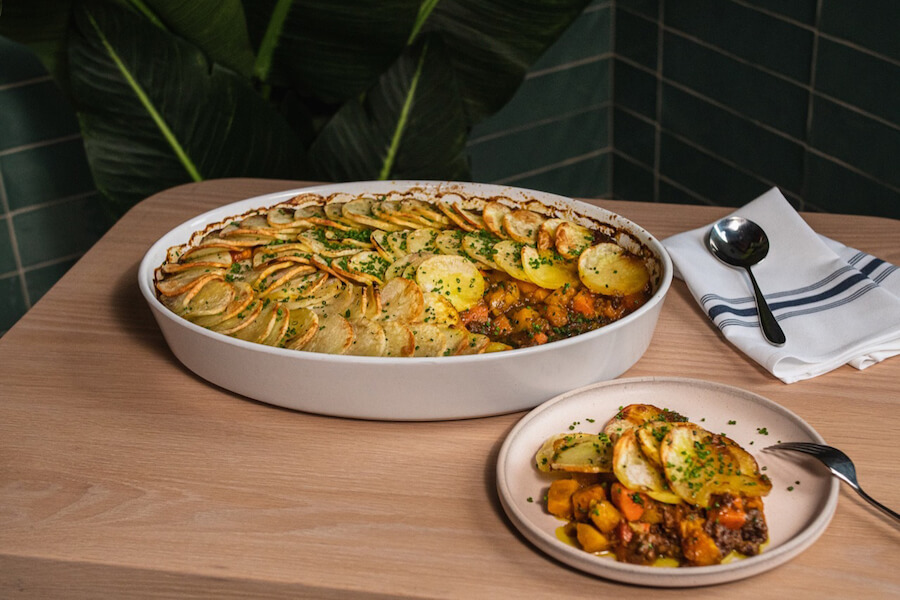 Across many cultures, meat is at the heart of winter holiday meals: roasted goose in Germany, banana leaf-wrapped pork in Fiji, chicken tamales in Costa Rica, curry goat in Jamaica, a whole suckling pig in the Philippines or turkey and roast sirloin in Canada and the United States.

Convincing family members to move away from meat-heavy meals involves countering decades of tradition. My family is Jamaican and a Christmas dinner without oxtail and rice and peas seems unfathomable. Craig Wong, chef and owner at Patois, a Caribbean-Asian fusion restaurant has the same issue with his family.

“We’re eating Asian food, Caribbean food, we have North American stuff. [Going plant-based] is really a personal decision that somebody has to want to make, they have to want that,” he tells me. “I find that if you try to convince them of something, they’re almost a bit more apprehensive.”

Meat substitutes aren’t new but recent advancements have made them taste closer to the real thing than ever before.

Wong recommends incorporating them into traditional dishes and getting creative with flavours. He created a Jamaican curry cottage pie for Patois in October, using a ground beef substitute from Impossible Foods. He layered curried sweet potatoes and carrots over the meat alternative, seasoned with scotch bonnet peppers, pimento, fresh thyme, oyster sauce for umami and some panko for texture.

The jury’s still out on Christmas gatherings (it’s looking very unlikely) and Hanukkah falls within the dates of Toronto’s lockdown, so holiday meals may look smaller than normal.

So this is an opportune time for a plant-based holiday – less people to please.

Meat consumption seems to be going down in Canada, especially red meat. Statistics Canada measures per capita disappearance – which isn’t exactly meat consumption because that’s harder to track, but rather the amount of meat available per person in a given year.

Wong has been studying food trends and consumption habits for years and echoes what the numbers are saying: we are more conscious of what we put in our bodies. 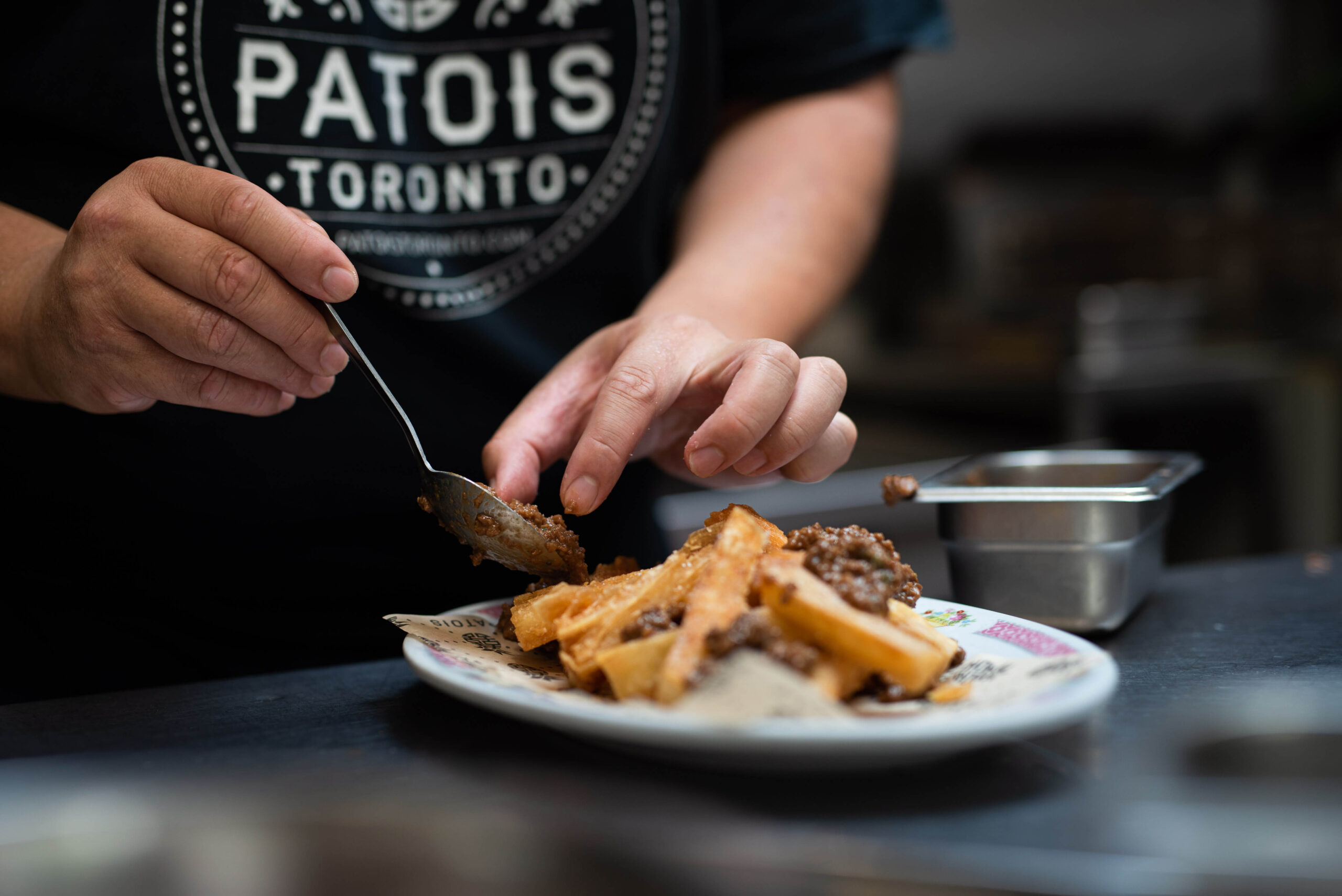 “People are paying attention to the ethics of the companies that are producing foods. What a different and unique time, I’ve never seen people so observant of companies and holding them accountable for what they’re doing,” said Wong. “It’s eye opening to me as well, because as a restaurateur, I always felt like: ‘Work really hard and do your best to ensure that we’re doing good business.’ But, it’s more than just that now. It’s a great way to live.”

There is, of course, a need for nuance and to take into account that food systems around the world look very different from Canada.

When my ancestors started braising oxtail in gravy with scotch bonnet peppers and butter beans, they probably raised the cattle themselves. In many parts of the Global South, this is still the case, with food systems that revolve around small-scale agriculture.

This has changed as more people around the world rely on food suppliers and grocery conglomerates. In urban centres like Toronto, where convenience reigns supreme, we mostly buy meat at grocery stores, whose suppliers definitely aren’t raising one or two cows at a time.

For some people, the holidays are a well-deserved respite at the end of a long year and a time for family bonding. They’re also a period of mass consumption.

Switching to more flexitarian eating habits is a step in a better direction. In January, the Meatless Farm Company released a study that found if each Canadian swapped out one beef-based meal for a plant-based meal each week they could reduce their greenhouse gas contribution by five per cent annually.

When dreaming up your plant-based holiday menu, don’t just replicate a meat dish. Instead, substitute with something new.

Plant-based holiday eating just means shifting the focal point, rather than cutting meat out completely. Don’t think of meat as the main event to design the sides around. Instead of a brisket or a whole roast, serve a root vegetable stew with beans, herbs and spices and topped off with crispy shallots and green onions. The meat can become an optional add-on.

If, like Chef Wong’s family, yours loves potluck-style meals (assuming we will be permitted to gather), ask that fewer people bring meat dishes and more people bring intricate and flavourful veggie ones. Or use meat substitutes.

An added bonus: the vegans and vegetarians in your family won’t feel like an afterthought.

Look to cuisines that are already rife with plant-based recipes for inspiration: Indian, Thai (although they often use fish sauce) or Mediterranean. Experiment with spices, seasoning and herbs to add savoury flavours.

Keep things classic: For traditional North American holiday flavours, roast an entire head of cauliflower with cumin, cardamom and chili until it’s crispy and smoky. Grill eggplant with za’atar for the same impact or mash sweet potatoes with rosemary-infused butter and lemon juice. Add some starch and you’re golden.

Do something unconventional: Build-your-own tacos, and let people opt out of meat or use meat substitutes for fillings.

Try a recipe like Chef Wong’s: Remake a cottage pie or shepherd’s pie with meat substitute. Or just fill it with different veggies like potatoes, portobello mushrooms or carrots. To give them a richer flavour, char the veggies using the broiler or on the stovetop with a cast-iron pan before adding them into the pie.

Watch Wong cook up his plant-based Jamaican curry autumn cottage pie in the video below.