The trio of Momofuku alumni that opened this place – Ann Kim, Jed Smith and Peter Jensen – named it for a fictional character, the sort of hip auntie who probably still has a sequined jumpsuit in the back of her closet somewhere. And eating at Donna’s, with its groovy houseplants, idiosyncratic vintage plates and killer 70s vinyl collection, feels like spending an evening in her kitchen. Running with that homey theme, the food here is unfancy but memorable, with splashes of butter, mayo, lemon, vinegar and wine in all the right places. Mow down a Scandi shrimp sandwich ($13) at lunch, or bring a date and dive into a zippy egg-green-bean-crouton salad with brown butter dressing ($10), plus a flaky bone-in sole for two ($32) drenched in a white wine and red pepper sauce and scattered with hazelnuts. 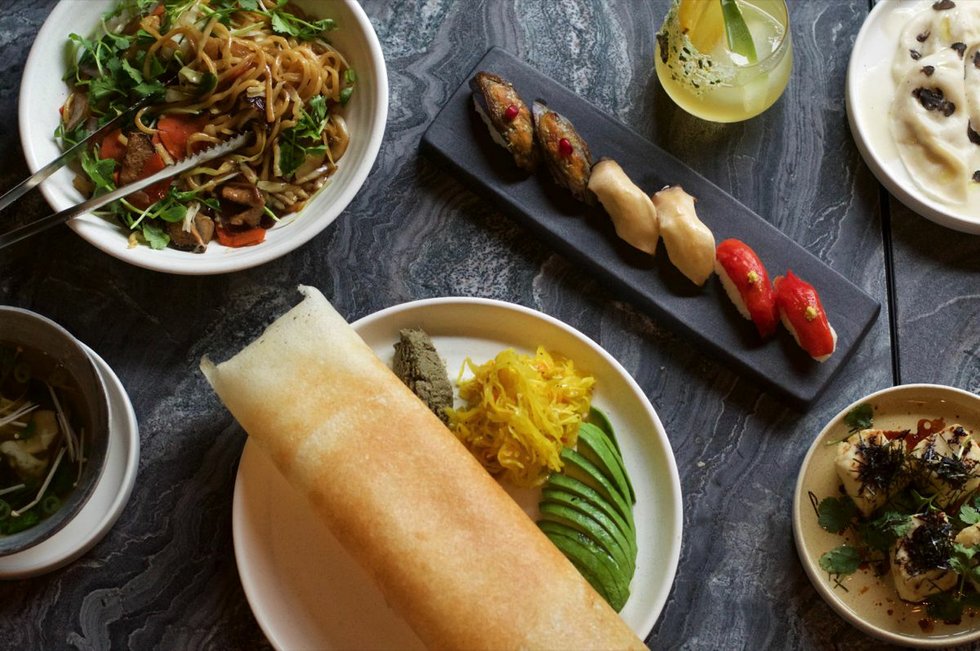 When Planta first opened in 2016, Toronto was hungry for a stylish, current date night spot that ever-so-casually just happened to be vegan. But no one could have predicted the restaurant’s rapid rise into a miniature empire (which has also come to include takeout joint Planta Burger and a satellite location in Miami) in just two and a half years nor that chef David Lee would go so far as to flip Nota Bene, which set the standard for casual fine dining when it opened in 2008, into a new addition to the Planta fam. To lure the usual Yorkville crowd south, Lee and the Chase Hospitality Group whipped up an all-new pan-Asian menu featuring vegan “sashimi,” crushable Shanghai noodles (handmade over at Famiglia Baldassarre), flaky dosas with coconut and avocado and sculptural desserts. I’d say you wouldn’t notice that anything’s missing from the menu – but really, nothing is. 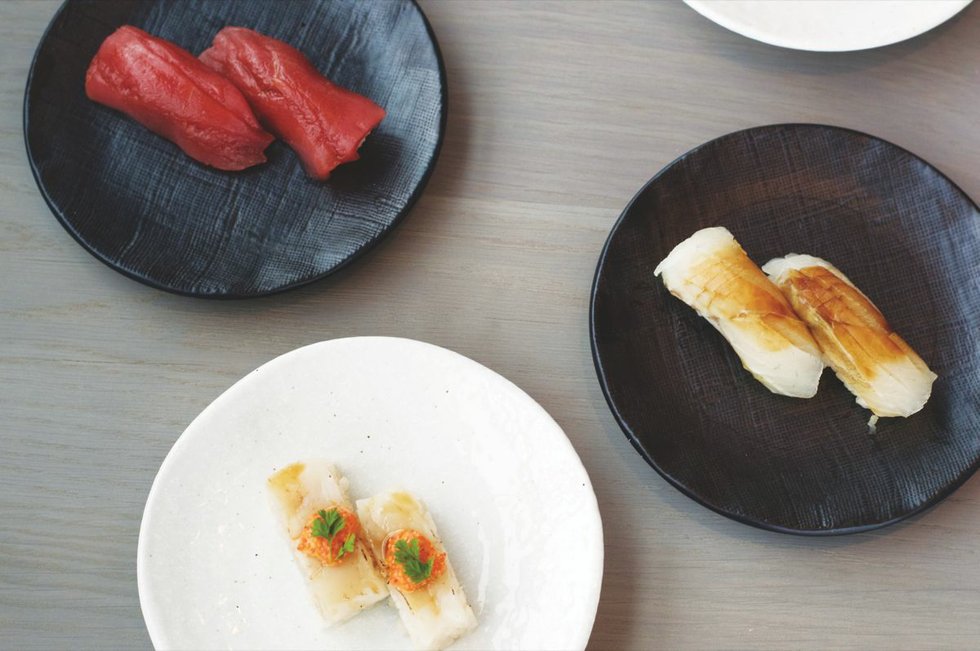 If the price of admission to Miku, Queen’s Quay’s watercolour-washed shrine to all things high-end and Japanese, is too high, turn tail from the lake and head up to Yorkdale Mall, where the Vancouver-based Aburi Group has set up more accessible digs. But the more forgiving price point (dishes start at just $2.50) doesn’t make the dining experience any less exciting: Tora is Toronto’s first “laneway” sushi restaurant, a spin on Japanese conveyor belt sushi restaurants, that uses touch-screen ordering and a tableside track to whoosh your order directly to your seat. Miku’s supply connections in Japan help ensure the fish is of stellar quality, and with 120 menu items ranging from sashimi, maki and aburi (pressed) sushi to signature “edoprime” nigiri and Japanese small plates, diners can scale their experience to their budget – though we can’t promise you won’t get order-envy from watching little plates of kinmedai ($9.50) or o-toro nigiri ($9) scooting past your seat. 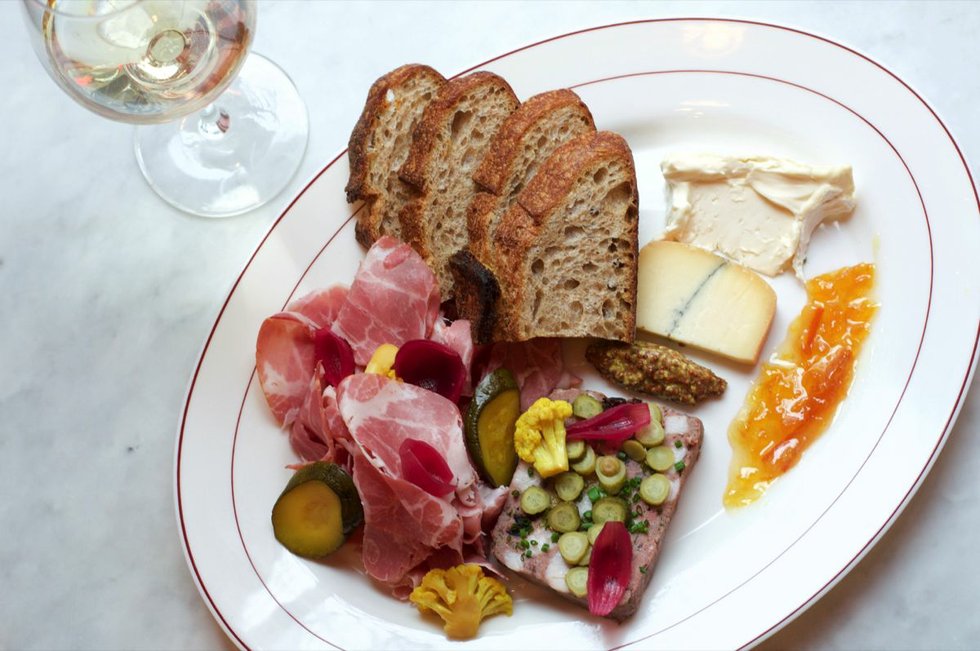 Thoroughbred was put out to pasture last fall, but it turns out the team behind the Entertainment District snack bar had other plans for the space. Owner Ariel Coplan teamed up with some oenophile buds (including Bruce Wallner, who runs the Sommelier Factory school upstairs) to turn the two-floor Victorian into a playground for wine nerds. Mystery wines, flights and a slew of by-the-glass options encourage experimentation and exploration, while the food menu runs toward the simple and snacky: Charcuterie, salads, maybe some caviar and Ruffles if you’re feelin’ fancy. For best results, grab a pal and spend an evening Very Hungry Caterpillar-ing your way through the absolutely bonkers muffuletta sandwich for two ($26). 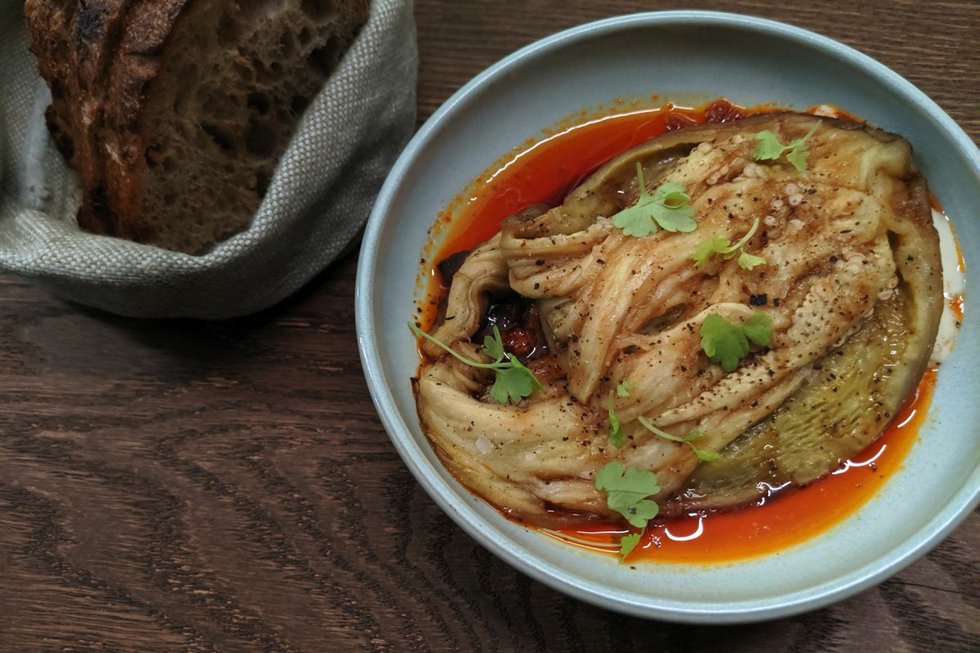 Since opening in 2016, Jeff Kang’s Canis has made its name on exquisite modern Canadian, though it’s more likely to welcome couples on date night than the Queen West party crowd. Enter Après, a spare, modern wine bar by Kang with a broad bottle selection and a refined (as if it would be anything else) small-plates menu. Service is knowledgeable yet welcoming even when I plunked my wine-idiot self down at the bar and ordered the cheapest glass of pinot nero they had, the staff still took the time to walk me through its finer points. And the food is the exact thing you’d want to dive into with friends over a bottle or two: think eggplant roasted into a silk-like spread and flanked with smushy fresh sourdough ($14), or spindly legs of soft-shell crab in a pool of tangy black bean sauce ($21). 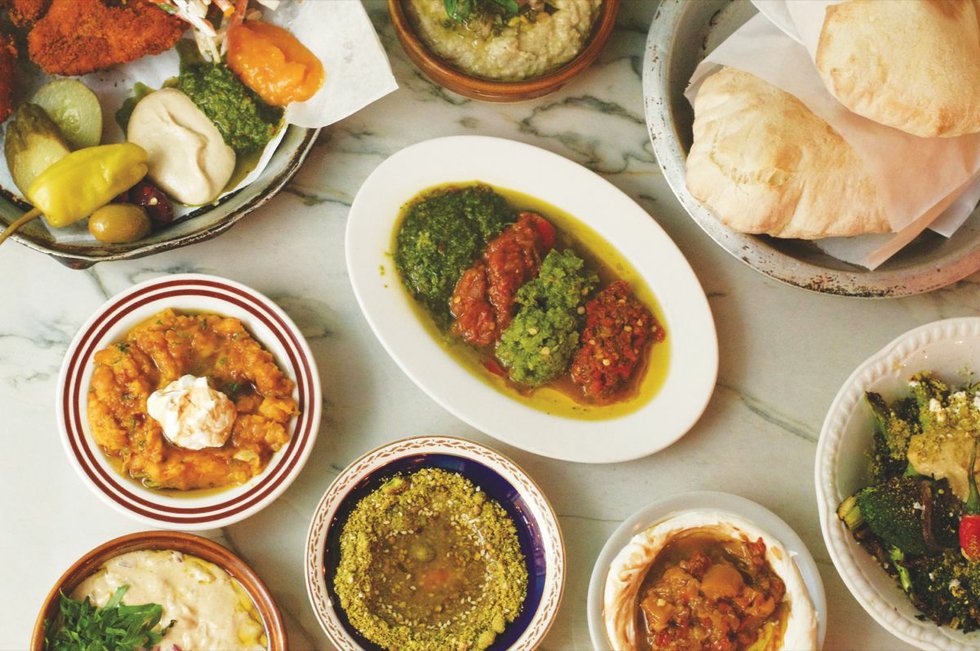 Anthony Rose and Rob Wilder pressed the reset button on Bar Begonia at the end of last year, searching for a concept that felt truer to their own personal histories. They found it in Fet Zun, a Middle Eastern meze bar that draws inspiration from outdoor markets. Every possible permutation of herbs, garlic, chilis, chickpeas, tahini, labneh and olive oil is here, all available for around $6.99 and ready for gleeful dunking with puffy, airy clouds of pita ($1.49) or spreading on crispy schnitzel ($23) and moist, gently charred chicken thighs and hearts ($17). 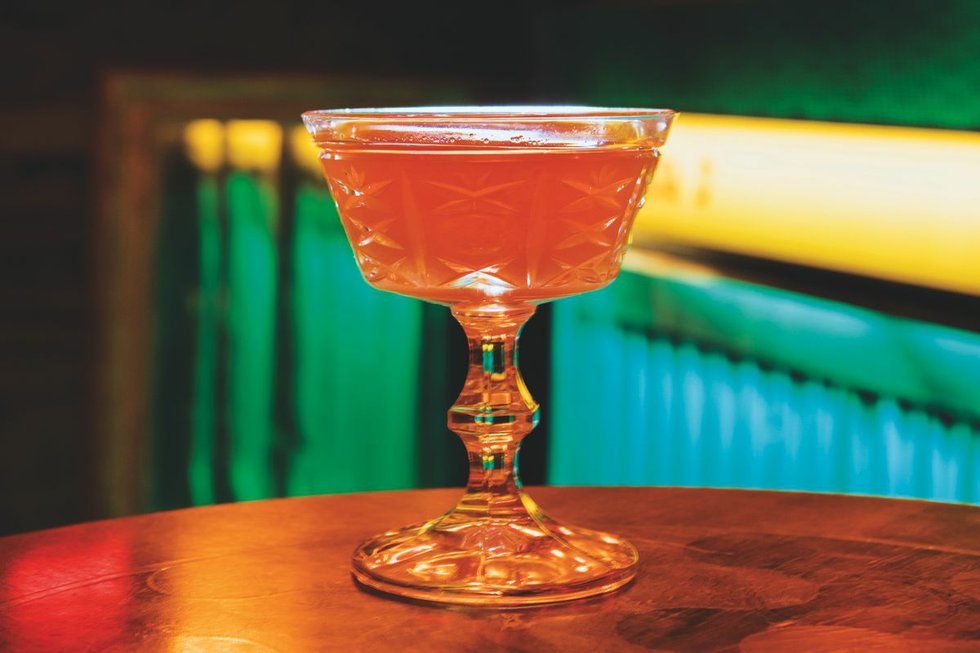 If you like your restaurants dimly lit and your evenings long and semi-blurry, chances are you’ve already encountered Leemo Han’s peerless ability to meld Asian flavours with American junk-food nostalgia. But after Oddseoul, Hanmoto and Pinky’s Ca Phe, where else can Han go from here? The answer is the former home of Holy Oak (RIP) on Bloor, where the bar flings together soju and whiskey with artful glee, and the kitchen turns out Korean mainstays with pan-American twists. The menu is surprisingly broad for a snack bar-style joint, but carnivores should under no circumstances sleep on the chopped cheese ($15 “biggie” / $8 “smalls”), which floats a chopped-up smash burger patty, roasted kimchi and burger fixings on perfect little smushy potato rolls. Equally delightful (and quadruped-free) is the deep-fried eggplant ($12), which comes molten on the inside and crisp on the outside, awash in a sweet-and-savoury sauce that will make you scrape every last grain of purple rice from your plate. You might think the Jamie shots are lying to you, but I assure you, the food really is that good. 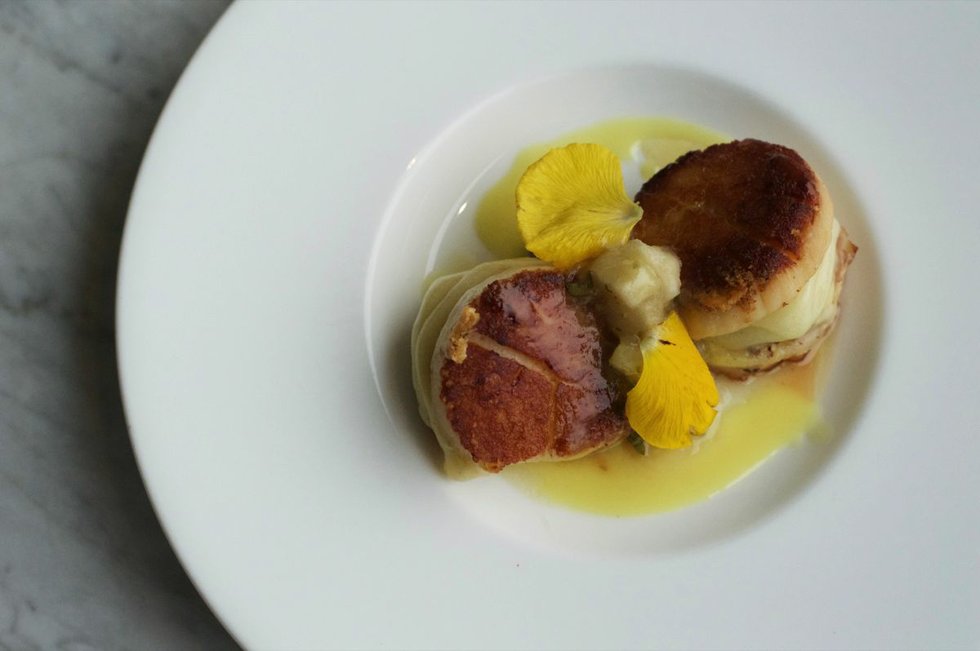 Places like Aviator – subtly swank dining rooms with curvaceous custom booths flanking marble tables – don’t really open in the east end. But Verity Crewe-Nelson and Alex Austriaco wanted to open up a place close to home and to their kids’ school – great news for me and all the other folks who live north of the wall (uh, I mean, east of the Don). The couple run catering outfit Cinq Foods, and they’re taking what they’ve learned serving a broad diner base and putting it to use at the restaurant, from weekend brunches and family-friendly menu items to vegan lunches and inventive bar snacks. But Austriaco, the chef, also knows his way around a quality ingredient, and when he gets creative — like with the seared jumbo scallops stuffed with ham and Gruyère ($16) that taste for all the world like the world’s fanciest breakfast sandwich – Aviator really takes off.

Read more: Inside Aviator, a sleek family restaurant on the East Danforth 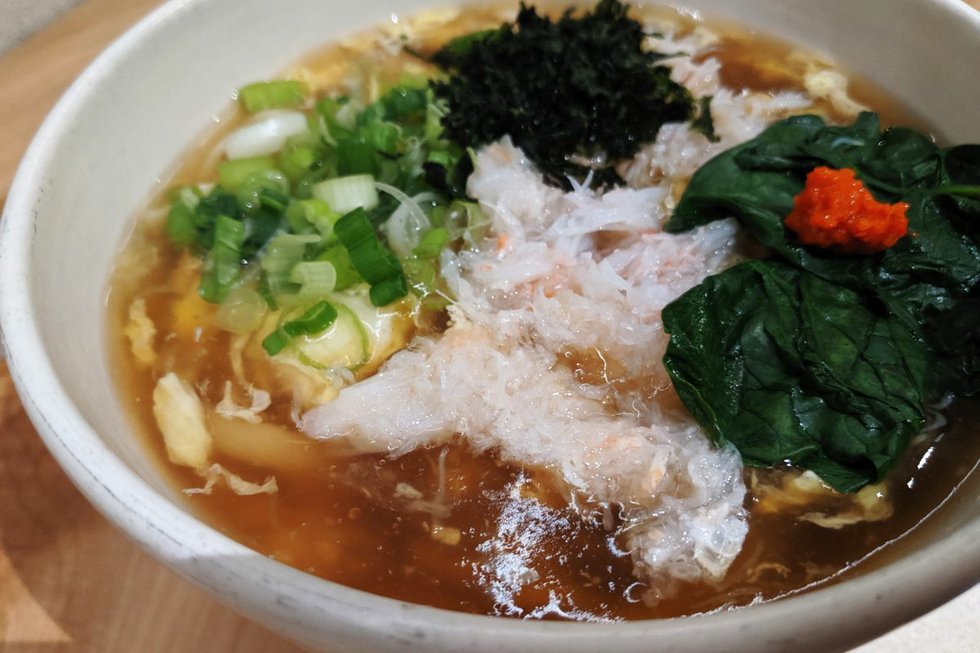 Confession time: I’ve never been the biggest fan of udon. (Maybe it’s just that I was raised on Italian-style pasta, but I’ve never really felt like the extra jaw workout was worth it.) But Raku, a white-walled new arrival from New York City that feels for all the world like stepping into noodle Narnia, might just have successfully converted me. Their udon, imported directly from Japan, has a softness to the exterior, retaining just enough bounce to stand up to a prolonged steeping in one of Raku’s dozen or so hot soups. The early breakout hit (with good reason) is the kani ankake ($22), a tall bowl of egg-drop broth with crab and nori shreds that gets richer and more flavourful with each swirl of your chopsticks. It’s a shame this place wasn’t open during the winter – but luckily there’s a whole menu of cold udon dishes ready for summertime slurping. 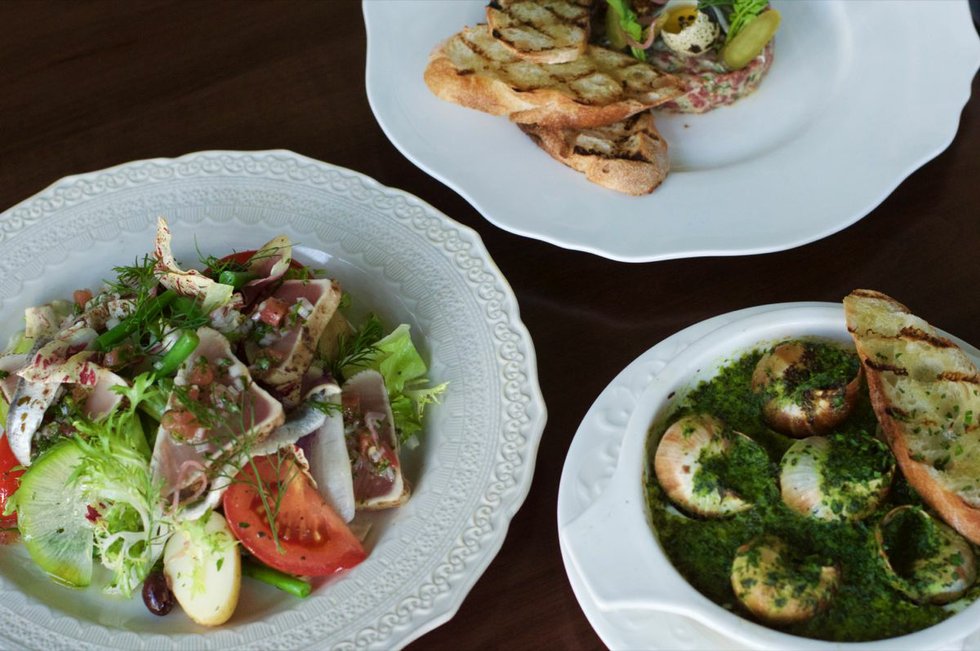 O&B’s new French bistro fascinates, both from a gastronomical and historical perspective. Located smack between St. James Town and a dense row of gleaming new condos, Maison Selby occupies a mansion that was once a luxury home, then a hotel, then a gay bar and sex club, before finally finding its resting place grafted onto the foot of another luxury residential building. Signpost of gentrification, or immaculately-preserved piece of nifty local history? Whatever camp you’re in, I’d wager you won’t be immune to the charms of Selby’s gorgeous interior, complete with jewel-hued velvet, florals and a plant-filled sunroom – or to John Horne’s tried-and-true recipes, like dense, almost stew-like French onion soup ($14), hand-cut tartare ($19) and a proper burger with a small mountain of shoestring frites ($21). Go big (a $78 tournedos Rossini) or small ($6 pints at happy hour) stop in for breakfast or a nightcap. 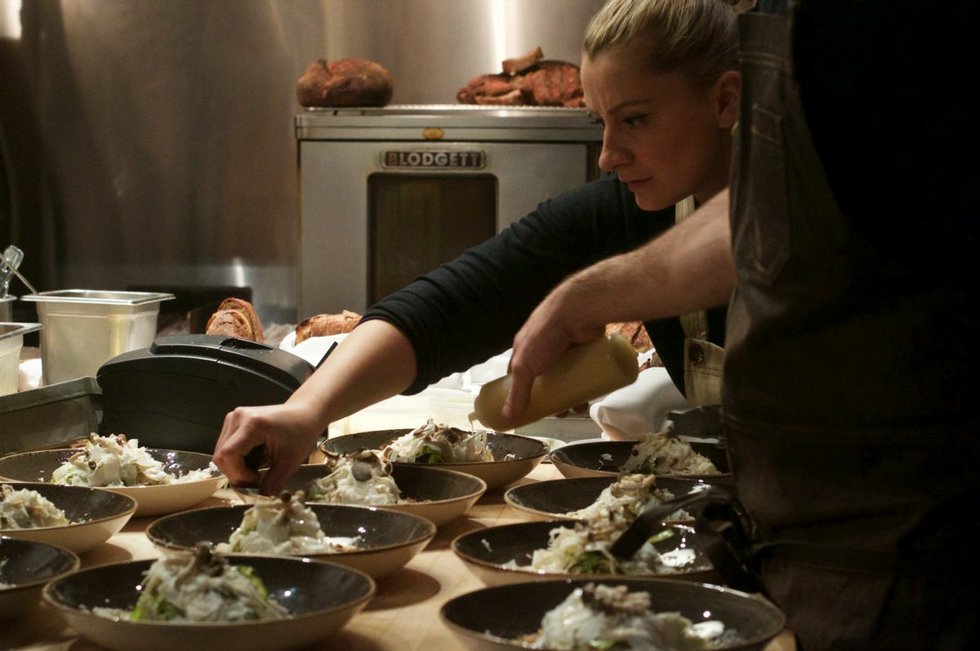 It’s rare to see a blockbuster restaurant group do something as personal and as soulful as Arthur’s. Chase Hospitality Group president Steven Salm created the restaurant as a monument to his dad’s life. The stately wooden walls are adorned in row after row of gold frames, with postcards, letters, tickets and ephemera from a massive collection Arthur bequeathed to Steven upon his passing. The food, too, takes its cues from a bygone time, with Mad Men-era classics like tartares, Cobb salads and oysters Rockefeller offered alongside Jewish deli-style selections like smoked fish spreads and matzoh ball soup, all served by wait staff in neat embroidered aprons. This being a 1) steak house, 2) in midtown, that’s 3) run by CHG, Arthur’s ain’t cheap, and some dishes present better value than others I’d be hard pressed to pay $38.95 for a single Dungeness crab cake, no matter how airy and buttery its kataifi crust. But Tyler Shedden’s kitchen has those classic dishes down pat, while still taking enough modern liberties to add lightness and zip, so you can count on whatever you order to be delicious, comforting and memorable. 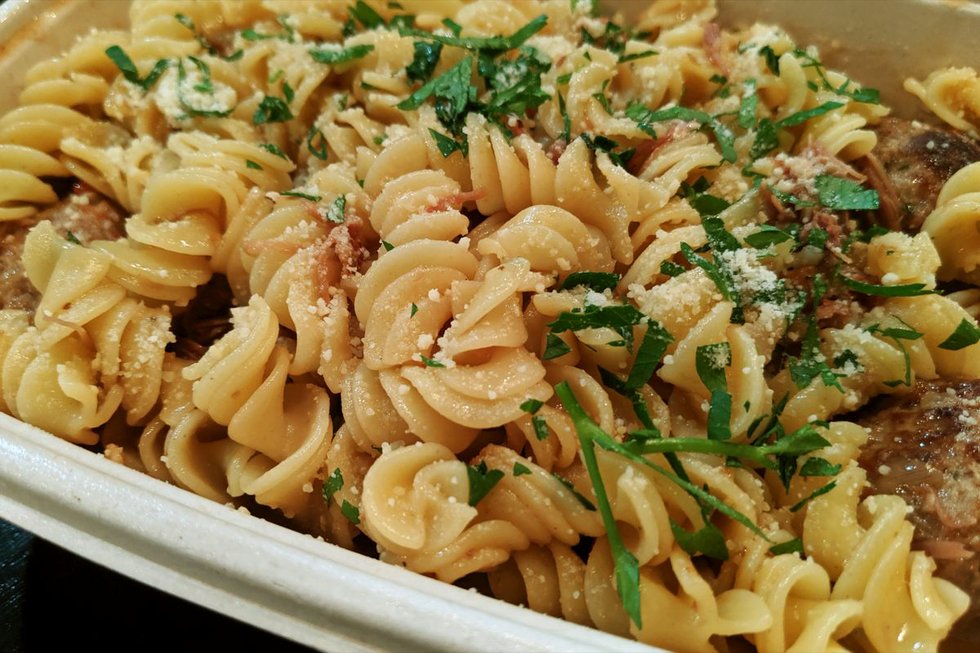 It’s a long, long way to Baldassarre – but for downtowners who can’t bail on their desks midday for clandestine pasta lunches on Geary, SÔS (pronounced, naturally, “sauce”) might be the next best thing. Located in the freshly scrubbed former home of Corrado’s (aka “We Got Balls”), the quick-service counter hawks nicely textured fresh pastas (starting at $10) simmered to order in your pick of sauce. “Short” and “long” options rotate, but you could also induce a carb coma with soft gnocchi with just a hint of blue cheese, ravioli stuffed with duck and mushrooms or beet and goat cheese, vegan lasagna and even charcoal spaghetti (which seems excessive given that squid ink pasta is already a thing, but I digress). There’s no ketchupy marinara or goopy Alfredo here. Sauces include a mildly sweet shredded duck ragu, rich brown butter sage (which will leave an inch of oil in your takeout container, but hey, all the better to dunk your garlic bread in) and a Beyond Meat bolognese that might even trick the most sharp-nosed of nonnas.