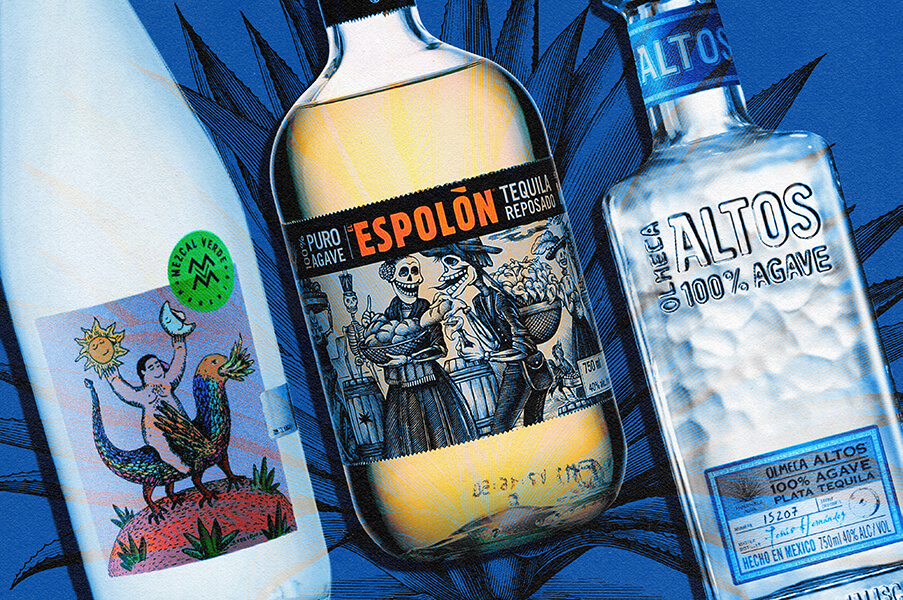 Mezcal is often regarded as tequila’s less popular cousin, but tequila is actually a type of mezcal. Both are made from agave, but tequila is made solely from blue agave – and make sure you’re only drinking 100 per cent, not the subpar, watered-down versions.

The smokiness of other mezcals comes from agave hearts being roasted in underground pits for days before fermentation. Cracking open a bottle is like smelling the rolling embers of a bonfire with a funky, intense taste to match.

You’re not supposed to use a reposado for margaritas. Reposados are aged longer than silver tequila and have a smoother, less acidic flavour. The spice, warm vanilla and tropical fruitiness of this six month-aged tequila is exactly what adds a certain depth to the popular cocktail. Also, cocktail rules are meant to be broken.

This peppery and citrusy silver tequila is made using the Tahona process. It’s a labour-intensive method invented 1,000 years ago by Indigenous Aztecs, using volcanic stone wheels to crush the agave.

Mezcal is usually pretty pricey, but this one is a good introductory mezcal on the lower end of the spectrum. Black tea, caramel, pepper and citrus all peak out through the oaky smoke as it goes down.

The best Toronto beer, bars and breweries – according to the experts