Be Our Guest, a co-op program for high school students, aims to overcome stigma and stem the hospitality industry’s forecasted labour shortfall 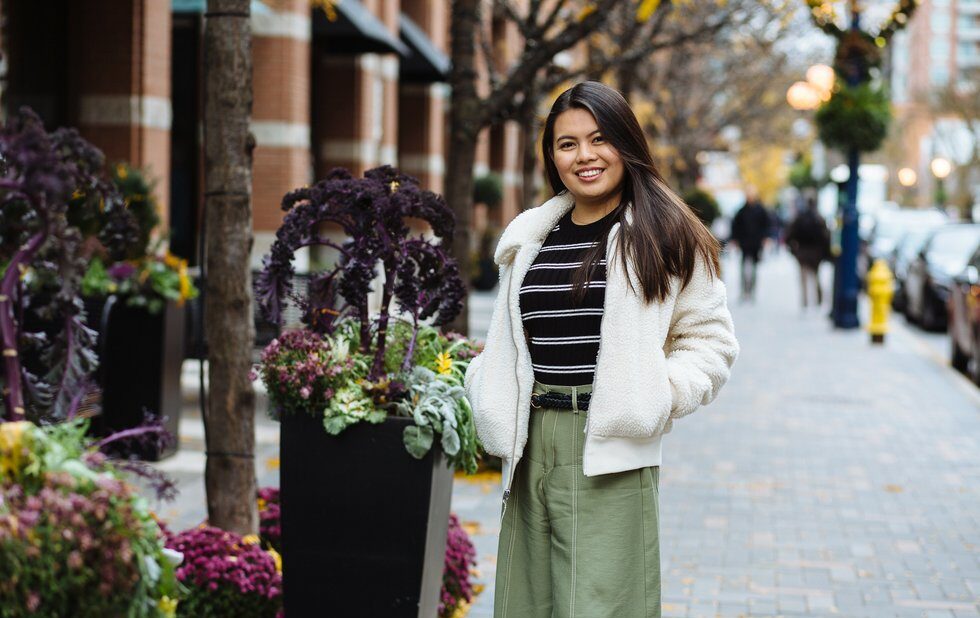 In high school, Christine Cutamora entered a co-op program that took her from shadowing housekeeping attendants in a downtown Toronto hotel to hunting down a pair of Christian Louboutin shoes for a guest.

Originally, she wanted to go into the events field in post-secondary, but pivoted to hospitality and now works as a reservations agent at the Hazelton Hotel, making $21 an hour while attending George Brown College’s tourism and hospitality management program.

“If it weren’t for the Be Our Guest program, I wouldn’t have the chance to work in a luxury hotel since I’m an immigrant,” says Cutamora, who moved to Toronto from the Philippines. “It’s really hard to keep up with, or compete with other people who are fluent in English, born and raised here in Canada.”

She is the perfect example of a Be Our Guest graduate, a program run by a coalition of industry stakeholders, including the Toronto District School Board (TDSB) and the Hazelton, which aims to attract students to the hospitality industry, which is among the sectors that will face a labour shortage when boomers retire. According to the Hotel Association of Canada, the sector could experience a potential labour shortfall of 10,000 positions by 2035.

The program began in 2017 when the general manager of the Hazelton Hotel, Hani Roustom, reached out to the high school closest to the hotel, Jarvis Collegiate Institute, and the school’s co-op teacher, Tina Chreppas.

Together, Chreppas and Roustom partnered on a pilot project that brought two co-op students into the Yorkville luxury hotel to spark interest in working in the hospitality industry.

“In order to address the labour challenges, it’s smart to speak to the up-and-coming generations,” Roustom explains in an interview alongside Chreppas in the Hazelton’s posh ONE Restaurant.

“No one says to me when they come to co-op, ‘Miss, I want to be in hospitality.’ So how do we get them to pick hospitality? And that’s where this idea was born,” recalls Chreppas. “We brought all the kids from Jarvis here [one] day, and they met the woman who does the room bookings for Justin Bieber, and they saw that there’s a very wide scope of what you can do.”

One of the biggest problems in getting students to consider a career in hospitality is the perception of the industry. Students tend to equate the entirety of the industry with its most visible positions: servers, receptionists and housekeepers, because they don’t interact with the back end.

Chreppas adds that there’s a stigma to hospitality, with both immigrant and non-immigrant parents not wanting their children to “serve for the rest of their life.”

“We keep telling the students, it can be anything you want,” says Roustom. “You can be the restaurant manager, chief engineer, director of finance, marketer [or the] revenue director.”

Be Our Guest has since grown into an official program, with four upmarket hotels (Four Seasons Hotel Toronto, the InterContinental on Front Street, Fairmont Royal York and The Hazelton) participating and more slated to join in the coming semester. Roustom – who says that the hotels involved happen to be luxury and upmarket because of colleagues he knows – says Be Our Guest is meant to include hotels of all categories. The program, run by a TDSB central experiential learning coordinator Leeanne Bouteiller, has partnered with the Ontario Restaurant Hotel & Motel Association and George Brown College.

To get in, students must apply, the hotels assess the applicants and, once accepted, they must follow a set list of tasks, which includes shadowing employees, participating in job rotations, trying more than one department and completing a project at the conclusion. Students also receive credits.

The program wraps up with a 15-minute sit-down with the general manager or executive committee of the hotel, and a completion certificate that’s handed out at a graduation ceremony. Twenty-six graduates from various Toronto high schools have completed the program so far, and several are now working in the kitchen, housekeeping and reservations departments.

Cutamora once thought the industry was simply about checking in and out guests and providing amenities and clean rooms, but the program showed her how difficult it is to master the art of guest service.

“It’s more than those things,” she says, recalling the time she was in concierge and was given a vague description of a dress to buy for a guest attending an event. “It’s up to you to find the dress that will fit the description. It was fun, but a challenge because I realized the importance of good connections with clothing businesses and salons.”

Out of all her experiences, Cutamora is most impressed by the exit interview with the Roustom, where they discussed her experiences and how she saw herself after completing the program.

“It’s such a rare occurrence that you would have the chance to talk with the general manager about what’s going on with your career, and how would you like to proceed, and the one thing that stands out,” she says.