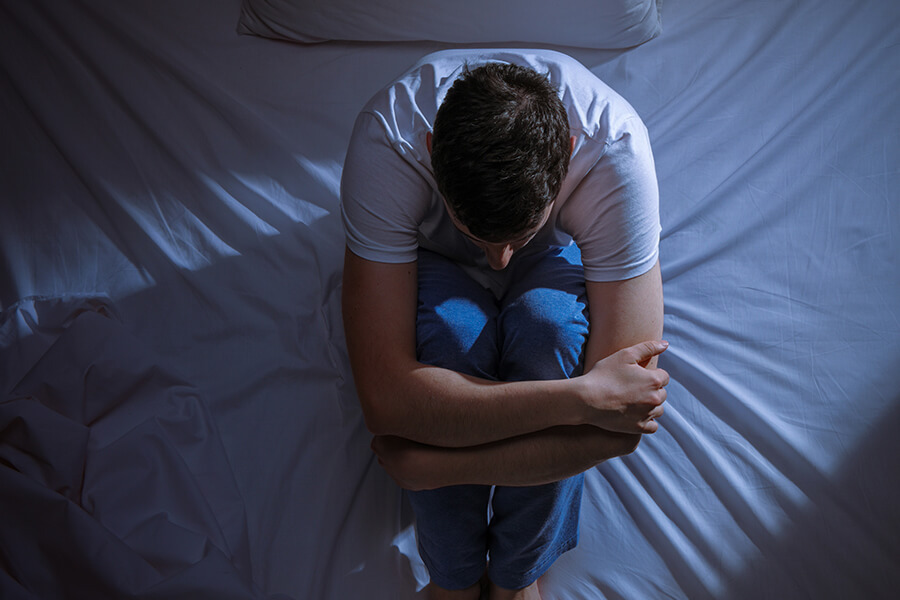 It’s sometimes called the “Quarintine 19.” Higher stress levels, more time snacking at home and less exercise is causing the expansion of waistlines during the pandemic.

A WebMD poll of 1,000 readers found that nearly half of women respondents and one-quarter of men admitted gaining weight since the outbreak of COVID-19. A different survey of 1,500 Canadians by Leger reported that 32 per cent had gained weight since the pandemic started.

What many don’t realize is that weight gain is increasing the likelihood of sleep apnea, a serious disorder in which people repeatedly stop and start breathing after dozing off. Dr. Fernanda Almeida, an associate professor in UBC’s faculty of dentistry says that if sleep apnea goes untreated, it can lead to range of serious health issues, including cardiovascular disease, high blood pressure, depression and dementia. Another consequences of severe sleep apnea is a higher risk of having accidents during the day, due to being less alert.

According to Almeida, there’s a strong link between obesity and sleep apnea. It results from the temporary relaxation of soft tissues in the throat, closing a person’s airway while they snore.

“What we normally say is if you can lose, for example, 20 per cent of your weight, you can decrease your apnea by half,” Almeida said. “That’s what we tell patients who have 20 per cent to lose.”

At the same time, she emphasized it’s possible to have sleep apnea even if you’re not obese.

The majority of patients are not aware they keep waking up during their sleep, Almeida added. That’s because these “mini-awakenings,” also called “arousals,” only last between three to 10 seconds.

“We can only see them by looking at an electroencephalogram,” she said.

Almeida pointed out that fragmented sleep can also affect memory in ways that have only recently become known. The glymphatic system cleans the brain, mostly when a person is sleeping. But she says that repeatedly waking up in the middle of the night, even for tiny intervals, interferes with this process. And if the brain’s synapses aren’t properly cleaned, this debris can accumulate over time.

“That would make patients with sleep apnea more prone to having dementia and Alzheimer’s disease because of that mechanism,” Almeida declared.

The same issue can be a contributing factor in depression.

But sleep apnea isn’t the only potential consequence of staying home 24/7 and not exercising. Those who don’t go outside – which is easy to justify nowadays – also risk disrupting their circadian rhythms. This is the natural internal process that regulates our sleeping and waking cycle.

Vancouver-based sleep researcher and neuroscientist Myriam Juda said that when these rhythms are disrupted, it can lead to severe health outcomes, such as higher incidence of depression and diabetes, as well as cardiovascular disease.

An adjunct professor of psychology at Simon Fraser University and research manager at UBC’s BRAIN Lab, Juda said human beings tend to believe the sleep-wake schedule is very much under their control. In fact, it’s physiologically regulated and is a product of human evolution.

She added that photo-receptors in the eyes have the sole function providing information on light and darkness to the hypothalamus in the brain. That then regulates sleep patterns.

“As humans, we are day-active and we sleep at night,” she said. “This is not because we have decided to do so at some point.”

But if we’re not exposed to natural light, this affects the amplitude of circadian rhythms.

According to Juda, a high amplitude means a person has high sleepiness at night and high wakefulness during the day.

A lower amplitude is associated with the opposite – low sleepiness at night and low wakefulness during the day. These rhythms flatten when people are not exposed to natural light. That can result in less restful sleep at night and more fatigue during the day.

“It’s not a very nice way of living,” Juda said. “It increases your risk of accidents, including car accidents, and it affects your productivity and your mental health.”

Fortunately, there are relatively easy ways to address disrupted circadian rhythms and sleep apnea. And by taking action, it’s possible to reduce the likelihood of devastating health outcomes.

Juda said that being exposed to two hours of natural daylight each day will improve circadian rhythms, facilitating a deeper sleep at night and more wakefulness in the day. And if a person doesn’t have two hours to spend outside, it’s possible to maximize the benefits of natural light by stepping out earlier in the day.

“Fifteen minutes in the morning is equivalent to a few hours of light exposure in the afternoon,” she said.

As for sleep apnea, Almeida cited several treatments, including “oral appliances.” These are retainer-like devices that either pull the mandible or the tongue forward.

“There are more than 100 already FDA-approved that are out there,” she said. “Now there are good companies that do them very precisely, with warranties.”

Another option is continuous-positive-airway-pressure machines, aka CPAPs, which apply atmospheric pressure through a mask to the upper airway. Almeida said CPAPs work exceptionally well, but many people dislike donning a mask before going to sleep.

“With the oral appliances, they do decrease the apneas as well, but less effectively than the CPAP,” she stated. “But they’re so much easier to use. Patients tend to use them every night, all night long.”

Charlie Smith discusses this story in the latest episode of the NOW What podcast, available on Apple Podcasts or Spotify or playable directly below:

Tips for achieving a healthier sleep routine during the coronavirus pandemic