A short film project challenges artists to find "inspiration and enlightenment" in the experience of sheltering in place. And it's working 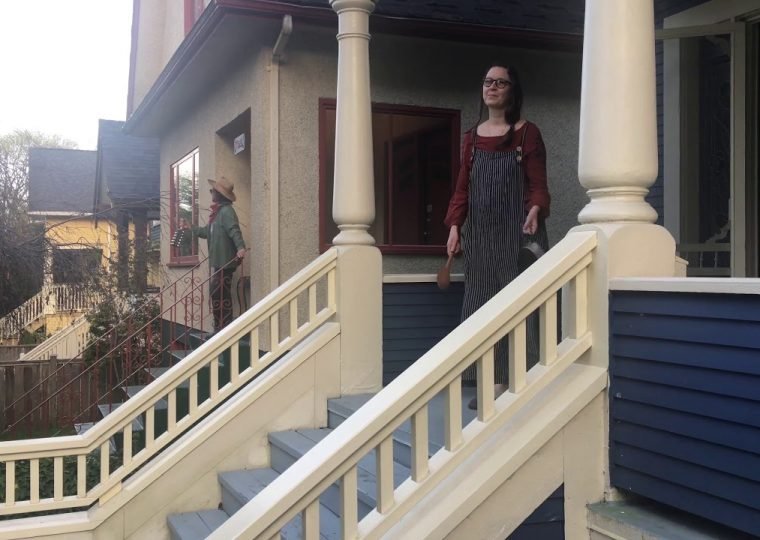 You know how people are always saying that the worst situations will produce some really interesting art? Here’s a chance to see that happening in real time.

This week, Greetings From Isolation has started rolling out short works produced by Canadian filmmakers during the quarantimes. It’s like a little online film festival that never ends – or at least, it isn’t likely to end until the plague does.

Created by Toronto film programmer and curator Stacey Donen, formerly of TIFF and The Royal, the project will showcase shorts “filmed while living in isolation” from filmmakers across the country.

Some 45 filmmakers – among them Anita Doron (The Breadwinner), Igor Drljaca (The Stone Speakers), Sadaf Foroughi (Ava), Nadia Litz (The People Garden) and André Turpin (Endorphine) – are currently participating, working in whatever genre they choose and using whatever technology they have with them in isolation to produce their film. The only restriction is the budget… in that there isn’t one.

You can watch 10 of the shorts right now, including work from Ann Marie Fleming, Richard Fung, John Greyson and Larry Kent – which would constitute a pretty impressive lineup of talent for any film festival, honestly.

There’s a fascinating range of approaches and tones, and it’s endlessly interesting to see how the individual artists respond to Donen’s challenge and its limitations. More often than not, they employ themselves as their own actors – because of course they’d have to – but that just makes the shorts feel even more personal and engaging. How many of these filmmakers have ever put themselves at the centre of their own work?

Kent’s Short Film No. 6 finds the veteran director performing opposite acting student Louis Carriere in a sketch about a director trying to replace a broken keyboard recorded over Zoom, it’s uncomplicated and maybe a little static, but it tells a good story. Fleming’s  Vancouver April 2020 18:59:30 PT, shot on her own porch, uses a couple of simple camera angles to tell a much larger story about communal gratitude.

Other filmmakers indulge their more stylistic impulses. Greyson’s Prurient is a collage work, superimposing news stories and video interviews about endangered sex workers over a 360-degree shot of Greyson walking around Trinity Bellwoods Park with a camera mounted on a selfie stick, while children’s filmmaker Celeste Koon employs chaotic yet whimsical animation for An Isolated Day Full Of Strange Isolated Events.

And Nova Scotia director Winston DeGiobbi went in a different direction entirely, crafting Like A Horse In Quarantine out of existing footage shot during the production of his upcoming feature Two Cuckolds Go Swimming last winter, remixing an unused scene and some iPhone production footage into a simmering body-horror nightmare.

DeGiobbi’s contribution would justify the existence of Donen’s project all on its own, but there are another 35 shorts still to come, with the possibility of more as the pandemic stretches out into the unknown future. (The list of participants is being constantly updated.)

I’m particularly curious to see what Turpin will deliver he’s spent most of his career as a cinematographer, and will likely have cameras of every gauge and format on hand to shoot his short.

Is anyone developing 16mm film right now? I guess we’ll find out.