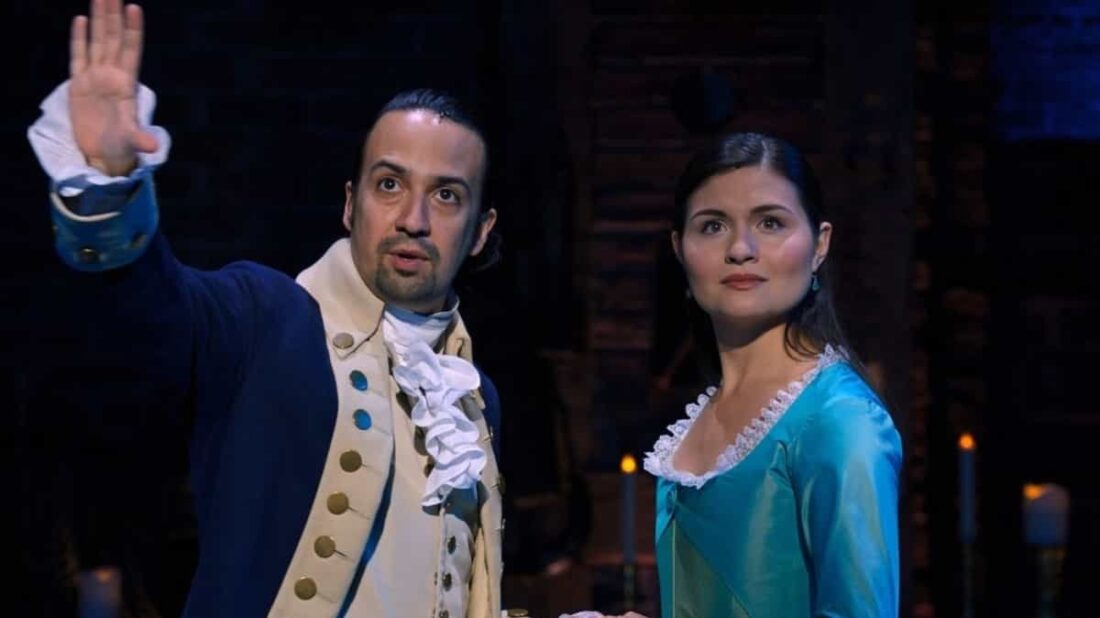 First, a confession: I could have been in the room where it happened.

Through the efforts of a very dear and very persistent friend, I was repeatedly offered the chance to see Lin-Manuel Miranda’s Hamilton in its original production at the Public Theater in 2015 – before it went to Broadway, before it won 11 Tony awards, before it became a global sensation and, ultimately, before it was acclaimed as one of the key artistic accomplishments of this new century.

I never took her up on it, because I was only ever in New York for a couple of days at a time, my scheduling was tight and a three-hour stage musical about early American politics seemed… well, kind of silly, honestly. And I’d already seen 1776, which, eh. Wouldn’t it be better to just grab a drink at the bar and catch up?

The point of this story is that I am an idiot, and the screen adaptation of Hamilton – which arrives on Disney+ today – is here to remind me of that fact, and taunt me forevermore.

Because while this presentation of Miranda’s masterwork deserves all the accolades thrown at the theatrical production – Hamilton is indeed as electric, thrilling and emotionally alive as you’ve heard, filled with songs both gloriously clever and infernally catchy performed by a cast who represent the pinnacle of modern musical theatre and whose diverse racial makeup forces the viewer to reckon with the way American history excludes or erases people of colour at every turn – it still reminds you, over and over again, that this is an event designed to be experienced live.

The smartest thing about the Hamilton movie (directed by Miranda’s longtime collaborator Thomas Kail, who helmed the stage version) is that it never tries to be a movie. It is simply Hamilton, as it was: a record of the stage production, letting us see exactly what it was that made the show a sensation.

Daveed Diggs, Anthony Ramos, Okieriete Onaodowan and Jasmine Cephas Jones each play dual roles, and they’re all supported by a dozen athletic, acrobatic utility players who take on multiple parts over the course of the show, almost never leaving the stage. The show is in constant motion, showing us the birth pangs of the American experiment and the inner conflicts of the people who built it in an immediate, instantly understandable manner a conventional adaptation wouldn’t have anything like the same impact.

A “movie” of Hamilton – with more elaborate costumes and sets, exterior location shoots, visual effects and the like – would diminish our understanding of the effort, and take away the thrill of watching these incredibly gifted people working flawlessly together to tell its story. The Hamilton movie is as much a celebration of the cast’s stamina and virtuosity as it is of Miranda’s vision: Miranda and Kail even seem to understand this, making sure the rest of the cast is given the same showcase as the ostensible star.

Its title notwithstanding, the show is as much about Burr and Eliza as it is about Hamilton, and cinematographer Declan Quinn is careful to catch little moments from Odom and Soo that deepen our understanding of their characters from scene to scene.

Really, though, every single performance is a marvel. Diggs’s comic double act as the Marquis of Lafayette (who returns to France at the end of Act One) and Thomas Jefferson (who arrives from there in Act Two) stands out the most, the roles letting him mine every ounce of his charisma and magnetic stage presence. But Goldsberry’s musical range and dizzying emotional shifts are just as vivid, her Angelica forever removed from the man she desires and the sister to whom she gave him, and tortured by the understanding that she’s done this to herself. Goldsberry manages to work tragic notes into Angelica’s ebullient singing voice it’s shocking and then dazzling, like a superpower manifesting itself on stage.

Am I raving? Very well, I am raving. That’s the effect Hamilton had on me, projected on a screen. I don’t know what I would have felt had I seen it at the Public a little more than five years ago. Side note: how has it only been five years since Hamilton premiered? It’s so thoroughly permeated popular culture that it feels much older – and I mean that as a compliment. This must be what listening to the Beatles was like in 1963.

Anyway. I threw away my shot, and I will never stop kicking myself. But at least now I have some idea of what I missed. And you can too.