The third season of Netflix's crime drama starring Jason Bateman and Laura Linney mostly feels like more of the same, but a couple of characters create fresh tension 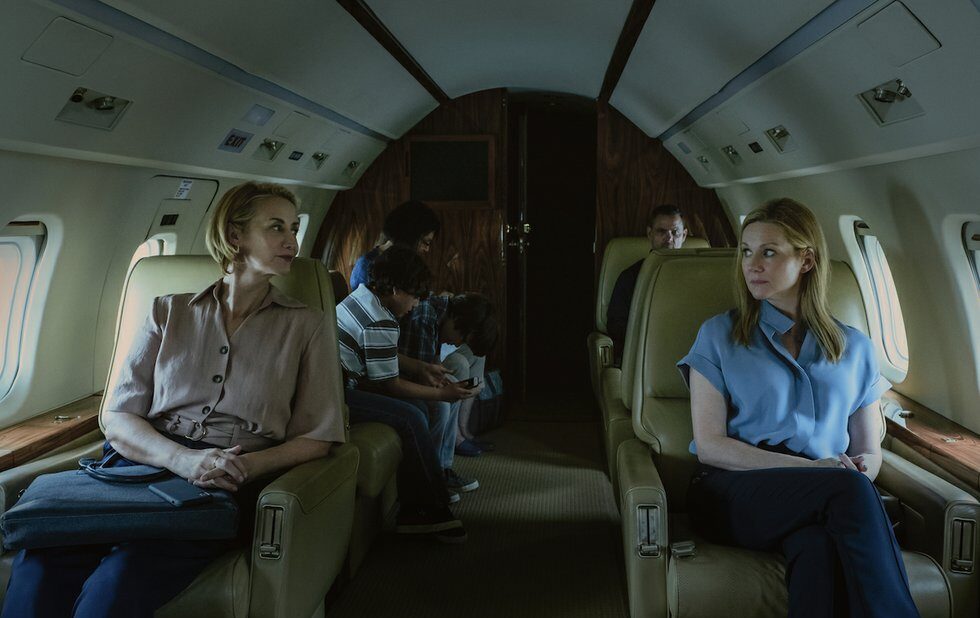 Netflix’s criminal drama repeats familiar dramatic tensions in season three, but a couple of intriguing plot points manage to keep things interesting. Two questions dominate the show’s third season: Will the Byrde family continue to launder money for the Navarro cartel or will they escape? And, who’s in charge, Marty or Wendy?

Marty (Jason Bateman) and Wendy Byrde (Laura Linney) and their children Charlotte (Sofia Hublitz) and Jonah (Skylar Gaertner) are an average, upstanding, white, wealthy suburban family turned money launderers who have fled to the Ozarks where they can clean ever-larger amounts of money for the Navarro cartel. Living in a summer vacation community, they’ve established themselves within a network of local criminal families.

At the end of season two, Wendy took control of the family’s situation, deciding it was safer to remain in the Ozarks than run. Meanwhile, The Byrdes have successfully opened their planned casino.

And while Marty is losing control, the chasm between him and his associate turned cheating housewife-turned money-laundering cartel pawn grows wider. They still share a home, but that’s all. As the season opens, he seems to only be around for the kids, but maybe his indifference is a ruse to keep his plan to leave a secret. In the first six episodes sent to critics, it’s unclear whether Marty is more delusional or more certain than ever about cartel life in the Ozarks. Bateman’s consistent performance as a steady, non-reactionary figure is increasingly difficult to watch. Does anything move him?

The couple’s daughter Charlotte has lost the resolve that led her to divorce her parents in season two. She’s entrenched in the family business with a summer job at the office and does whatever her mother says in a druggy haze. Even son Jonah seems to have lost all zest for life. Both characters receive less screen time this season – family life is incidental in the work of laundering money.

While the Byrdes are still trying to preserve themselves, Wendy sinks further into dreams of expansion. Meanwhile, the cartel’s lawyer, Helen (Janet McTeer), has relocated to the Ozarks with her bratty teenage daughter. She and Wendy have developed a closeness through the business expansions.

Julia Garner, who won a supporting actress Emmy last year, is the saving grace of this season as Marty’s right hand and most senior employee, Ruth Langmore. Through brashness and bravery, her loyalty to Marty affords her increasing responsibility. Soon she’s running the casino and closer to the apex of danger. Through the loss of her father, uncles and cousins, we get to see Ruth’s vulnerable side. She softens in the face of a potential love interest, and toward Marty, who fills a fatherly void. It’s predictable character arc yet it doesn’t disappoint because it’s the season’s most finely drawn development.

Each decision Wendy makes to undermine Marty brings him closer to danger. After years of surveillance, the FBI is closer to catching him. Other new plot developments seem to come out of nowhere, without any rhyme or reason.

It all starts to get a bit ridiculous. When does the laundering of money stop? When does everything become stable? I know that stability is the opposite of cartel life, but the tension has to become less repetitive in order to sustain the drama.

On the other hand, if the creators intended to make season three about women in charge, they succeeded. In the historically male-dominated worlds of gambling, politics and drugs, the women of Ozark – Wendy, Helen, Ruth – have successfully forged paths and asserted power. But strong female characters don’t compensate for the show’s lack of a compelling through line.

While Wendy treats cartel business as the family’s modus operandi, it’s unclear what Marty wants: he may be considering sacrificing being with his family to get out. Ultimately, Marty’s arc makes season three watchable. I want to root for this family, but they no longer seem to be rooting for themselves.