What to watch on Netflix Canada in December 2021 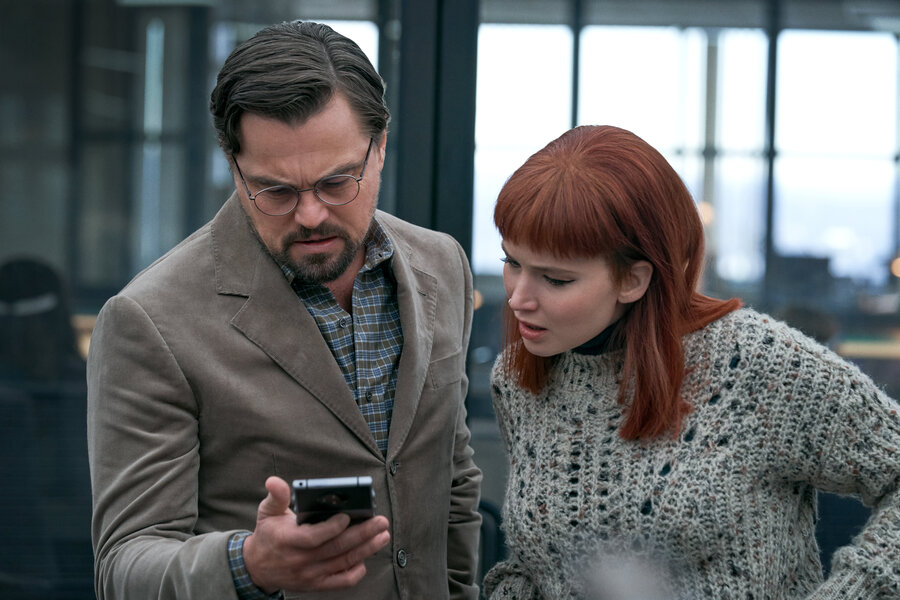 Here’s everything that’s coming to and leaving Netflix Canada in December 2021, including The Power Of The Dog and The Lost Daughter and the final season of Lost In Space.

In the last few years, Adam McKay has transitioned from broad Will Ferrell comedies like Anchorman and Step Brothers to more pointed projects like The Big Short and the Dick Cheney biopic Vice. His latest project seems to marry the two streams, casting Jennifer Lawrence and Leonardo DiCaprio as academics who discover a comet on a collision course with earth – only to have their doomsday warnings dismissed as fake news by the government, the media and the general public. Don’t worry, it’s just a satire. Isn’t it? December 24

The Hand Of God

Italian filmmaker Paolo Sorrentino’s latest is based on his childhood growing up in Naples in the 80s. It’s Italy’s contender at the Oscars this year, and picked up the Grand Jury Prize and an acting award (for newcomer Filippo Scotti) at the Venice Film Festival – so it’ll be a must-see for anyone who wants to be up on this year’s awards contenders. Beyond that, expect the reliably extravagant Sorrentino to lean hard into 80s nostalgia and iconography. The movie’s title is a reference to Diego Maradona’s 1986 FIFA World Cup goal against England – and the Argentine football star threatened to sue the production for unauthorized use of his image. December 15

While we wait for the next David Fincher movie, the Mank and Mindhunter director is back on Netflix as executive producer of this visual essay series celebrating cinema. It’s slightly ironic that Voir pays homage the most influential big-screen experiences in history on a streaming platform, but nostalgia is hot right now and this is something that should satisfy cinephiles who think The Movies That Made Us is too low-brow. The six episodes will feature personal stories from animator Taylor Ramos, blogger Sasha Stone, writer/editor Tony Zhou and film critics Walter Chaw and Drew McWeeny. December 6

Jane Campion’s first feature in over a decade – which stars Benedict Cumberbatch and Jesse Plemons as sibling cattlemen in 1920s Montana whose toxic relationship is made even worse when Plemons’ younger brother brings home a widow (Kirsten Dunst) and her delicate son (Kodi Smit-McPhee) made quite the splash on the festival circuit this fall, winning the Silver Lion at Venice and coming in as second runner-up for the TIFF People’s Choice award. We had some objections, but now you can make up your own mind. December 1

It’s been two full years since the Space Family Robinson’s last round of adventures – time enough for the perpetually endangered youngest son Will to grow about a foot – but Netflix is counting on fans to return for more non-stop calamity and digital robot effects, as Toby Stephens, Molly Parker, Taylor Russell, Mina Sundwall, Maxwell Jenkins, Ignacio Serricchio and Parker Posey suit up one last time. December 1

Saturday Night Live’s Kyle Mooney has a strange fascination with children’s television, and now he gets to make his own – sort of – with this eight-episode spoof of 80s and 90s kids’ programming about wacky dinosaurs, interstellar animal warriors, and endlessly creative teddy bears, all legally distinguishable from existing properties. (Emma Stone and Paul Rudd are among the voice cast.) And it’s all presented in glorious VHS resolution. December 10

Shot in isolation last summer, writer/director Maggie Gyllenhaal’s first feature assembles Olivia Colman, Jessie Buckley, Dakota Johnson, Ed Harris and Peter Sarsgaard for an adaptation of Elena Ferrante’s 2006 novel about a woman confronting her past on a European holiday. Well-received at Venice and Telluride, it’s one of a handful of Netflix titles getting a theatrical run ahead of its streaming debut. December 31

Single All The Way

Ugly Betty’s Michael Urie plays Peter, who convinces his best friend Nick (Philemon Chambers) to go home with him for the holidays so his family won’t bug him about being single. Confusion will likely ensue, as well as big laughs, especially when you’ve got scene-stealers like Jennifer Coolidge and Kathy Najimy in the cast. Last year’s The Christmas Setup and Happiest Season showed there was a big market for queer-themed holiday romantic comedies. So this should be popular. December 2

What is next move for a former pro football player who starred as The Bachelor and then came out as gay? If you’re Colton Underwood, you star in a TV reality series about all of that. We follow Underwood as he deals with family, friends, the football world and even the church after his big news. Whether there will be a rose ceremony is anyone’s guess. December 3

It’s a shame that Byer is best known for her (albeit hilarious) hosting duties on the baking competition show Nailed It! She’s got so much in her comedy arsenal, including improv and stand-up. Now she’s releasing her first hour-long stand-up special, where she discusses everything from dating during the pandemic to the Karen phenomenon. December 7

If anyone can make sense of the craziness of the last year, it’s Gaffigan, whose sharp, observational humour is liked by just about everyone. In this new special, he takes on the pandemic, billionaires jetting into space and more. Should be a nice bracing alternative to the usual sickly sweet holiday fare. December 21

The full list of new titles available on Netflix Canada in December 2021 by date:

Bonus Family (season 4)
The Family That Sings Together: The Camargos
The Flash (season 8, new episode)

The Hungry And The Hairy

What Happened In Olslo (season 1)

Jumanji: The Next Level
Single All The Way
The Whole Truth

David And The Elves

The Hand Of God
Sleepless In Seattle
Taxi Driver

A California Christmas: City Lights
A Naija Christmas
Puff: Wonders Of The Reef

Hilda And The Mountain King