Toronto finally plays itself in Enemy, The Stairs, The F Word and other standout movies set in the 6ix 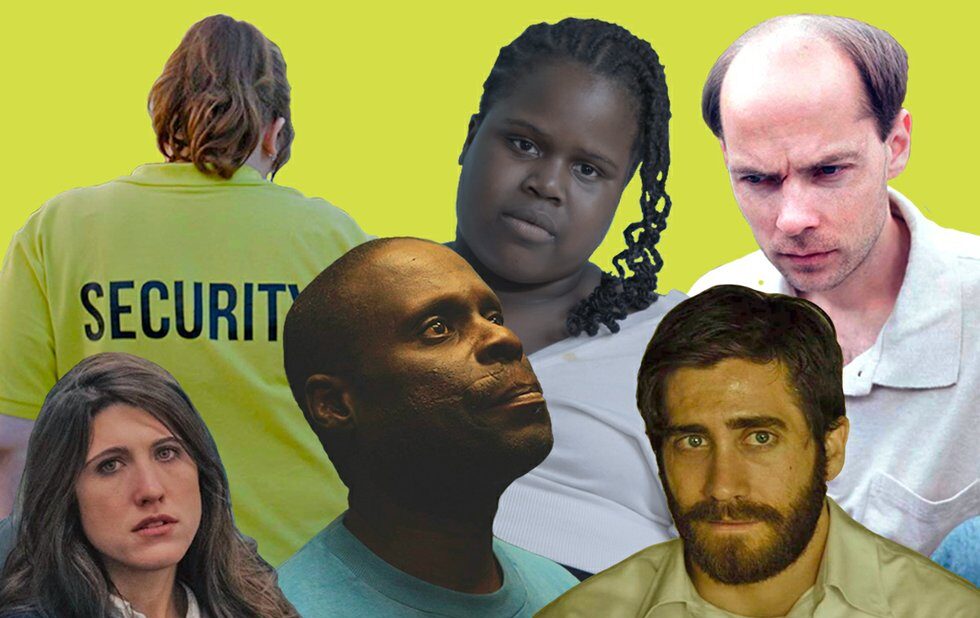 After spending decades subbing for New York City, Chicago or Anywhere, U.S., Toronto finally found its own identity in the 2010s – thanks to a surge in production and a wave of directors who were more than happy to let Toronto play itself. What’s most fascinating, looking backward, is how the idea of Toronto changes from picture to picture, depending on who’s behind the camera.

The city can be alive with possibility, as it is in The F Word or Take This Waltz, or it can be a challenge that resets itself every day, as in Tower and the documentaries The Stairs and Unarmed Verses. Maybe it’s where you figure out who you are, like the leads do in Mouthpiece, Molly Maxwell and Wexford Plaza. Or maybe it’s a social experiment so complicated we can’t even begin to understand our part in it, as in You Are Here and Enemy. Especially Enemy.

It is perhaps not a coincidence that the best movies about Toronto are made by people who didn’t grow up here. Montréal director Villeneuve’s impression of the city – realized by cinematographer Nicolas Bolduc as a jaundiced steel-and-glass landscape so dehumanized that it could be mistaken for some sort of incomprehensible, alien terrarium – serves as an ideal setting for José Saramago’s story about a professor (Jake Gyllenhaal) trying to figure out why an actor in a forgettable movie looks exactly like him. The answer leads to a series of disturbing revelations, ultimately pulling our hero’s mother (Isabella Rossellini) and his pregnant wife (Sarah Gadon) into the ever-expanding nightmare.

Gibson’s sensitive and powerful observational doc, an outgrowth from community-made educational videos, spans years as it follows recovering addicts who educate others on harm-reduction while the Regent Park “revitalization” plays out as a tragically fitting metaphor. Subjects Marty, Greg and Roxanne try to build their world back up as the environment around them crumbles. RADHEYAN SIMONPILLAI

Few movies have made Toronto seem as full of potential as Dowse and screenwriter Elan Mastai’s adaptation of T.J. Dawe and Michael Rinaldi’s play Toothpaste And Cigars, reworked into a Canadian update of When Harry Met Sally….

Daniel Radcliffe, Zoe Kazan (and a lively circle of supporting players including Mackenzie Davis, Adam Driver, Rafe Spall, Megan Park and an uncredited Sarah Gadon) eat, talk and argue their way through a series of gorgeously photographed east-end locations (and, at one key point, the Royal Cinema) while trading snappy dialogue and longing looks, all set to an infectious A.C. Newman score.

It’s the city we all want to live in – filled with romantic energy, well-meaning people and the occasional tray of sex nachos. NW

Rarely has a play been translated so successfully into a film as director and co-writer Rozema’s version of Amy Nostbakken and Norah Sadava’s experimental two-hander about a millennial woman grieving her mom’s sudden death and trying to compose a eulogy. Rozema and cinematographer Catherine Lutes capture the complex Cassandra’s world with whimsy and imagination, using familiar Toronto activities – boozing at Communist’s Daughter, trying to avoid the streetcar tracks while cycling along College – as a backdrop to explore her layered existence and ambivalent relationship with her mom.

Arriving less than a year after the #MeToo movement, this ended up being an essential voice in the ongoing conversation about women’s lives. GLENN SUMI

Officer’s empathetic doc drops in on residents living under a wrecking ball thanks to Toronto’s “revitalization” projects. Far from being an inactive observer, Officer and social workers engage Black children from the now-razed Villaways neighbourhood to speak their mind and feelings through song and poetry, with their anxieties and an uncertain future hanging over every word. RS

St. Onge’s debut felt like it could have been pitched as Toronto’s answer to Juno, featuring Lola Tash’s incredible performance as the titular too-clever-and-mature-for-her-own-good teen who works up an inappropriate romance with her young-but-not-young-enough teacher. St. Onge is too smart and sensitive with her character to fall for the ingratiating bullshit Jason Reitman does in Juno. Seek out this sweet, hilarious and unsung delight that in many ways was ahead of its time. RS

Arriving early in the decade, Cockburn’s intricately constructed narrative of lost characters searching for meaning in cryptic experiments and unexpected connections features one of Tracy Wright’s final screen performances, which adds to the movie’s strangely wistful tone. (Another key role is played by R.D. Reid, who died in 2017.)

Playful and intensely cerebral, it’s a movie about identity, individualism and social dynamics, tweaked with absurd humour about academic focus, cultural relics and a crowd named Alan. And Cockburn delights in obfuscating his Toronto locations: You Are Here’s funniest running gag is that people are constantly being given directions to intersections that don’t exist – hence, the film’s impossible title. NW

Of the three features writer/director Radwanski made about self-destructive outsiders in this decade (the others being How Heavy This Hammer and Anne At 13,000 Ft.) his 2012 debut is his most specifically Torontonian, being the story of a surly misfit (Derek Bogart) obsessed with capturing the raccoon he blames for his agitated mental state.

It’s a tale that rings true on every level: we’ve all been Derek, worn down to our last nerve by fixations, obstructions and inexplicable scratching noises in the middle of the night, but by the end of Tower we even empathize with the raccoon. NW

There’s a sense of community in Scarborough that is in some ways defined by its alienation from downtown. Wong captures that mood in a story about two characters idly working, living and yearning for more at the titular Wexford Plaza. Their isolation, evoked through Maya Bankovic’s sickly yellow cinematography, will speak to anyone who has ever felt just a tad out of reach. RS

At certain points, the geography even feels drunk with possibility – a climactic sprint from the west end to the Beach, for instance, or a rickshaw ride from Dundas West that arrives at the Royal from the east. (Centre Island looks glossier than it ever has in real life, thanks to cinematographer Luc Montpellier.) And the massive loft space where Williams’s character ends up now feels like the biggest fantasy of all. NW